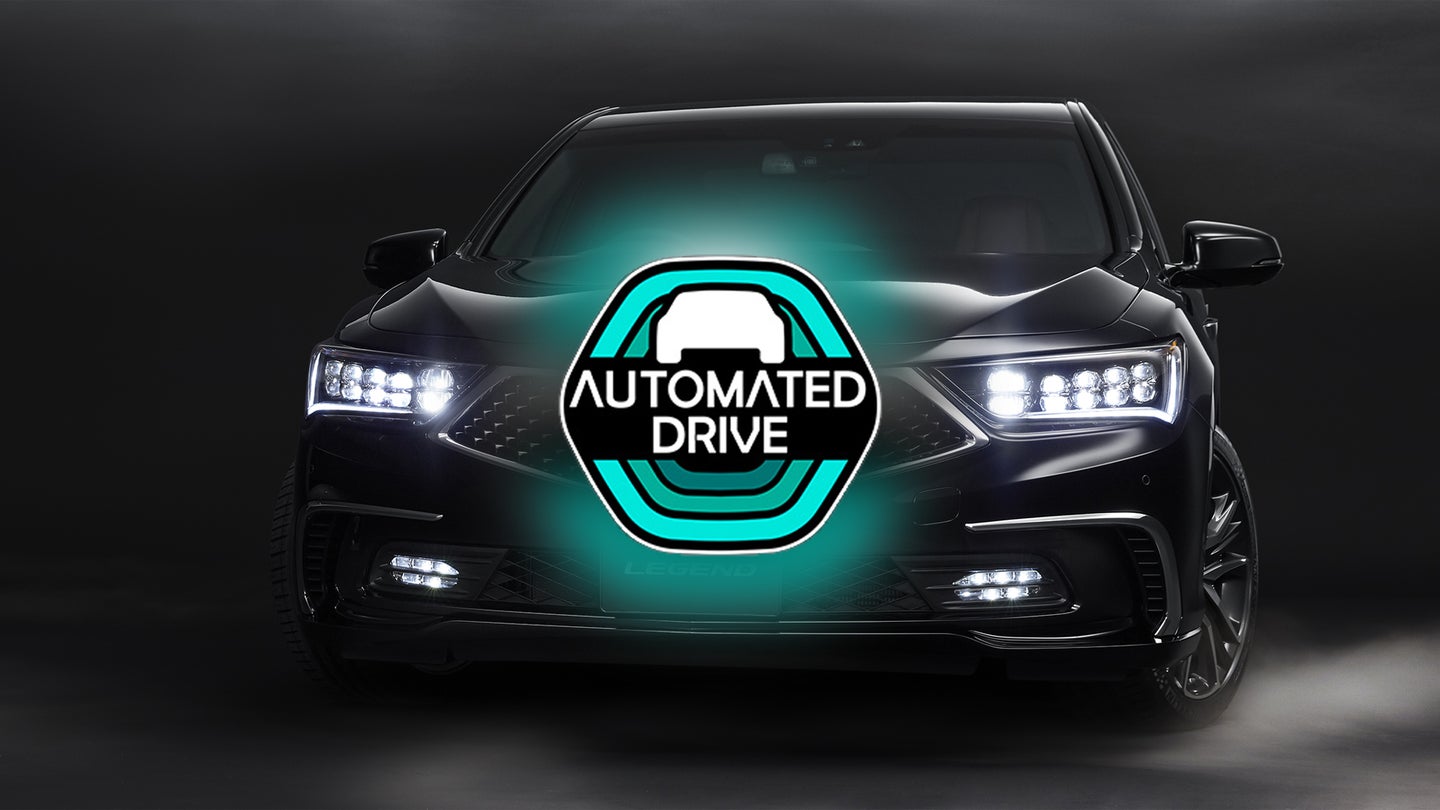 Honda has received regulatory approval from the Japanese Ministry of Land, Infrastructure, Transport, and Tourism (MLIT) to begin selling vehicles equipped with Level 3 autonomous driving, the automaker announced on Wednesday.

In a press release, Honda highlighted that it would begin the sale of the Honda Legend equipped with its all-new "Traffic Jam Pilot" feature by the end of the company's fiscal year (March 31, 2021). The feature is reportedly similar to GM's Super Cruise and Ford's Active Drive Assist in the sense that all road conditions must be perfect before Traffic Jam Pilot can be activated.

However, unlike the current domestic offerings where the driver is still technically in control of the vehicle, SAE J3016 defines Level 3 as a vehicle-operated functionality while engaged.

Should the vehicle need to disengage for any reason, the driver must be alerted before the driving conditions become unsatisfactory. Controls (including steering, accelerating, and braking) can then be handed back over to the driver who must continue to drive until the feature can be re-engaged under adequate conditions. Furthermore, despite Honda classifying its Level 3 offering as "eyes off" driving, the vehicle must also be equipped with a Driver Monitoring System which recognizes the condition of the driver.

There's a slew of other requirements that Honda must meet in order to launch the feature, including data retention, cybersecurity measures, and even a request to have a sticker on the backside of the vehicle's body to indicate that it is equipped with advanced vehicle autonomy.

Let's not downplay this moment—it's a big deal. While presently limited to vehicles sold in Japan, Honda's Traffic Jam Pilot is slated to become the very first commercially available function demonstrating Level 3 autonomous driving. No automaker, Tesla included, has announced its ability to reach this milestone in such an advantageous timeline.

Audi was almost the first automaker to offer this in its newest A8 using an identically named feature called “Traffic Jam Pilot,” however, it has since shelved the idea, meaning that Honda now has a shot at the title should it follow through with its ambitious plans.

Japan has known the importance of this for some time and has been anticipating the potential impact of autonomous vehicles on its economy and the daily lives of its citizens. In fact, nearly a year ago the Japanese government amended its Road Vehicle Act to help promote the commercialization of vehicles that meet certain conditions equivalent to the SAE definition of Level 3 autonomous driving.

So what does this mean for the rest of the world? For now, essentially nothing. However, the Legend is the Japanese market equivalent of the Acura RLX, only stamped with the timeless "H" badge as the Acura brand doesn't exist in the automaker's home country.

This means that should Honda choose to debut this functionality within the United States, it may look to its flagship luxury brand to help with adoption. Honda has previously noted its goal of bringing Level 4 autonomous driving to consumers by 2025, so this new functionality may be a mere stopgap in its plans.