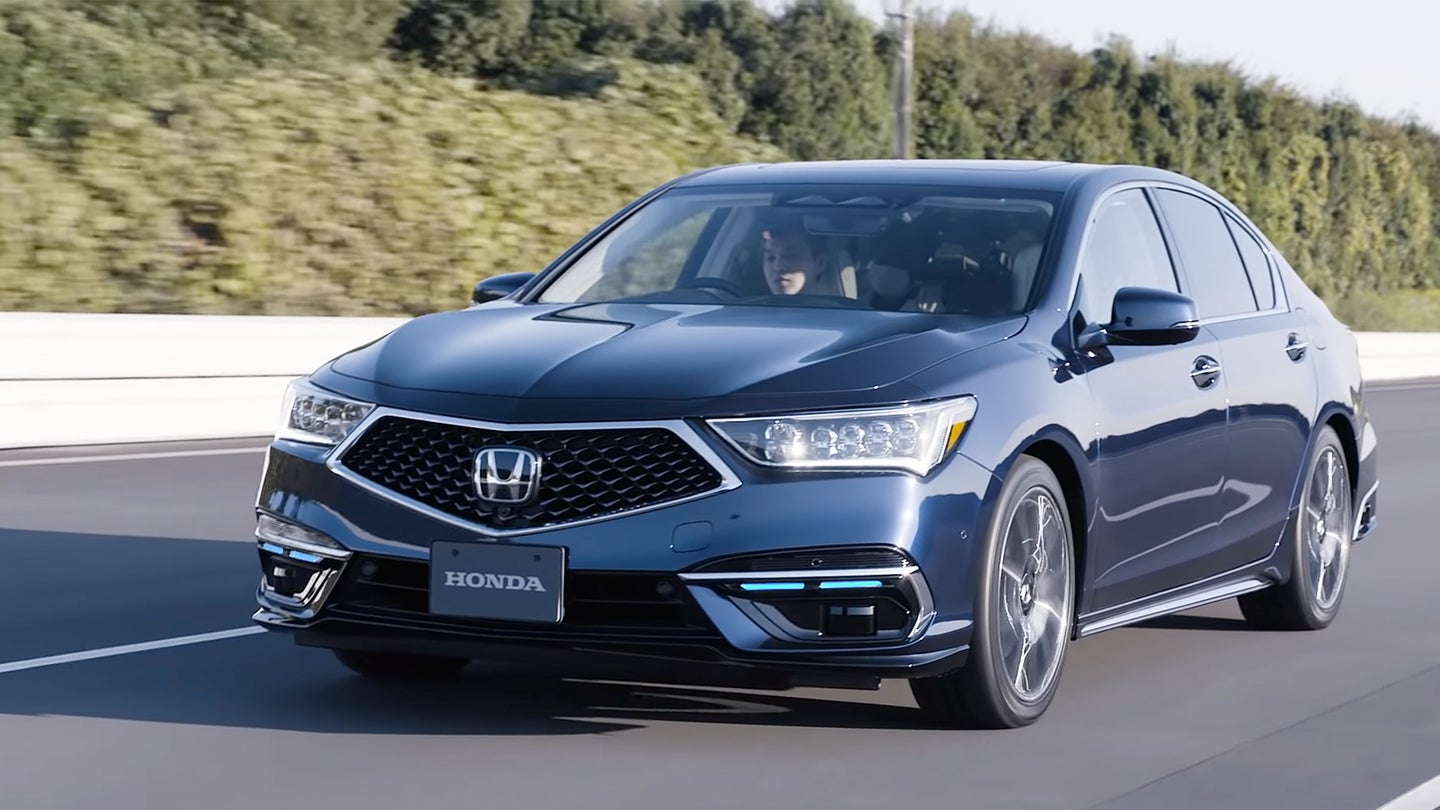 If you hop in the passing lane and promptly set your cruise control to the speed limit, then let me just ask—why? It defeats the point of even having a passing lane, and if you look at the numbers it's dangerous, too. Luckily Honda knows this and has made sure its advanced Legend sedan with Honda Sensing Elite will return to its original lane after passing on its own.

Recently, Honda confirmed the Japan-only car will feature its Level 3 Advanced Driver Assistance System (ADAS) which supports hands-free driving in certain conditions. In a video showing off the tech, Honda proves it's capable of passing slow-moving vehicles without driver intervention and also removing itself from the flow of fast-moving traffic once the maneuver is complete.

While Sensing Elite is engaged and the car is traveling in specific conditions, the vehicle will use its suite of onboard sensors to operate in-line with the SAE's definition of Level 3 conditional autonomation. Honda says that this allows drivers to take it easy and maybe even watch a movie on the infotainment system as the car makes driving decisions. However, the driver must be video to accept the hand-off of responsibilities at any given time should the car become uncertain of its environment.

As the car putts along the highway with its Level 3 system in-play, it may encounter a slow-moving car in its lane of travel. When this happens, the vehicle's vision system and radar-based sensors go into action to assess the surrounding lanes and determine if passing the offending vehicle can be done safely. If so, it moves into an adjoining lane and passes the vehicle.

But the job isn't done yet. After passing, the Legend will check to ensure that the lane is now free from obstruction and then begin transitioning back into its original lane of travel. You know, the way human beings should do it.

Honda filmed this example at its own proving grounds, so while it will likely translate to a similar real-world experience, it's worth noting that things might not always work the same when you're in a constantly changing environment. For example, it's quite common for drivers to take advantage of gaps in traffic created by ADAS features like adaptive cruise. Could Sensing Elite be bullied in a similar manner?

Keep in mind that this particular feature isn't necessarily exclusive to Honda, although it is the first automaker to implement it in a Level 3-equipped car. Tesla vehicles optioned with the $10,000 Full Self-Driving upgrade for Autopilot utilize a feature called Auto Lane Change that works similarly (you can watch a demo here), though Tesla's offering is presently capped at Level 2 and requires the driver to keep their hands on the steering wheel at all times for it to function.

Regardless, it's reassuring to see car companies make an effort to follow the rules of the road and not just create a half-baked product that gives itself carte blanche over other vehicles on the highway. Kudos, engineers.