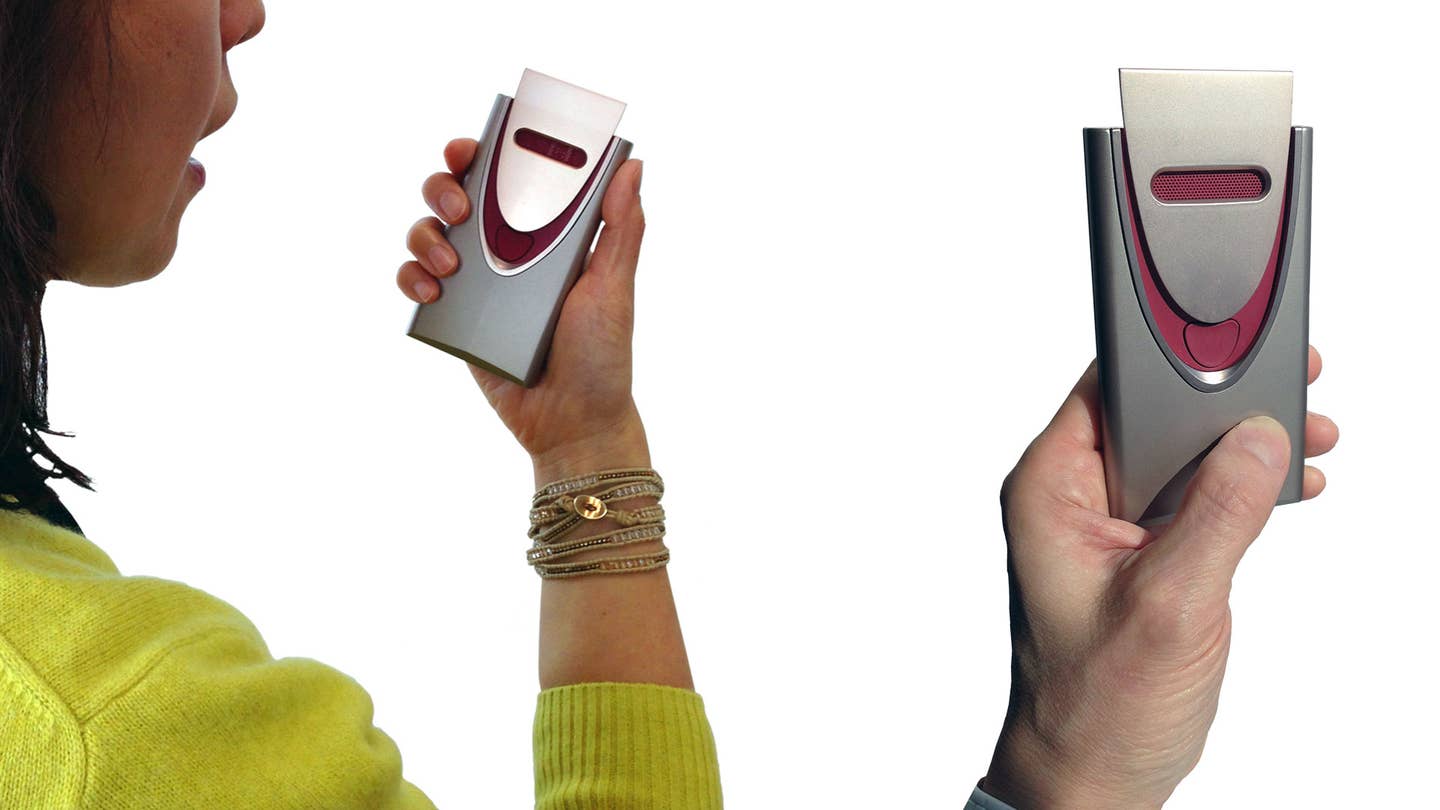 Honda’s research and development arm worked with Hitachi to create a prototype breathalyzer that can fit into a smart key – a substantially sized smart key, that is. Its heart is tiny, though: a five-millimeter sensor that can detect whether the gas blown into it is human breath, with a conductivity test for water vapor. If that first test is passed the gas is sent through three kinds of semiconductor sensors to measure ethanol, hydrogen, and metabolized acetaldehyde. In no more than three seconds it can register ethanol concentrations as little as 0.015 mg/L, the legal limit for drunk driving in Japan. That equates to a blood alcohol content of 0.03 in the US.

The rest of the smart key includes wireless systems that communicate with the car. Honda and Hitachi say the breathalyzer can display the tested BAC on a display panel inside the car, and assuming the blower is over the limit, prevent the car from starting. Honda and Hitachi figure the portability of this system is superior to traditional ignition interlocks that require a driver to blow inside the car; by determining your drive worthiness before you even get in the car, they say you’ll have less temptation to drive drunk. For some reason they don’t think this portability will make it easier to hand the breathalyzer to the one sober person nearby. And none of this gets close to what the US National Highway Traffic Safety Administration is really after, which is a uniform interlock policy nationwide and a breathalyzer hooked into a camera in the car to make sure the breath being tested comes from the person driving the car.

Honda and Hitachi only have a prototype for now, which they’ll show at the SAE 2016 World Congress in Detroit, Michigan. After that they’ll submit it to further practical trials in hopes of commercialization, by which time we expect will be quite a bit smaller.

Better yet, they should hook up with Samsung for the Galaxy Edge 8. With this development and others like BMW putting a touchscreen on the i8 fob we’ll go ahead and say Volvo has the right idea by making your phone your car key – let’s just get all the gewgaws in one place. Then, when your phone tells you it won’t let you drive home, it can automatically order an Uber and some cheap Mexican take-out. Less clutter, and everyone wins.