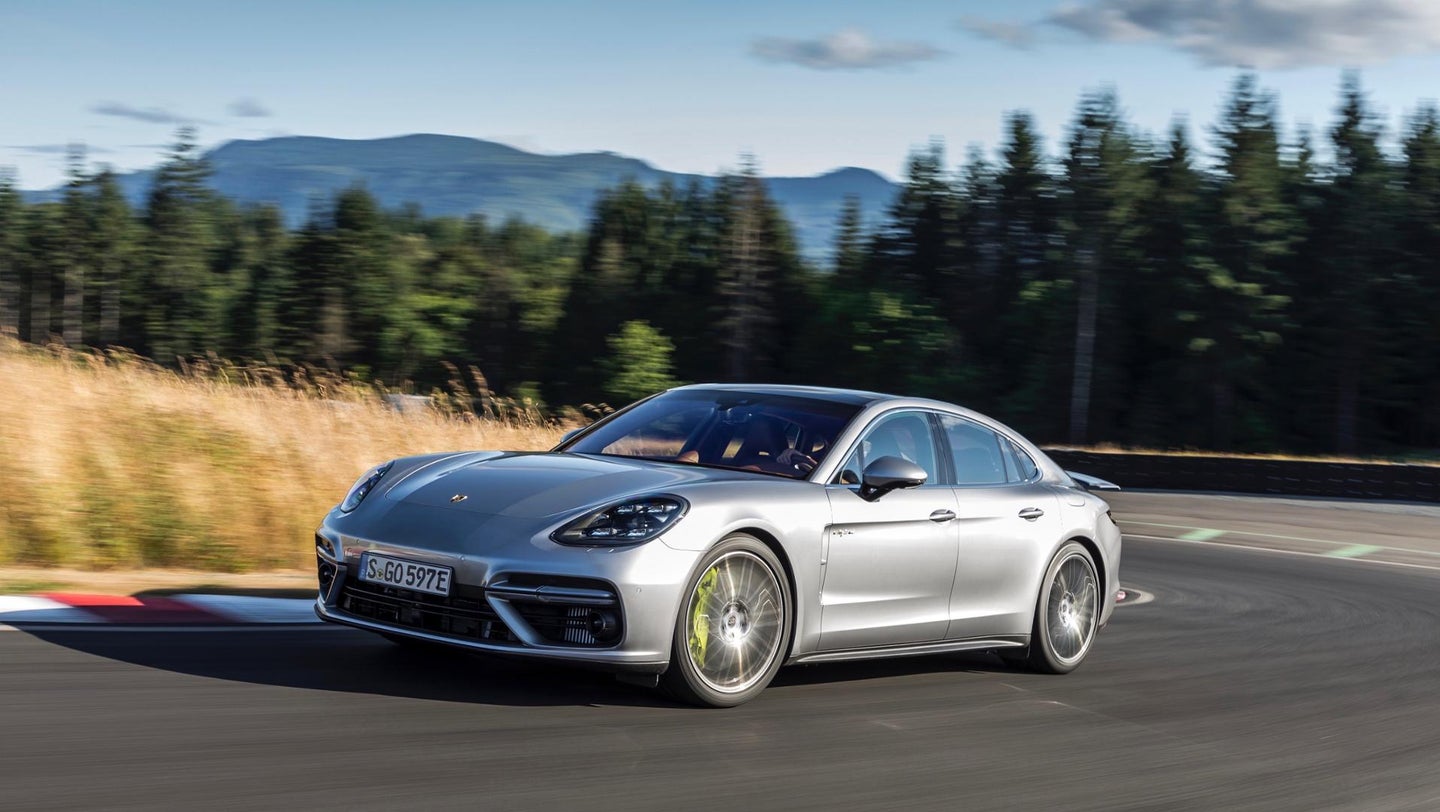 As if Porsche's lineup wasn't confusing enough, the company is reportedly planning a two-door Panamera grand tourer as an even more practical, front-engined alternative to the 911. According to a report by Autocar, the continent-crushing Porsche would come as both a coupe and convertible and do battle with other long-legged 2+2s, specifically namechecking the BMW 8 Series and Aston Martin Vantage. (The new Vantage, if you ask us, is more sports car than it is a GT car but OK.) It's expected to debut sometime in 2020.

When asked about the claims, original-Panamera designer Michael Mauer told Autocar, "I believe it is the design department’s role to sketch and consider every model it can for the future so that we are ready should anyone wish to pursue a project. But if you are asking me to confirm if such projects are on the way then you are going to be disappointed. It is not my role to consider such things."

The report goes on to cite "German media" in saying the development of a two-door Panamera is already well underway and that the car would sit on a shortened version of the Volkswagen Group's MSB platform. The platform not only underpins the existing, four-door Panamera but also the human-driver-justifying Bentley Continental GT—a two-door Panamera's natural rival.

The British publication also notes that it's possible for the upcoming Porsche grand tourer to not be called a Panamera at all, taking on a completely new nameplate more suited to its sporting intentions. Powertrain options, however, are fully expected to be carried over from the sedan including a plug-in Turbo S E-Hybrid version.