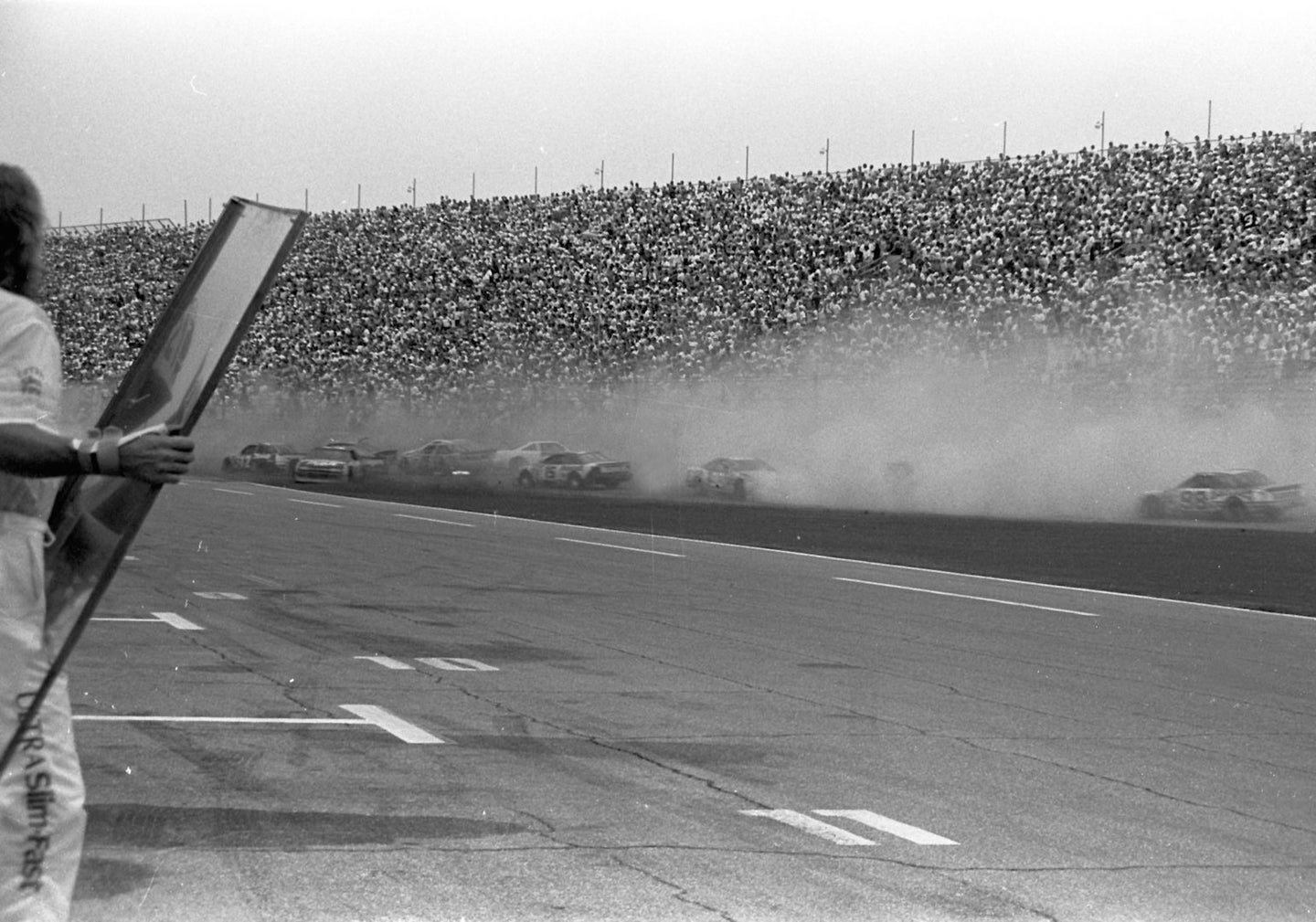 Remember NASCAR's Car of Tomorrow? The "COT" represented the last time the sanctioning body of the nation's biggest motorsport tried to improve the safety and competitiveness of its on-track product and hold onto its dwindling share of audience. A somewhat valiant effort (introduce a wing and a splitter), it failed to impress the drivers or stanch the bleeding marketshare.

On Monday, NASCAR announced a dramatic—and confusing—overhaul of its core racing format. Where drivers have since the dawn of stock cars raced continuously from start to finish, they will now run in three segments. The goal is to shoehorn in more time for TV ads and break up races that are often, quite frankly, tedious processions of left turns.

The new format will divide every race into three segments, or heats, revamp the scoring system in an effort to force drivers to drive their fastest at all times. Take a step back, it looks like the powers that be at NASCAR are chasing the millennial hormones that Global Rallycross has captured with its multiple-heat races. This strategy dovetails nicely with NASCAR's new premium title sponsor, Monster Energy Drink, which is a beverage of choice among the kids.

This all seems like a wise idea. In the wake of the retirements of the sport's two most charismatic drivers, Tony Stewart and Carl Edwards, NASCAR is recrafting the racing product into a format the short-attention-span youth are consuming today. After all, NASCAR's demographics are frighteningly aged, and capturing the next generation of fans is a certainly critical. But in the hierarchy of what ails NASCAR now, this heat format does little to address the truly existential crisis facing the sport.

The biggest problem is one that probably can't be solved. That is this: the lions share of NASCAR races take place on the wrong tracks—and those tracks are oftentimes owned by the International Speedway Corporation, which is owned by the France family, which also owns NASCAR. These include Kansas, Michigan, Miami-Homestead, Phoenix, among others, and are 1- to 2-mile tracks that tend to showcase the wrong qualities of low-downforce, high-horsepower stock cars.

The most frustrating aspect of the new format is that the good NASCAR races comprise some of the best racing in the world—short tracks like Martinsville, superspeedway races in Daytona and Talladega, and the highly underrated road circuit races at Watkins Glen and Sonoma, which tend to showcase driver skill.

We understand that NASCAR needed to make changes. That much is true. But if you divide dull races into three segments, don't you just create three short dull races instead of one long one?