Krista Voda Is The Quarterback of NBC’s NASCAR Coverage

And it all boils down to today... 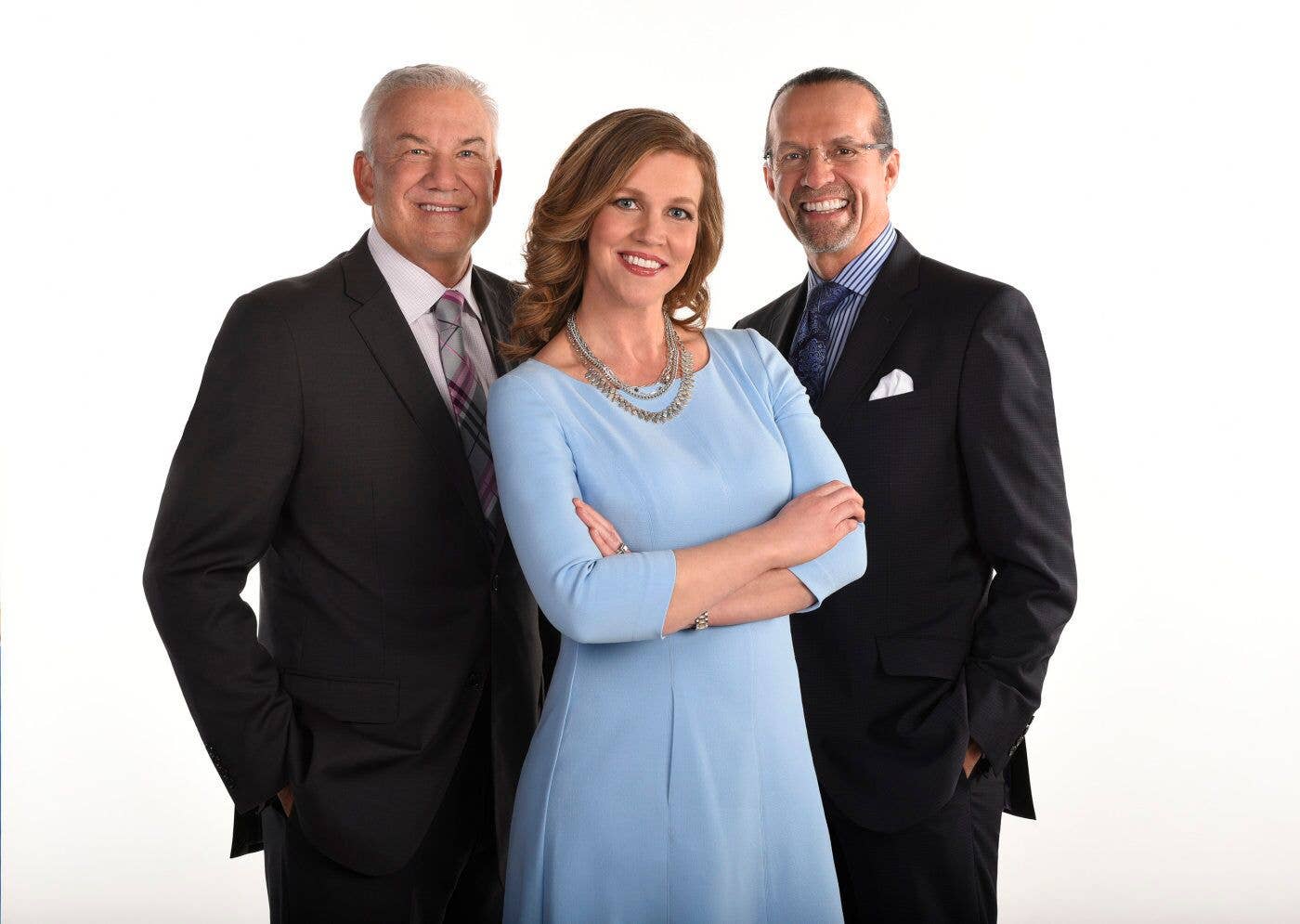 If you’ve tried to call Krista Voda the past month or so and she hasn’t picked up, give a girl a break: She’s been a little busy. As essentially the quarterback of NBC Sports coverage of NASCAR Sprint Cup and Xfinity series, for Voda and the crew at NBC, it all boils down to today: The last race of the NASCAR season, deciding a pretty emotional championship between finalists Joey Logano, Carl Edwards, Kyle Busch and the comeback kid, Jimmie Johnson, poised to make history as he battles for a record-tying seventh championship, which would put him on par with arguably the two greatest NASCAR drivers ever, Richard Petty and Dale Earnhardt.

“It’s been a long season,” Voda admits. “But it’s a good problem to have. On my worst day, I have a job that I love.”

Voda, 42, is from Clinton, Iowa, a medium-sized city between Des Moines and Chicago. Though Iowa was a hotbed of oval track racing when Voda was growing up, it was of the dirt track variety, not stock car racing, and it never really spoke to her. “I was a stick-and-ball-sport fan,” Voda recalls, and she played conventional sports in school, and quite well. In 2001, armed with a broadcast journalism degree from University of Northern Iowa, Voda was a weekend sports anchor at a station in Lexington, Kentucky covering motorpsorts, sure, but everything else, too, when a former co-worker suggested she apply for an opening in Charlotte at a show called Totally NASCAR.

She applied, but it wasn’t without some trepidation: She’d been covering the Kentucky Derby, the World Series, the NHL, the NBA, the NCAA – “I wasn’t really sure I wanted to give up all those other sports,” she says. But she got the job, and not only began covering NASCAR but other forms of racing, from the American Le Mans Series to Soap Box Derby.

In 2006, she moved to the NASCAR Camping World truck series, excellent training for what she’s doing now. And what she’s doing now is high-profile stuff: Voda serves as host of NBC Sports Group’s NASCAR Sprint Cup and Xfinity series pre- and post-race coverage, plus her duties on NASCAR America on NBCSN. And since NBC has the second half of the NASCAR season, viewers have come to depend on her to bring some perspective to the Chase for the Championship, along with co-hosts Dale Jarrett and Kyle Petty. “I’m drawn to storytelling” she says. “The thrill of competition, to athletes overcoming difficulties. And we’ve had all that this season and more.”

Voda says she was fortunate to have the late Steve Byrnes as her mentor, and he stressed preparedness. Early in her NASCAR career her desk was covered with manila folders full of notes and clippings as she researched drivers and teams and races. But now, with 15 years of NASCAR under her belt, she no longer needs the reference material the way she once did. And she is amazed that just as she had a mentor, she’s being thought of as a mentor to young broadcasters now, especially women. “And that’s a little hard to get my head around.”

After this weekend, Voda and her family can take some time off, but news is made in NASCAR every day. “And before you know it, Daytona is here,” she says. “But we’ve got this Homestead weekend to get through first.”