Preview: The NASCAR Race At Homestead-Miami

NASCAR's Championship 4 is set and the newest Monster Energy NASCAR Cup champion will be crowned at the Ford EcoBoost 400 at Homestead-Miami Speedway. 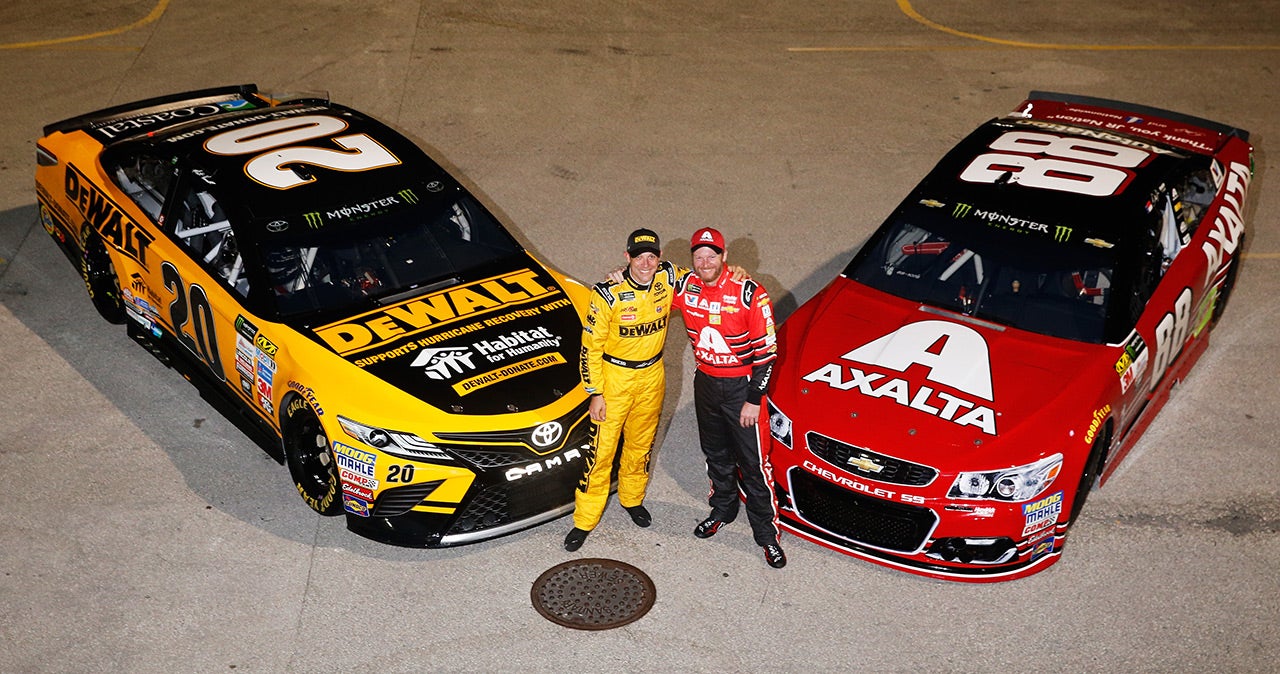 For 26 weeks, 40 drivers raced each week in a “win-and-you're-in” format for a chance to compete in the playoffs and an opportunity to race for the title at Homestead-Miami Speedway. Sixteen drivers were successful and secured a spot in the playoffs, but after 9 races, only 4 drivers remain in the hunt for the Cup. One will become the newest Monster Energy NASCAR Cup champion at this Sunday’s Ford EcoBoost 400. Here is what you need to know heading into the championship race.

Starting Lineup and Stats for the Championship 4 Drivers

The Storylines of the Week

Denny Hamlin plays spoiler and will start first in the final NASCAR race of the season. Hamlin took the top spot during the Cup qualifying session with the best speed of 173.980 mph, beating out the Championship 4 drivers to the coveted starting position.

Homestead-Miami will be Dale Jr.’s final ride as a full-time Monster Energy Cup driver. To the dismay of NASCAR Nation, Dale Jr. announced earlier in the season that he was retiring and the day has come when Junior Nation has to say bye. Dale Jr. has had a very frustrating and lackluster season, which was further illustrated when he failed to qualify higher than 25th during qualifying in his last Cup start due to a technical issue. As a driver, Dale Jr. may not leave the sports as a winner, but as the owner of JR Motorsports, he has three drivers racing for the championship title in NASCAR’s lower competition level, Xfinity Series.

A very emotional Danica Patrick announced that she is done as a full-time Monster Energy NASCAR Cup driver. Patrick has plans to race in the Daytona 500 and the Indy 500 next year, but she has yet to secure a team or sponsor. Unlike Dale Jr., her pending retirement wasn’t planned. Chip Ganassi Racing has confirmed that the team spoke with Patrick about the possibility of fielding a car for her in both races.

Matt Kenseth, who also does not have a ride for 2018, seems to be at peace with not racing next year. The veteran driver who started his full-time NASCAR Cup career in 2000, the same year as Dale Jr., appears to be ending his career the same year as Dale Jr. Like Dale Jr., Kenseth will run a throwback paint scheme resembling his rookie season for what very well may be his last time driving in NASCAR’s Cup series.

Recently retired driver Tony Stewart has an opportunity to add another championship to his arsenal, not as a driver, but as a car owner. After the race at Texas, the Stewart-Haas Racing co-owner had this to say about one of the drivers vying for the title, “When he [Kevin Harvick] gets locked in like that, he’s dangerous.” Harvick, who is part of the Championship 4, will start in ninth position at Homestead-Miami.

With Stewart’s retirement, the recent departure of Jeff Gordon, Carl Edwards, and now Dale Earnhardt Jr., Matt Kenseth, as well as Danica, the final NASCAR race of the season at Homestead-Miami should be memorable. We are truly witnessing the changing of the guard. The race at Homestead-Miami is a must-watch for two reasons—to witness history in the making, and to bid farewell to the NASCAR stars of yesteryears making a speedy exit from the track. With only a few veterans left, it is only a matter of time before the flame of old-school racing is thoroughly extinguished as the sport undergoes renewal and welcomes the new-age millennial drivers.