There isn’t anything anyone can say to end the debate. 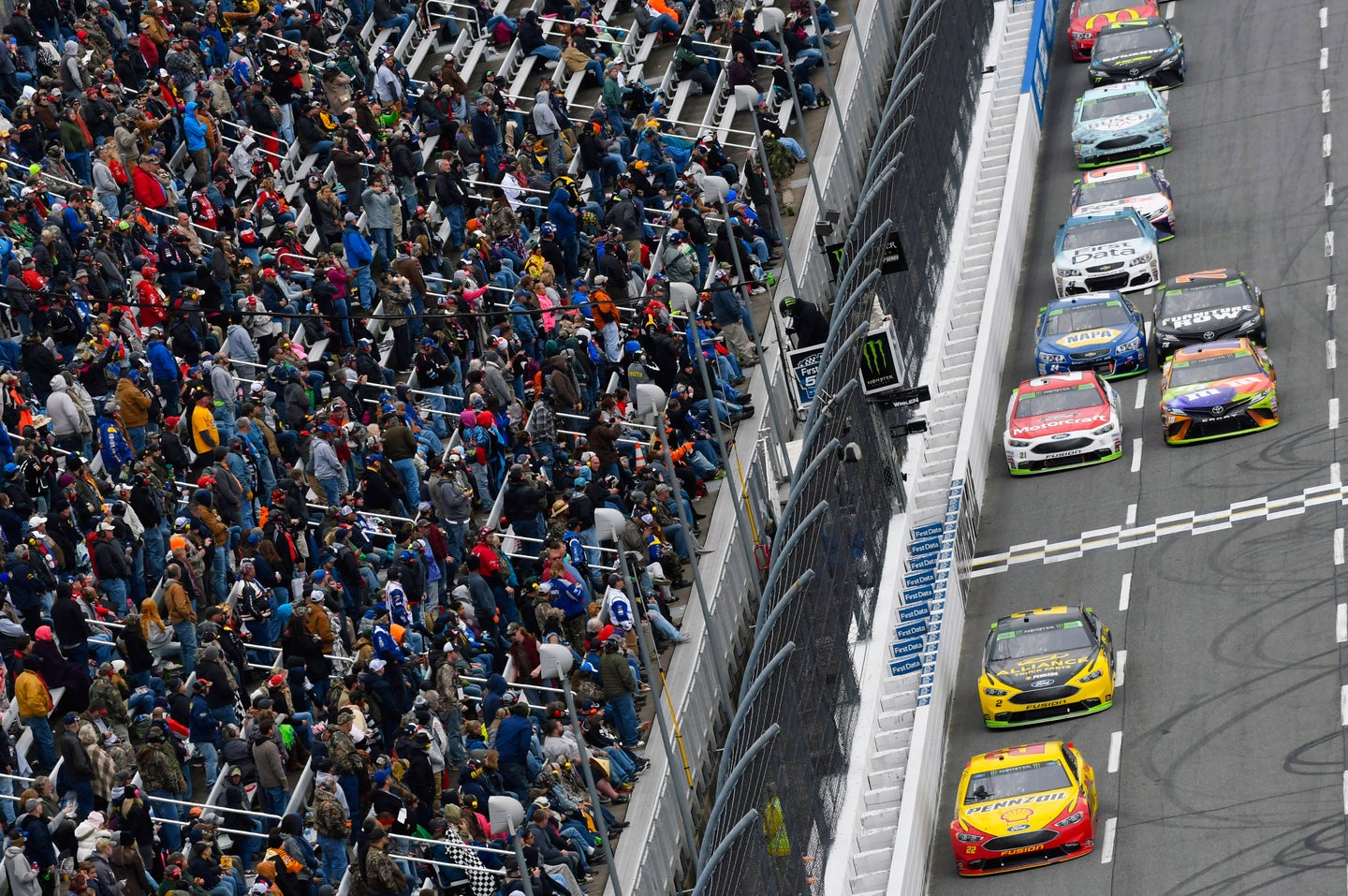 Is auto racing really a sport? Which is better—Formula 1, or NASCAR? What are the similarities and differences between NASCAR, Formula 1, and IndyCar? Why is NASCAR better than Formula 1? All valid questions that I'm not going to attempt to answer. Why? Because the Formula 1 versus NASCAR versus IndyCar debate has raged on for some time, well before I jumped into the world of motorsports. This topic will continue to be debated no matter what I say. More importantly, I’m not here to debate which is better; I’m here to share my experience and let you form your own opinion.

I’m not going to bore you with all the specs and tech of either motorsports series. I’m not going to talk about the average speeds and how IndyCar and F1 drive at blistering speeds of 200-plus mph while NASCAR is typically slower than that. Who am I to compare statistics across each series like attendance numbers, popularity, car characteristics, track layouts, TV coverage, or who has the best drivers in the world? Nor will I talk about the global appeal of Formula 1 versus NASCAR versus IndyCar. I’m qualified to discuss all that and then some, but as a “true fan” and like the guys in the barbershop arguing over their favorite sports teams, I ride with my preferred motorsports series no matter what. And yes, I’m team NASCAR all day, every day.

How Does an IndyCar Pit Crew Train For 7 Seconds of Glory?
The Drive

What Makes Me Qualified, You May Ask?

I love everything about branding, but right now it seems like my life revolves around all things cars and motorsports. Whether it’s content creation or simply sharing my experience, I have worked with a multitude of brands in the motorsports world. This year, I was in the pits and garages of all the major U.S. races including NASCAR’s Daytona 500, the Indy 500, Formula E’s New York Grand Prix, and the Formula 1 United States Grand Prix in Austin, Texas. I’ve been behind the wheel of a car or two or three on test drives for a variety of manufactures and I have been fortunate to attend a few driving schools. NASCAR’s pit school—been there, done that. I’ve been in the labs of Valvoline and Shell learning about oils and lubes that make NASCAR and F1 cars go. Once upon a time, I helped build an engine at Hendrick Motorsports. Oh, and I’ve interviewed a few drivers, and chat with bigwigs in the motorsports world from time to time. I can go on, but I’m sure you get it.

All facets of the motorsports world collide for me all the time. Case in point, while at the Formula 1 U.S. Grand Prix, I hung out a bit with IndyCar Champion, Josef Newgarden. I had a chance meeting with Red Bull Racing F1 boss, Christian Honor, and talked a little NASCAR with him. I also spent some time with former racecar driver, Bob Bondurant who is now the headmaster of the largest purpose-built driving school in the world.

I have attended my fair share of motorsports races across all series, but truth be told, I live NASCAR daily. I write and talk about NASCAR all day, every day. Frankly, it consumes a lot of my time. I do appreciate IndyCar and Formula E, but it’s NASCAR and Formula 1 that I find myself debating the most. It is my love for NASCAR and my passive-aggressive approach to the world of Formula 1 that prompted me to write this article.

Each series offers something different for everyone. I am somewhat entertained by all auto racing, but it’s NASCAR and F1 that commands my attention. They are two different worlds, but I welcome them both.

The poshness and the snootiness of F1 is a world that I enjoy; however, it’s the blue-collar principles of NASCAR that I have come to appreciate. Comparing NASCAR and Formula 1 is like discussing the difference between beer and wine. One may be better than the other, but that’s up for interpretation and your appreciation of taste and flavor.

I love the contrast between NASCAR and Formula 1. It’s like deciding between a Ferrari and a Ford, or concession food like chicken fingers as opposed to having a meal prepared by a chef in your hospitality suite; literally. There is nothing wrong with either, but it’s your mood and emotions that will drive your decision.

Formula 1 is the cutting edge of technology, but don’t be fooled, there is nothing “stock” about the National Association for Stock Car Auto Racing. There is something to be said about the ability to make all left turns going nearly 200 mph in an unpredictable car where aerodynamics, including drag and downforce, can be the difference in winning or hitting a wall. It is also hard not to be entertained by the hillbilly redneck-ness of NASCAR or the constant rule changes and even the ongoing madness of NASCAR—also known to NASCAR folks as “Silly Season.”

My motorsports palette is very diverse. After many conversations and chance meetings in the motorsports world, I realized that there is something exhilarating and infectious about NASCAR and Formula 1. I do watch IndyCar, Formula E, and some other series just because, but I’m not emotionally invested in what they offer. When a friend who works for IndyCar told me to “come over to the IndyCar side,” I simply replied, “I can’t really say what I like about IndyCar.” I’m not sure if that says much about me or what IndyCar has to offer. Ironically, I can go on and on about NASCAR and convince anyone why they should watch. The drama, the storylines, and the silliness are a few of my selling points.

Let me reiterate, there isn’t anything that I can say that will end the argument about which is the better motorsports series. In fact, we should be asking why is this even up for discussion? Those not familiar with auto racing will offer many reasons why it’s not even a sport. Just as motorsports fans will try to convince you that NASCAR is better than Formula 1, or why Formula 1 is better than NASCAR and IndyCar. Ultimately, it's up to interpretation. It’s your analysis. It’s your opinion.

NASCAR is not Formula 1 and I believe they shouldn’t be compared. I love NASCAR (if it isn’t apparent), but there is something about Formula 1 that I will always find intriguing. As I further explore all that motorsports have to offer, I welcome you to follow my journey as I share my thoughts each week on the auto racing series I know best—the neverending saga that is NASCAR.