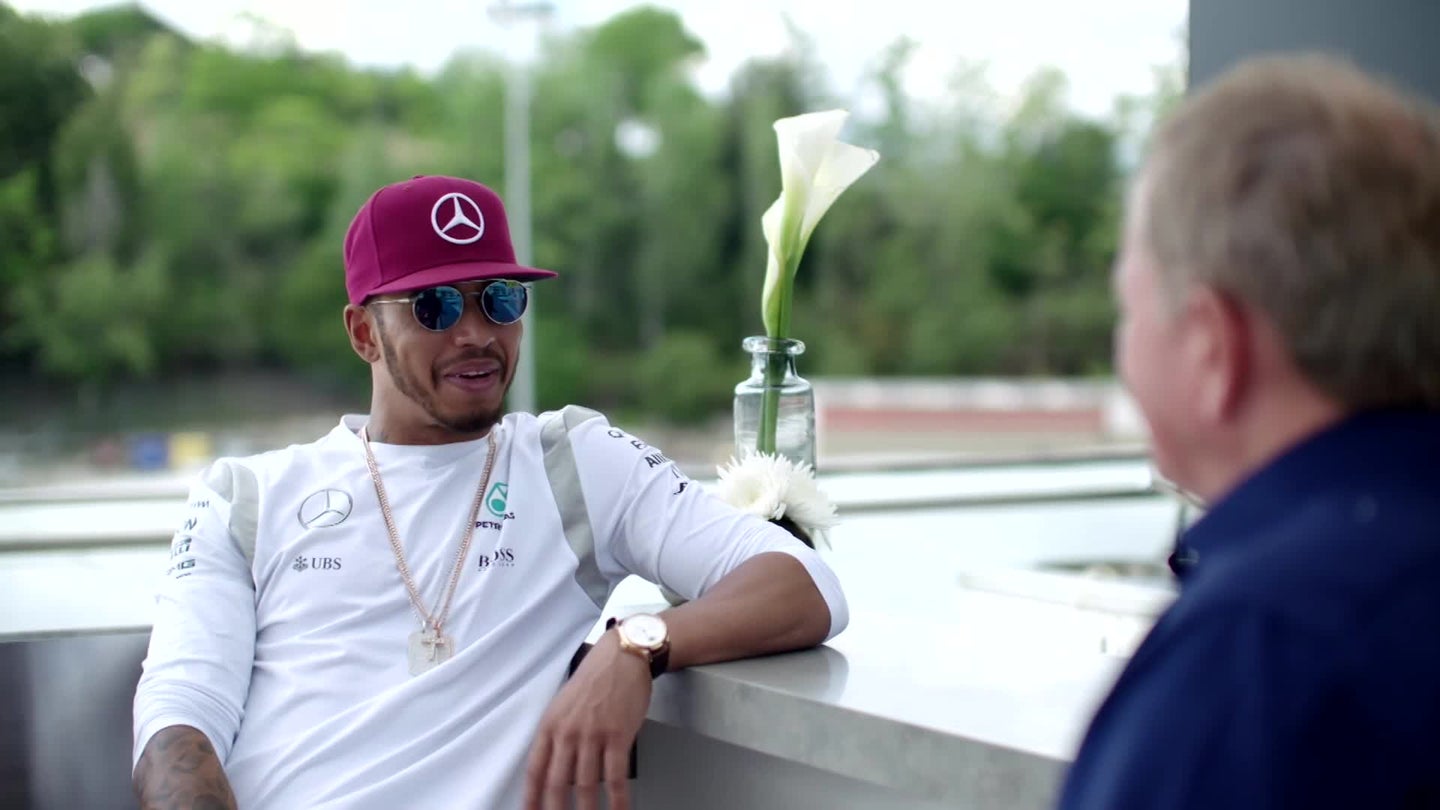 Lewis Hamilton isn't one for keeping quiet. His outspoken demeanor has recently led him to make some comments on Fernando Alonso and his place in IndyCar, much to the chagrin of current IndyCar competitors. After Hamilton released his doubts on the viability of competition in the American series, drivers like Tony Kanaan and James Hinchcliffe have announced their thoughts on the ordeal—and they're not happy.

It all start when Lewis Hamilton said the following in an interview with French publication L'Equipe:

I looked at the times and, frankly, for his first-ever qualifying for Fernando to be fifth—what does that say about Indy? A great driver, if he cannot win in Formula 1, will look for other races to win ... But to see him fifth against drivers who are there all year is...interesting.

IndyCar competitors haven't taken too kindly to these statements, and several of them have spoken out about their feelings on the matter.

James Hinchcliffe went on to discuss those statements, telling Motorsport.com:

It’s funny hearing criticism about the depth of our field from someone who has to race three other cars, when we have seven winners in the first seven races. It shows how competitive this series is, the parity between the manufacturers, between teams, just how difficult it is to win one of these races.

Seeing drama spark up in IndyCar adds flair to the series, though this isn't exactly what officials had in mind when boosting its popularity.

﻿I can’t imagine the feeling of going to each and every race weekend and knowing that all I got to do is beat my teammate and I’m going to win, but it doesn’t happen here. [...] I put Scott Dixon in a Mercedes all day long, and Lewis is going to have more than he really wants to deal with, I guarantee you. Maybe not me, but Scott Dixon.

IndyCar veteran Tony Kanaan also stated his feelings on Hamilton's remarks. He said as much in an interview with Globo, and Autoweek translated the dialogue, saying:

What can I say. The guy (Hamilton) competed in a two-car world championship last year and was second, so I don’t think he can say much. It was a pleasure to have Fernando here. He is humble, not like some of his colleagues who were making comments this month.

This is, of course, a reference to Hamilton's title contention last year with his then-teammate Nico Rosberg.

Alonso has remained quiet on the situation, which is probably the smarter decision. With big races quickly approaching in both Formula 1 and IndyCar, there's plenty left to be settled on the track—let alone in the press conference.