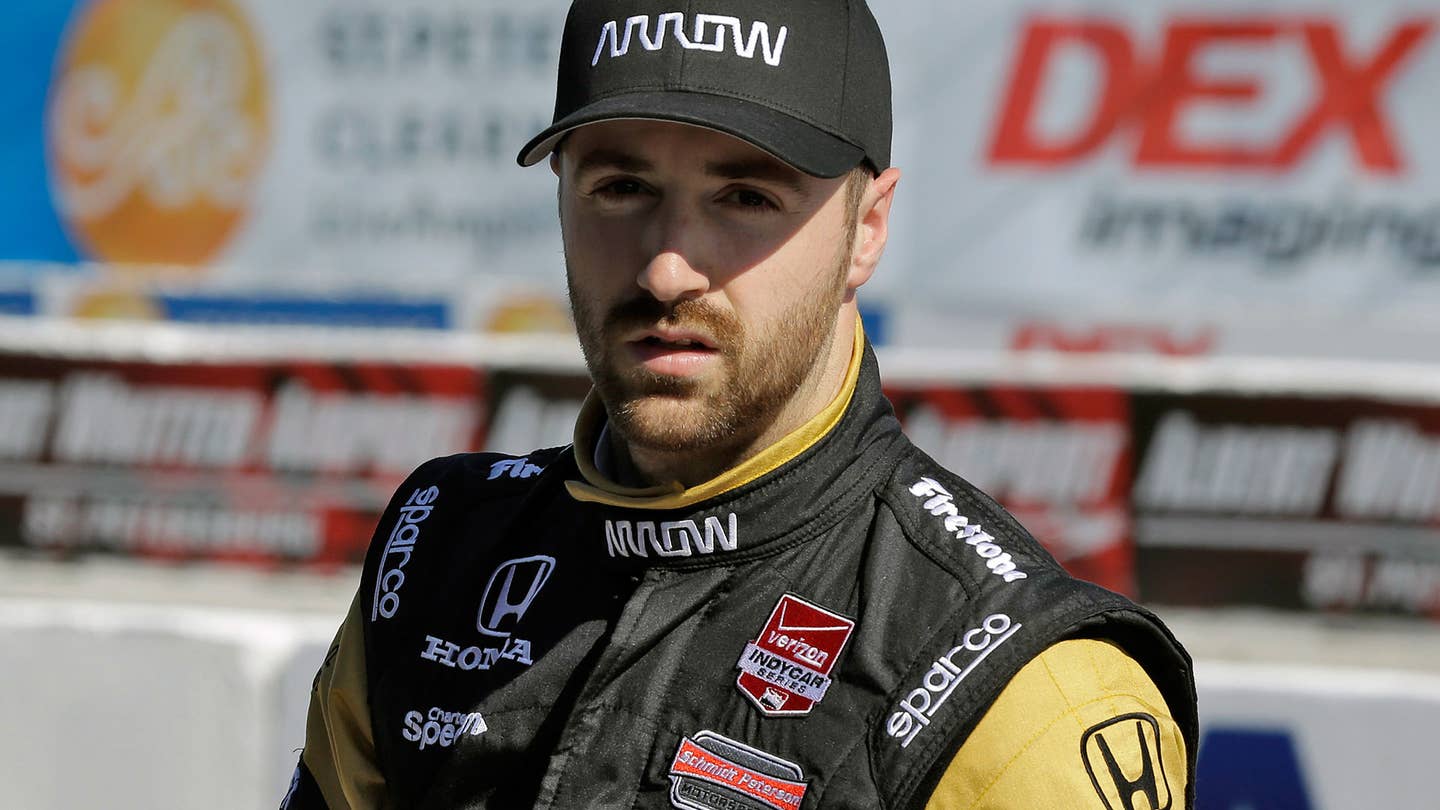 When James Hinchcliffe's Honda-Dallara hit the wall at Indianapolis Motor Speedway last year, everybody North of the 49th parallel held their breath. The affable Canadian is an IndyCar fan favorite, and the crash was serious—a broken suspension component pierced Hinchcliffe's leg, causing massive blood loss. We needn't have worried, though: The self-proclaimed "Mayor of Hinchtown" comes from a land where inhabitants are genetically selected for their ability to take a slapshot to the thigh. No problem, bud, just walk it off there, she'll be right, eh? So, of course, Hinch was up and about in a few weeks. And now we know what his secret elixir is, and it's Canadian as fluids can get: Beer.

Flat12 Bierwerks is a craft brewery located in Indianapolis, not far from the racetrack. Thirsty for a little Brickyard action and a cold one? Forget the Molson's and grab yourself a four-pack of Hinchtown Hammerdown, a pilsner-style beer with a little Canadian race champion mixed in. Slated for release this May, this beer isn't just a tribute to Hinchcliffe—he's actually the brewer.

The man himself is down at Flat12 today, helping brew and can his beer, as well as a new IPA from Flat12 called The Bricks. Drinking and driving is for jabronis, but drinking and watching racing is highly recommended. Pick us up a two-four there, James, ya hoser.