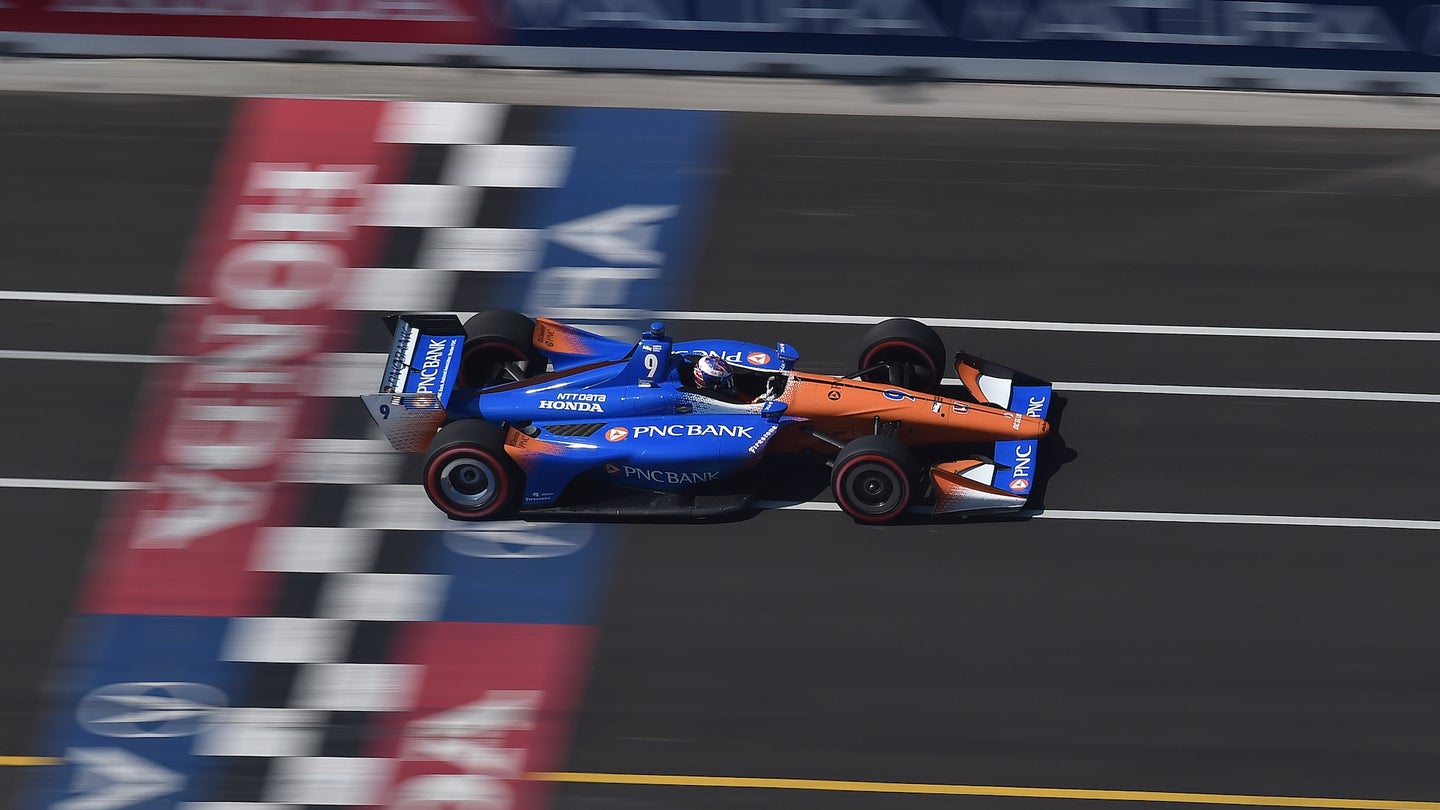 Sunday's showdown on the streets of Toronto proved that the fourth-oldest race on the IndyCar schedule is still as exciting as ever. And while Team Penske's Josef Newgarden failed to consolidate on the impressive form he's shown since Road America, Ganassi's Scott Dixon proved that he's still the man to beat.

The Iceman pounced when the opportunity presented itself on lap 33 when Newgarden brushed the wall during a restart and was forced to pit for repairs. Further down the grid, it was hometown hero Robert Wickens who showed his disappointment about failing to pass Simon Pagenaud for second place, but ultimately greeted tens of thousands of Canadians from the third step of the podium. Making things even better for the local fans was the fact that Wickens' teammate, James Hinchcliffe, followed him to an exciting fourth-place finish.

Of course, social media erupted with joy for the Canadian duo.

The New Zealander prefers to do his talking on the track rather than on social media, but this image courtesy of IndyCar shows one of Dixon's motivation for winning fifth IndyCar championship: his wife Emma and their two young daughters (not pictured).

The Flying Frenchman drove a hard-fought race that saw him get some heat from the Canadian fans after he had an encounter with home favorite Wickens. However, Pagenaud took a lighthearted approach to his podium celebration by making fun of countryman Sebastien Bourdais, who dropped and broke his Toronto trophy in 2013.

The former DTM racer enjoyed his first opportunity at piloting an IndyCar in his home country of Canada, and he made it extra meaningful by parking his Honda-powered IndyCar on the third step on the Honda-sponsored podium. As the Canadian said after the race "It was a bucket list item."

The Mayor of Hinchtown came oh so close to climbing on the podium at his home race, but it simply wasn't in the cards. However, the Canadian scored valuable points for Schmidt Peterson Motorsports and was one of three Hondas in the top four.

Harrison Scott somehow walked away from this.