Much like the legendary (and non-existent) Ricky Bobby once signed a baby's forehead while surrounded by dozens of clamoring fans, IndyCar's reigning champion Josef Newgarden and his teammate Simon Pagenaud are running loose autographing everything they can get their hands on. But not to worry, because everything Pagenaud is singing only belongs to Newgarden, and everything Newgarden is branding only belongs to Pagenaud. Especially his house...

It's safe to say that this autograph battle currently trending on social media as #IndyCarAutographBattle doesn't come as a surprise. After all, we're talking about two guys who race for Team Penske, one of the most prestigious IndyCar organizations, and love doing nothing more than competing and winning. Of course, in this case, we're not sure what actually accounts for "winning," as the sport of Sharpie-ing doesn't quite have a governing body, rulebook, or really even exist yet.

The autograph battle, which by now has seen the homes of both racing drivers autographed by their respective teammates began when Pagenaud had to transport Newgarden's racing suit and helmet so he could have it on time for a promo shoot at the Indianapolis airport. Following the drivers' return to their respective homes in Charlotte, North Carolina, Newgarden forgot to request the suit and helmet back from Pagenaud who, like any good teammate would, proceeded to sign the visor of Newgarden's helmet and share the video on Twitter.

But don't think for a minute that Newgarden is the victim of Pagenaud's mischief, because Newgarden had already taunted Pagenaud and other IndyCar drivers while going on an autographing spree at the Indianapolis Motor Speedway boutique at the airport, which saw the IndyCar show car and even an innocent bystander get autographed by the Tennessee native.

How did this even happen; where will it end; who or what will get attacked by these outlaw Sharpie-maniacs? This is what Pagenaud told The Drive: "The #IndyCarAutographBattle totally happened out of nowhere, but we're having some fun with it that's for sure. Josef and I have really serious jobs, but at the end of the day we're big, competitive kids. After Josef signed my house last night we went ahead and instituted a few boundaries, but I absolutely plan to get really creative. Hopefully the fans are enjoying this too, and if any fans have ideas for things I should sign please don't hesitate to let me know."

Who will strike next? 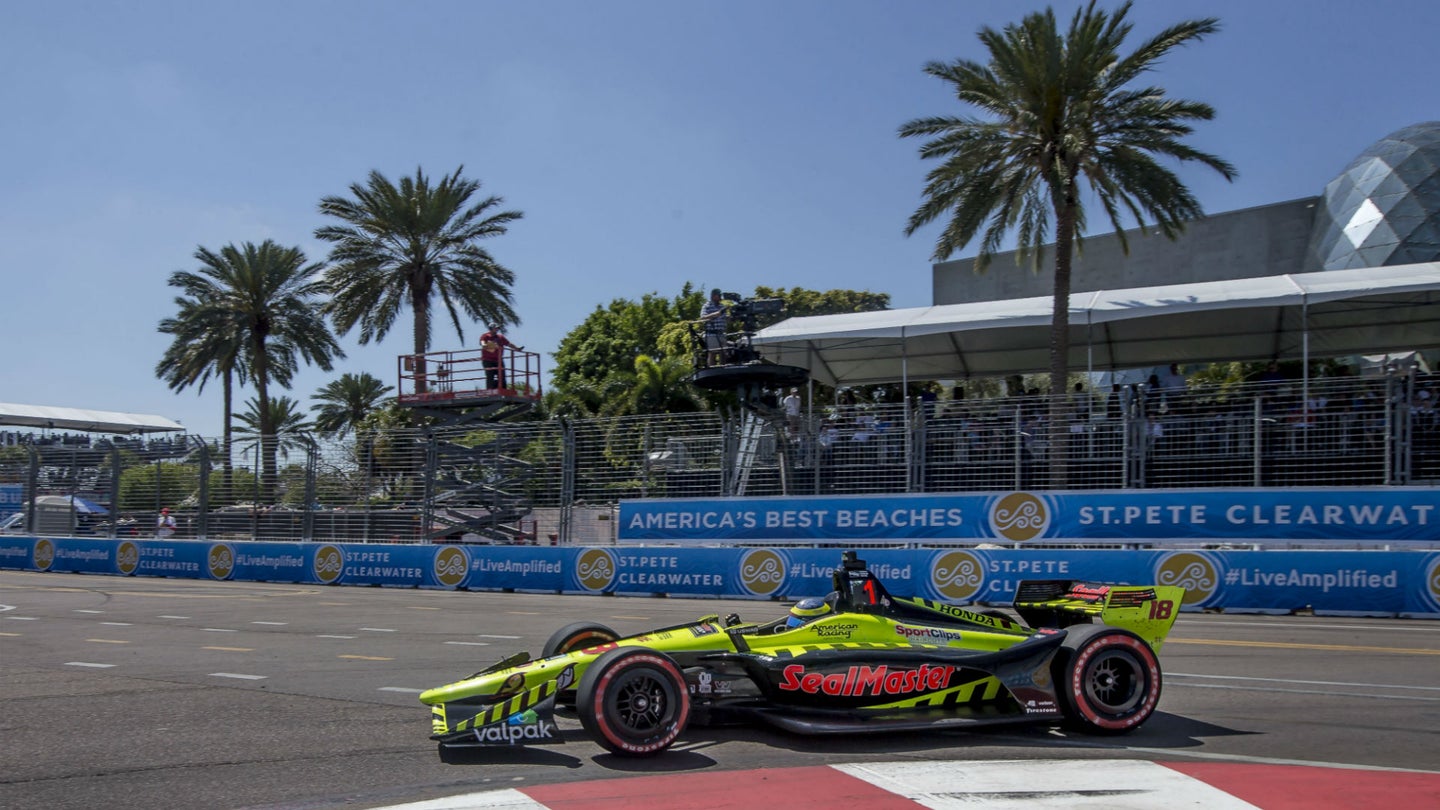 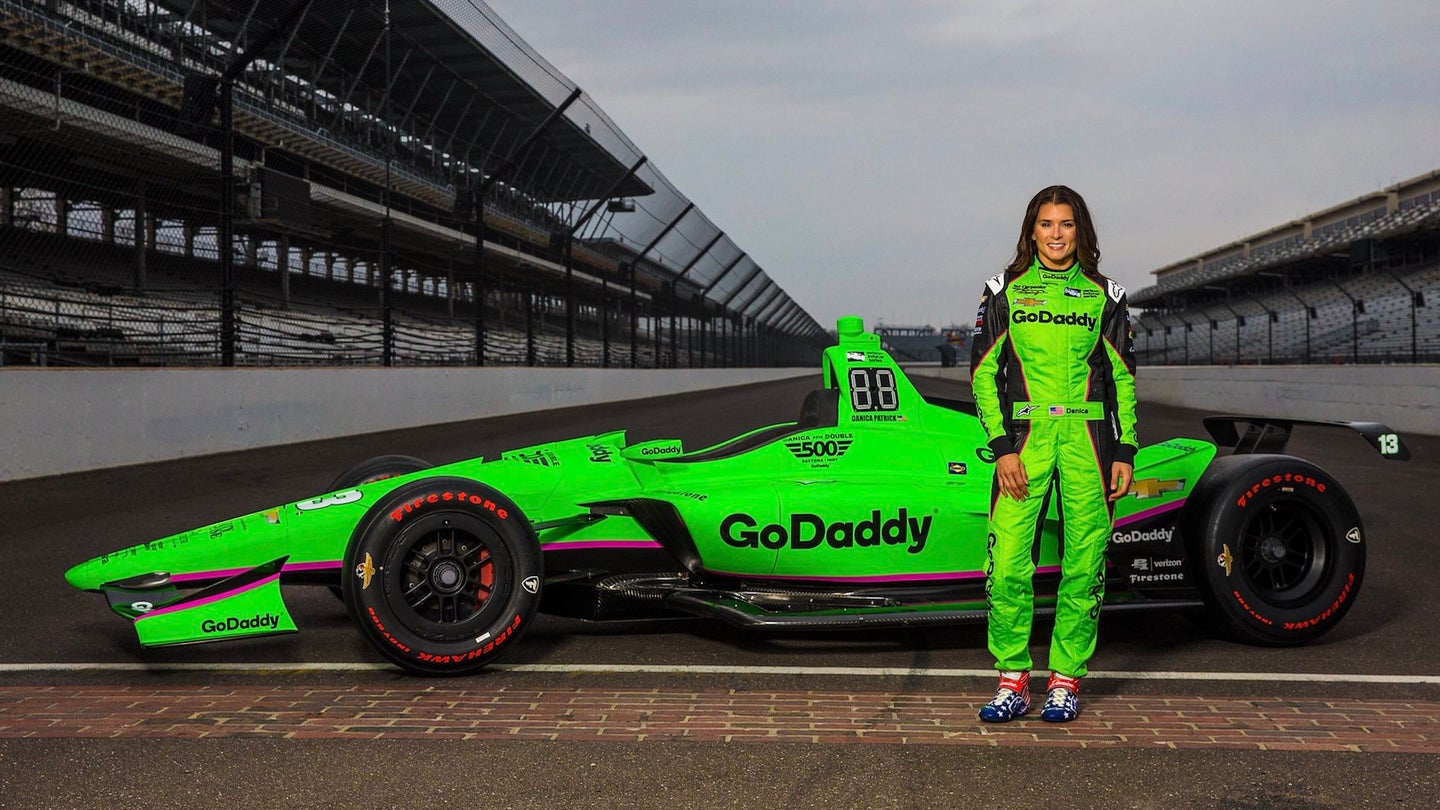 Patrick will pilot the bright-green IndyCar for what will be the final race of her life-long racing career. 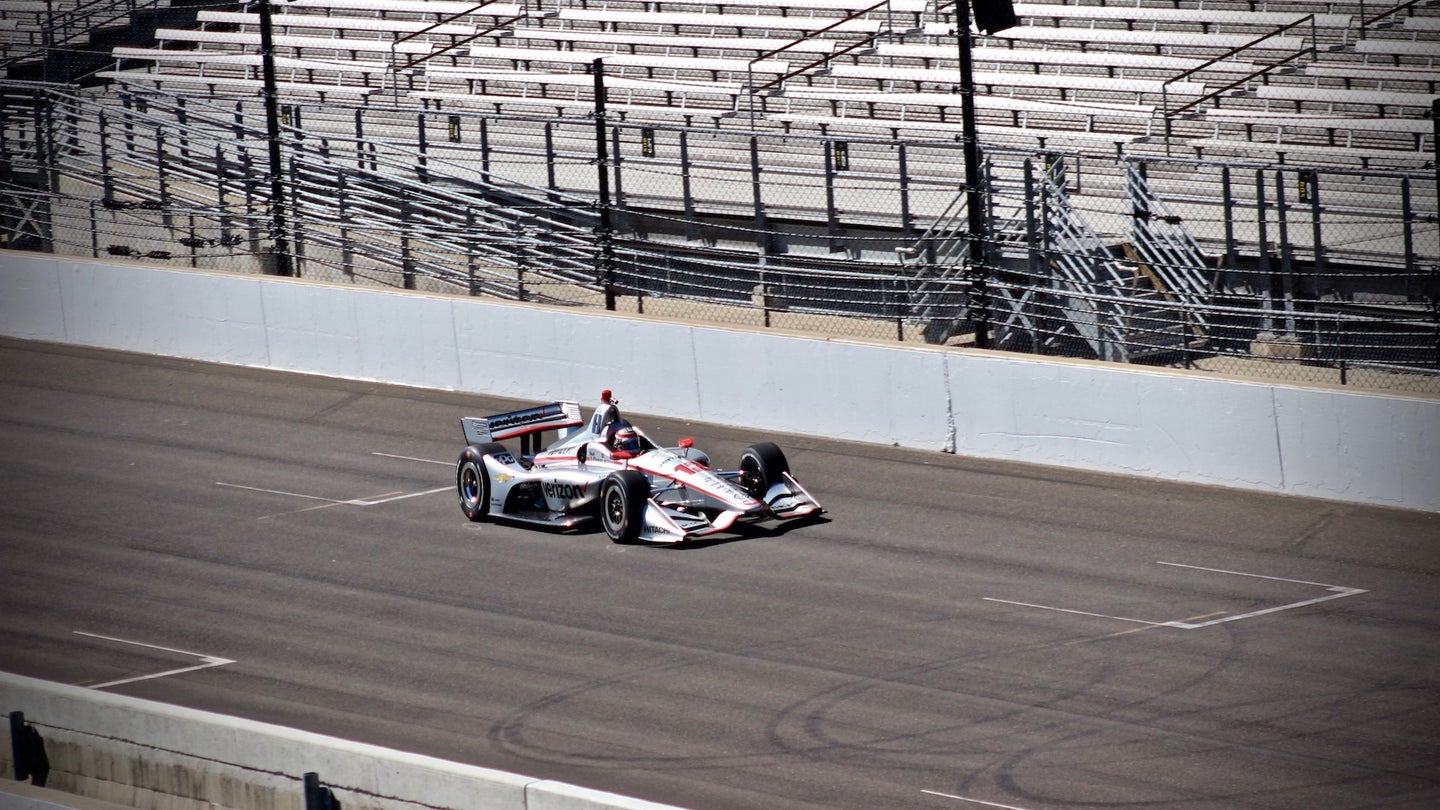