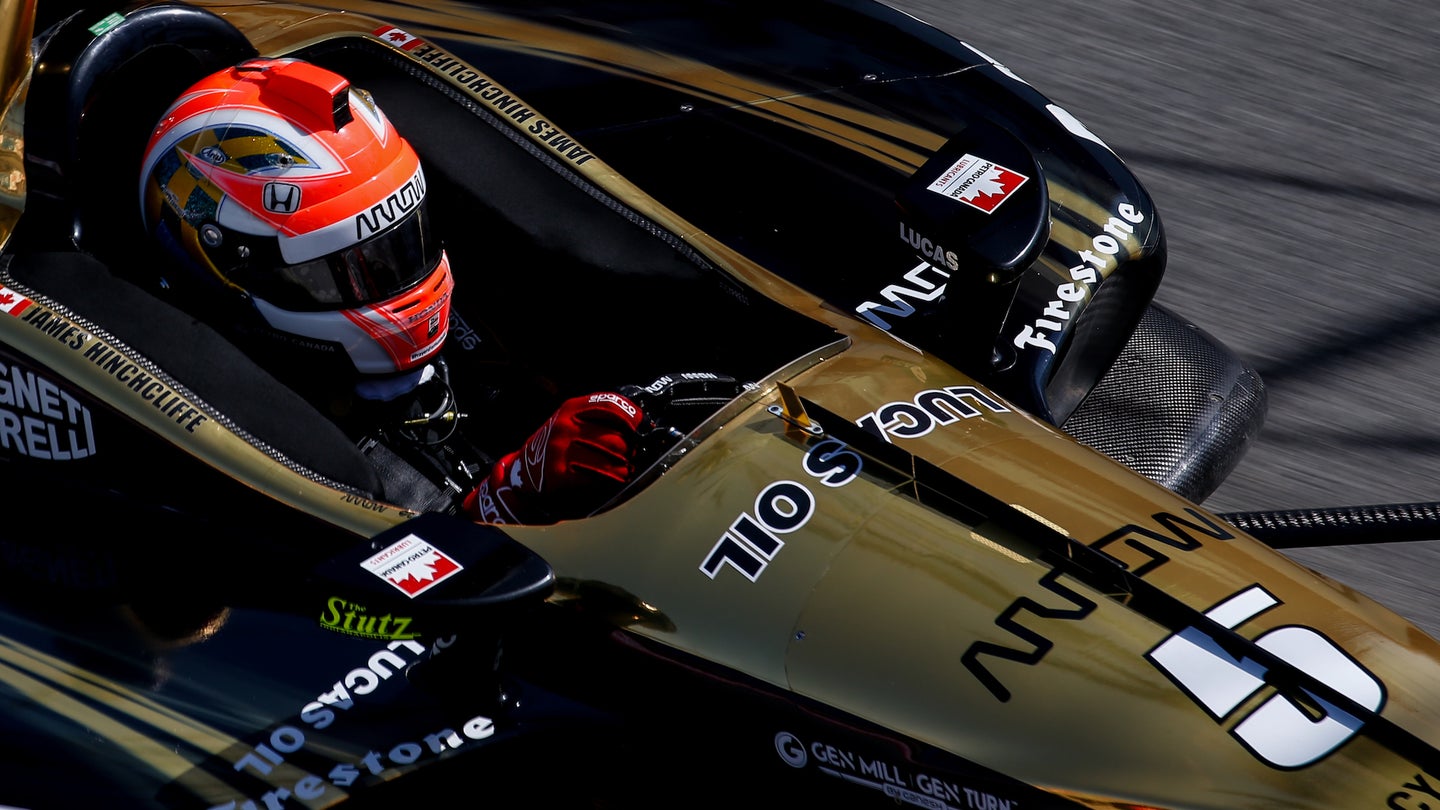 James Hinchcliffe, one of the most charismatic and popular racing drivers of the Verizon IndyCar series, admitted to peeing himself during the short-lived 2018 Grand Prix of Alabama that was ultimately red-flagged due to inclement weather conditions.

Picture this: it's cold and rainy outside, you've had to avoid crashing into the barriers or other cars around you for several tense racing laps, and you've been holding it in all along, trying your best not to succumb to the urge. Then, all of the sudden, IndyCar race control red-flags (brings to a halt) the race and you're forced to wait inside a cold and clammy cockpit for 37 minutes. At some point, it just becomes impossible and the dirty deed must be done.

That's exactly what Hinchcliffe experienced on Sunday. Thankfully, the Canadian racing driver, who is also an ordained minister, has the best sense of humor on the IndyCar paddock and was willing to share his embarrassing experience—on video.

The Drive reached out to Hinchcliffe post-wee to see how he felt about his little mishappen in Alabama. And just like we expected, he was totally cool about things, going as far as saying that it wasn't "a big deal." We'd agree.

“I definitely feel like it’s not as big a deal moving forward now, Hinchcliffe told The Drive. "Don’t worry, I don’t want to alarm my Arrow Electronics crew or anything… it’s not going to become a regular thing. After talking to a bunch of guys after the fact, it is very common! (Haha) Not that I didn’t know that, but it was nice hearing from some of the others. Now that I’ve lived through it, and I know it’s not the end of the world, I could see it happening again. Hopefully not, but if it does, oh well.”

The Canadian joined an elite club of racers, indeed. Like Hinchcliffe mentioned, legendary drivers like Dario Franchitti and NASCAR's Dale Earnhardt Jr. have admitted to wetting their suits when the urge was simply too strong.

Hopefully this little act of silliness will bring the SPM Racing driver good luck during today's rescheduled run of the Grand Prix of Alabama.