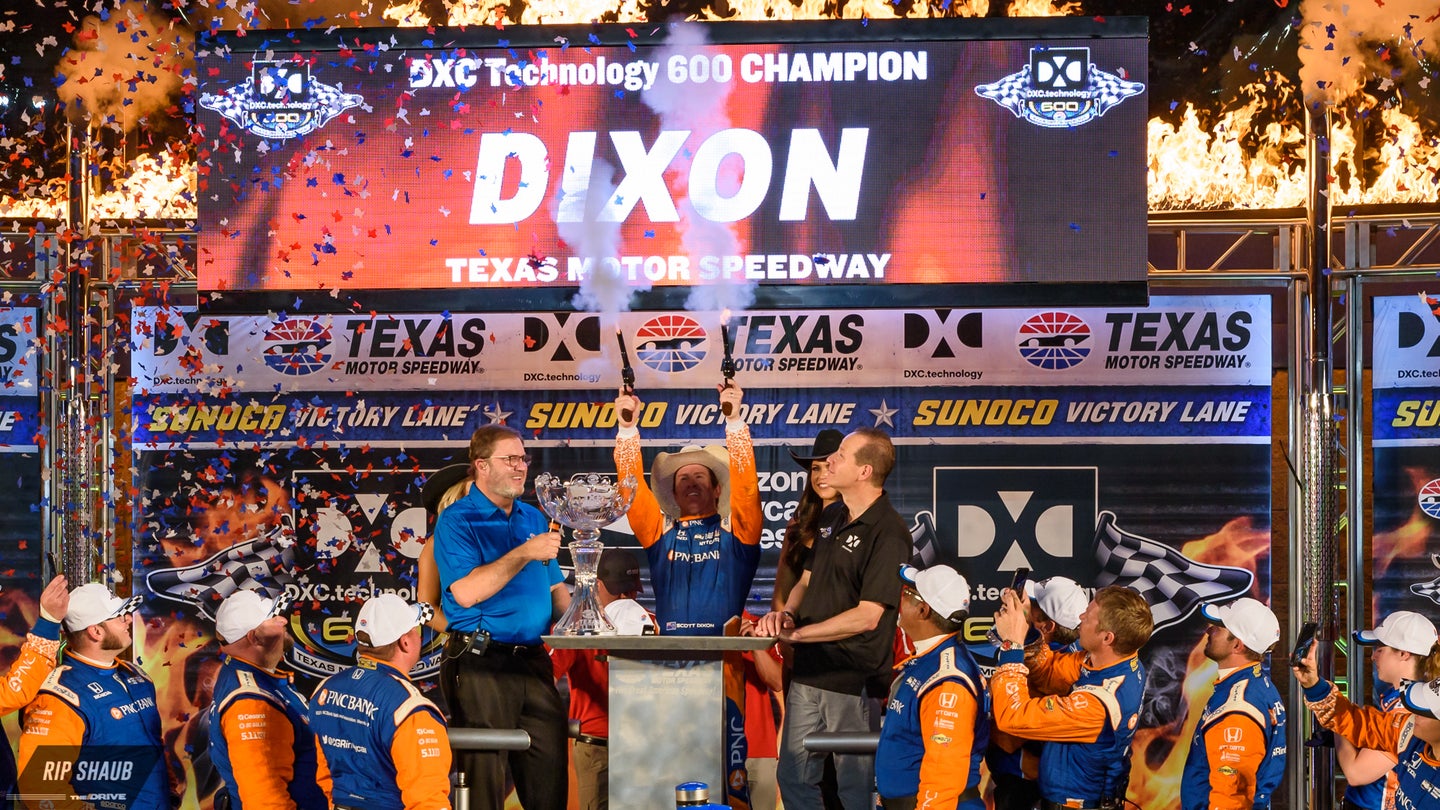 Some weekends behind the wheel of a racing car are better than others, but Scott Dixon seems to be riding a high wave of success after winning his second IndyCar contest in just one week. The New Zealander won the first of two races in Detroit last weekend in addition to Saturday night's intense race at the Texas Motor Speedway.

The 600-kilometer race had many scary moments where two, three, and even four cars came dangerously close to each other as they negotiated high-banked turns at 220 miles per hour. Luckily, this year's crashes were minimal, not just in regards to how many of them there were, but also in spectacularity. Of course, this doesn't mean some of the drivers didn't share a piece of their minds on social media about the 248 laps they drove around the 1.5-mile oval.

The Iceman must be quite busy celebrating his Texas-sized victory along with the fact that he's now third on the all-time IndyCar victory list. Thankfully for us, his wife Emma took over social media duties and snapped a photo of the two lovebirds wearing cowboy hats on victory lane. 'Nuff said.

The Flying Frenchman had more than plenty of reasons to put on a good show in Texas as one of his sponsors, DXC Technologies (also the headlining sponsor), had over 3,000 employees present at the race. More importantly, Pagenaud had his biggest and most important lifetime backers visiting him all the way from France: Mom and Dad.

Scariest Moment of the Race

It appears that Alexander Rossi and James Hinchcliffe, who finished third and fourth, put their phones down after the exhausting race and forgot to update their social media followers, and we certainly can't blame them for that. Instead, here's a clip of the scariest moment of the race, which happened on lap five when the Chevrolet of Matheus Leist caught on fire. Thankfully he was able to escape on time and unharmed.

Indy 500-winner Will Power retired with less than 50 laps to go after crashing into series rookie Zachary Claman DeMelo.