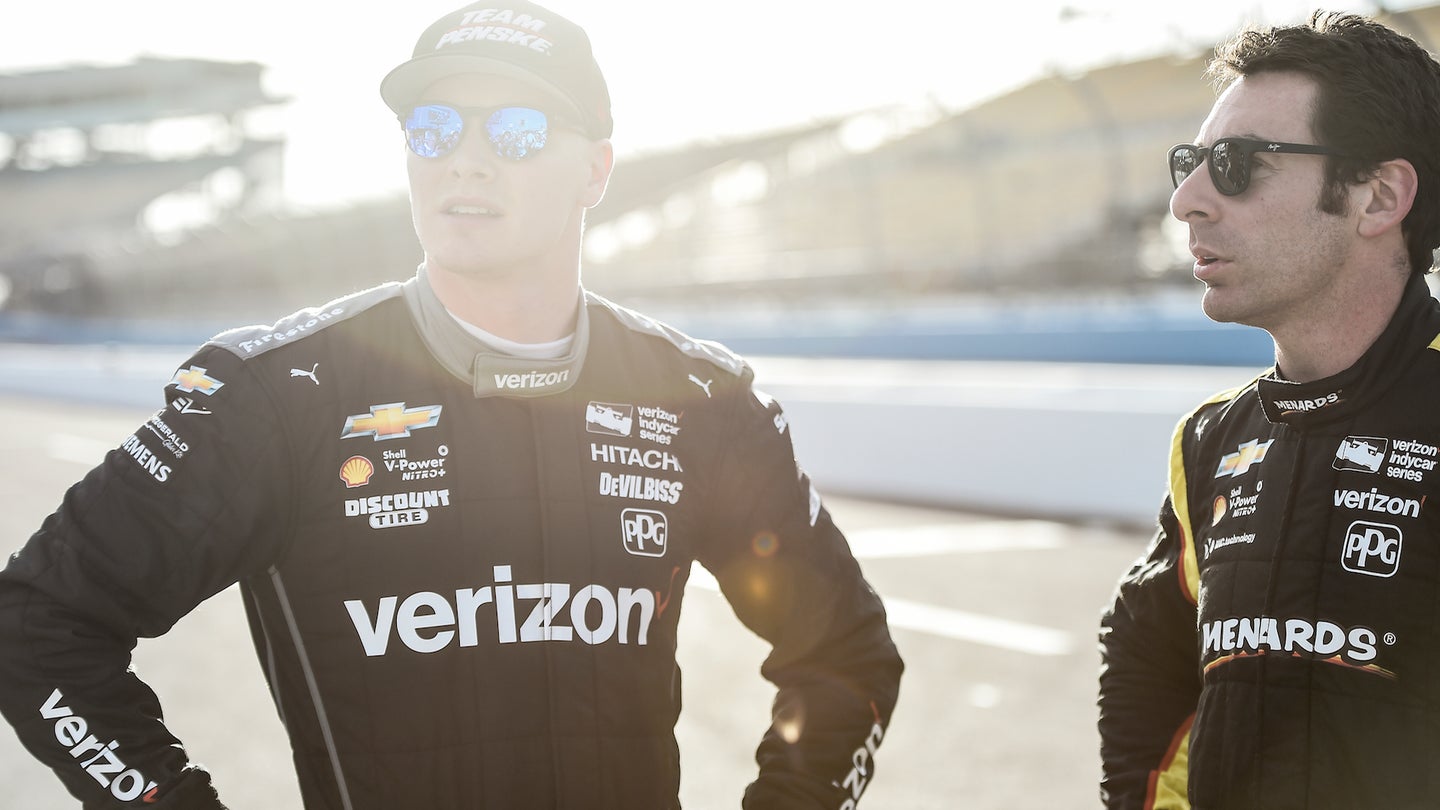 It's often said that a racing driver's teammate is their first and biggest enemy, the one they have to beat before moving on to the rest of the grid. That couldn't be any more true for IndyCar's Team Penske teammates Simon Pagenaud and Josef Newgarden, who are currently caught up in the middle of a heated and hilarious war. An autograph war, that is.

In what seems to resemble a comical rivalry out of Talladega Nights: The Ballad of Ricky Bobby, Frenchman Pagenaud and the reigning IndyCar champion Newgarden have engaged in a legit autograph war that's taken over social media by storm—and even the drivers' respective helmets, racing suits, race cars, and even their homes.

The duos' duel peaked ahead of the 2018 IndyCar Grand Prix of Phoenix when both race-winning drivers pledged to continue their ink-based vandalism into the racing weekend, and that's exactly what happened. The morning before the Saturday night race in Phoenix, Newgarden revealed that he had taken his pristine Sharpie skills to the bottom of Pagenaud's Chevy-powered IndyCar without him knowing. Low and behold, when Pagenaud looked at the carbon fiber undertray located below his seat, Newgarden's autograph was plastered all over it.

But don't think that's where the feud concluded, because then it was Pagenaud's turn to reveal his move from days prior. Pagenaud waited until a nationally televised pre-race interview to reveal that he had actually autographed the inside of Newgarden's racing suit. In fact, he had done so to all of Newgarden's racing suits, not just the one the Tennessee-native was wearing that day.

In a funky turn of events, Newgarden went on to win the 250-lap night race for Team Penske while Pagenaud only managed to finish 10th. As a result, Pagenaud now claims that he will "sign all of Newgarden's racing suites from now on in order to wish him good luck."

Previously, The Drive had the chance to catch up with Pagenaud to hear his side of this funny story, so it was only fair that we allowed Newgarden to explain himself this time.

“Both Simon and I are extremely competitive people, so it’s not abnormal for that competition to happen away from the racetrack as well," Newgarden told The Drive. "This little autograph war is something we are both having fun with, but just like on the race track, we both want to get the best of one another. All I can say is that I don’t see it ending anytime soon," he added.

Well, there you have it. It seems like the shenanigans will continue at the 2018 IndyCar Toyota Grand Prix of Long Beach.