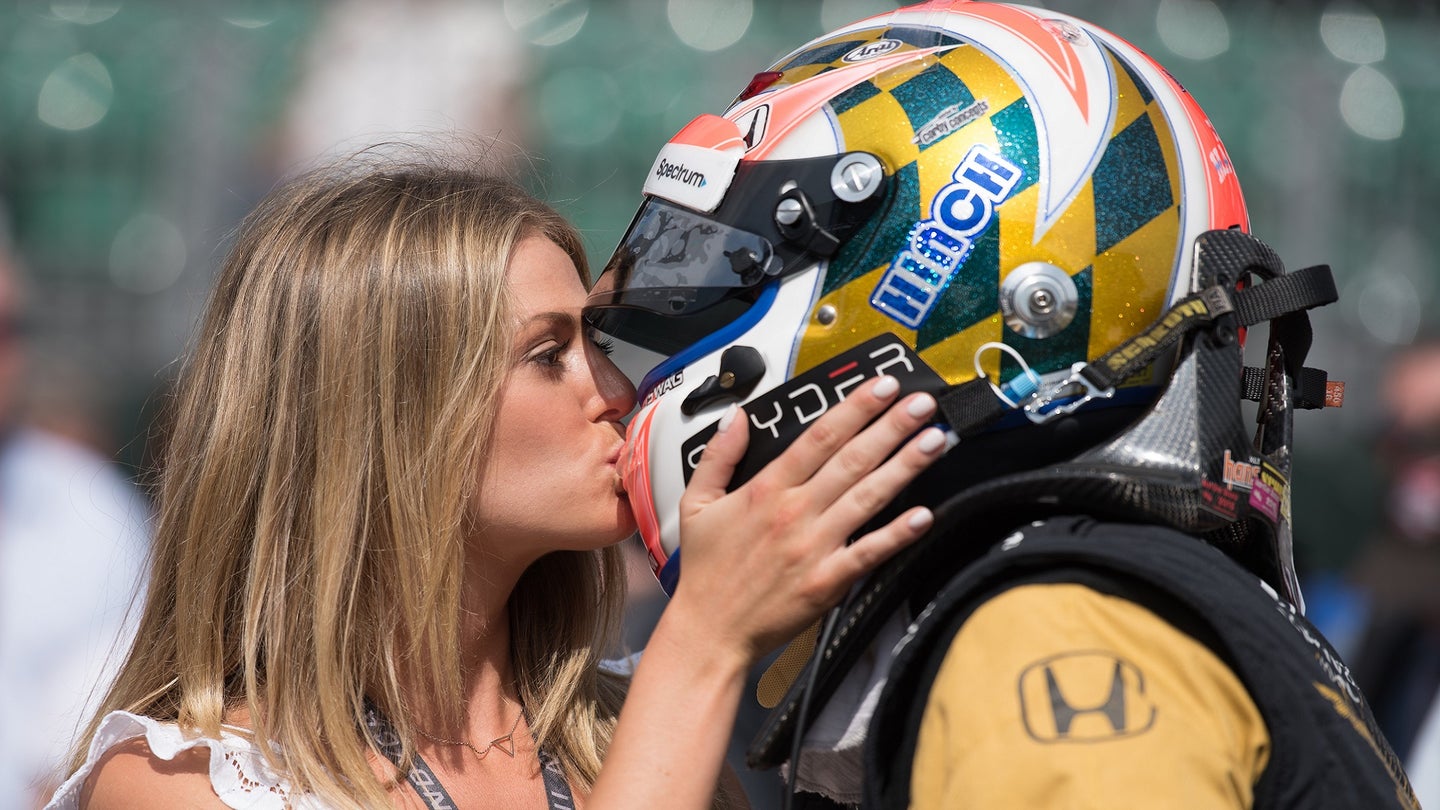 IndyCar driver James Hinchcliffe and actress Becky Dalton are officially tying the knot. The Canadian couple announced their engagement via social media, with Dalton claiming "she's been served a life sentence," and Hinchcliffe tweeting "Until debt do us part."

The couple has become a regular item at all IndyCar races throughout the year, something which always led us to believe the relationship was on the up. Dalton, who spends most of her time between Indianapolis, Canada, and wherever IndyCar is racing on a given weekend, rekindled with Hinchcliffe following his life-threatening crash in 2015. While the relationship may appear somewhat new to most outsiders, Dalton and Hinchcliffe have known each other since high school when the two attended their senior prom together in 2004.

At the time of his crash at the Indianapolis Motor Speedway, Hinchcliffe was dating Australian model Kirsten Dee, whom he had been with for a long period of time and appeared to have settled with. However, not long after the May crash, the couple split up and Dee moved back to Australia, where she currently dates Virgin Australia Supercar Championship star Shane van Gisbergen.

Details on when or where the couple will choose to tie the knot have been made public, but we certainly wish them well in their future as a couple.