IndyCar Windscreen Undergoing Impact Testing Ahead of Next Track Test

After several successful oval track tests, the windscreen will be tested on a road course next. 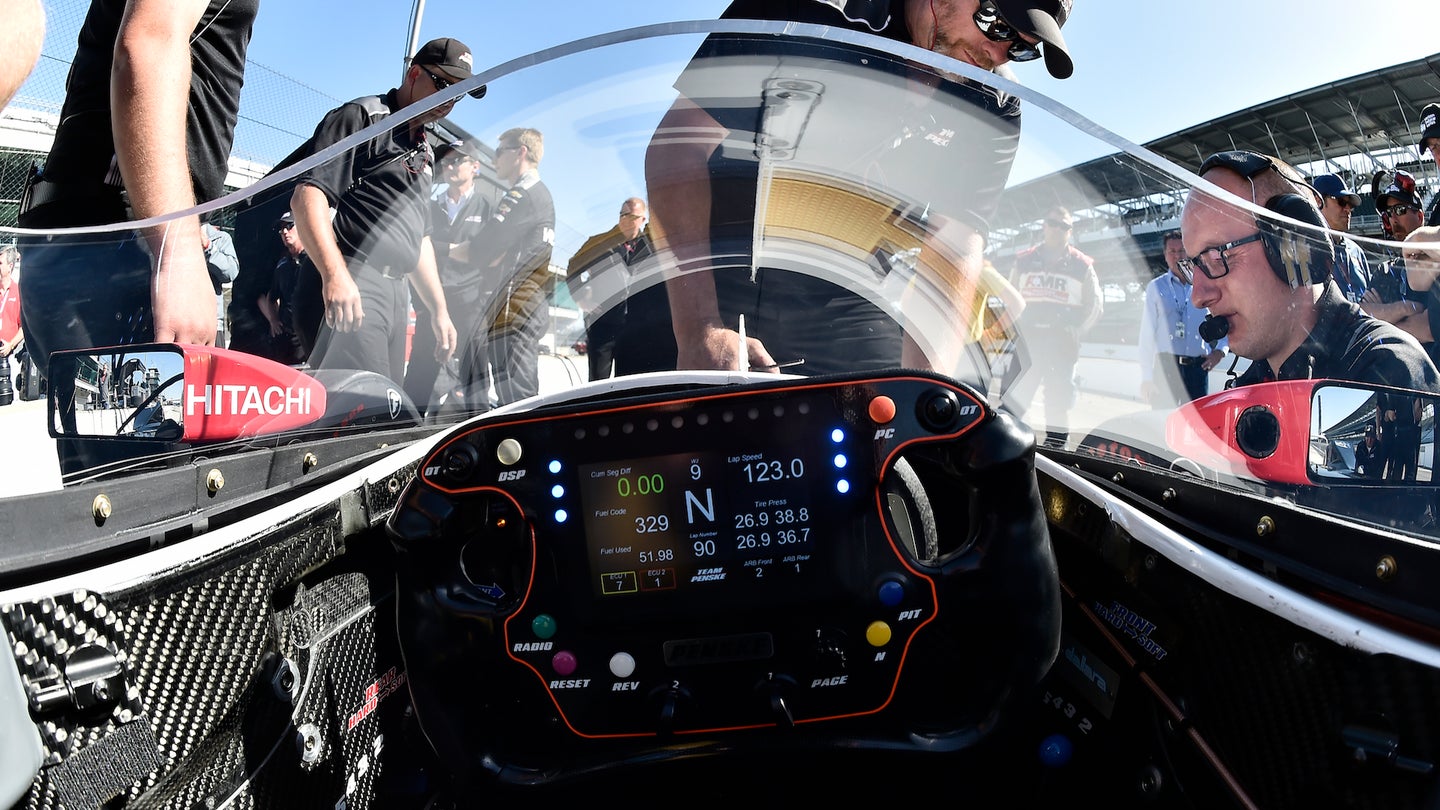 The wildly discussed IndyCar safety windscreen will see its first outing on a road course later this summer, but before that happens, it has to undergo a rigorous impact testing program directed by the series' competition and engineering departments.

After two lengthy outings on medium- and high-speed ovals, the windscreen's development process seems to be chugging along well in terms of driver acceptance and optics performance, but let's not forget that the primary characteristic of the windscreen must be its strength. According to a report by Racer, the windscreen is currently undergoing a few tweaks in the design department but will undergo impact testing before it sees action on the track once again.

In terms of design, Chip Ganassi and Roger Penske's feedback from their tests at ISM Raceway and the Indianapolis Motor Speedway revolved around the mounting flange. As early photos of the windscreen show, the mounting of the device was performed via a riveted piece of bodywork that supported the length of the screen. Much like every other piece of carbon fiber bodywork on an Indycar, the windscreen must be removable easily for replacement and safety purposes.

“Right now, it’s going through some development updates with the mounting flange that carries the windscreen itself,” Jay Frye, IndyCar’s competition president, told Racer. “The one we’ve used in testing so far was always intended to be a temporary piece, and our team has been incorporating some things to make it stronger and mount to the car easier now that we’ve taken some time to use the feedback we’ve gotten and design a new flange—possibly the final version.”

Aside from the design tweaks, IndyCar has not revealed specifics of the impact testing program the windscreen will be put through, besides that "items will be fired at the screen from various angles to measure deflection." It's not clear what the size, weight, or overall characteristics of these items are.

“We’re doing a couple different versions of impact testing,” said Frye. “But we don’t want to get too far ahead of ourselves and get into specifics while the testing is still taking place.”

The exact location and time for the next windscreen test haven't been revealed, but Frye claims that it will be at least "30 days after the impact testing program" is completed.