The 'National Park of Speed' that's adored by drivers and fans will remain for three more years. 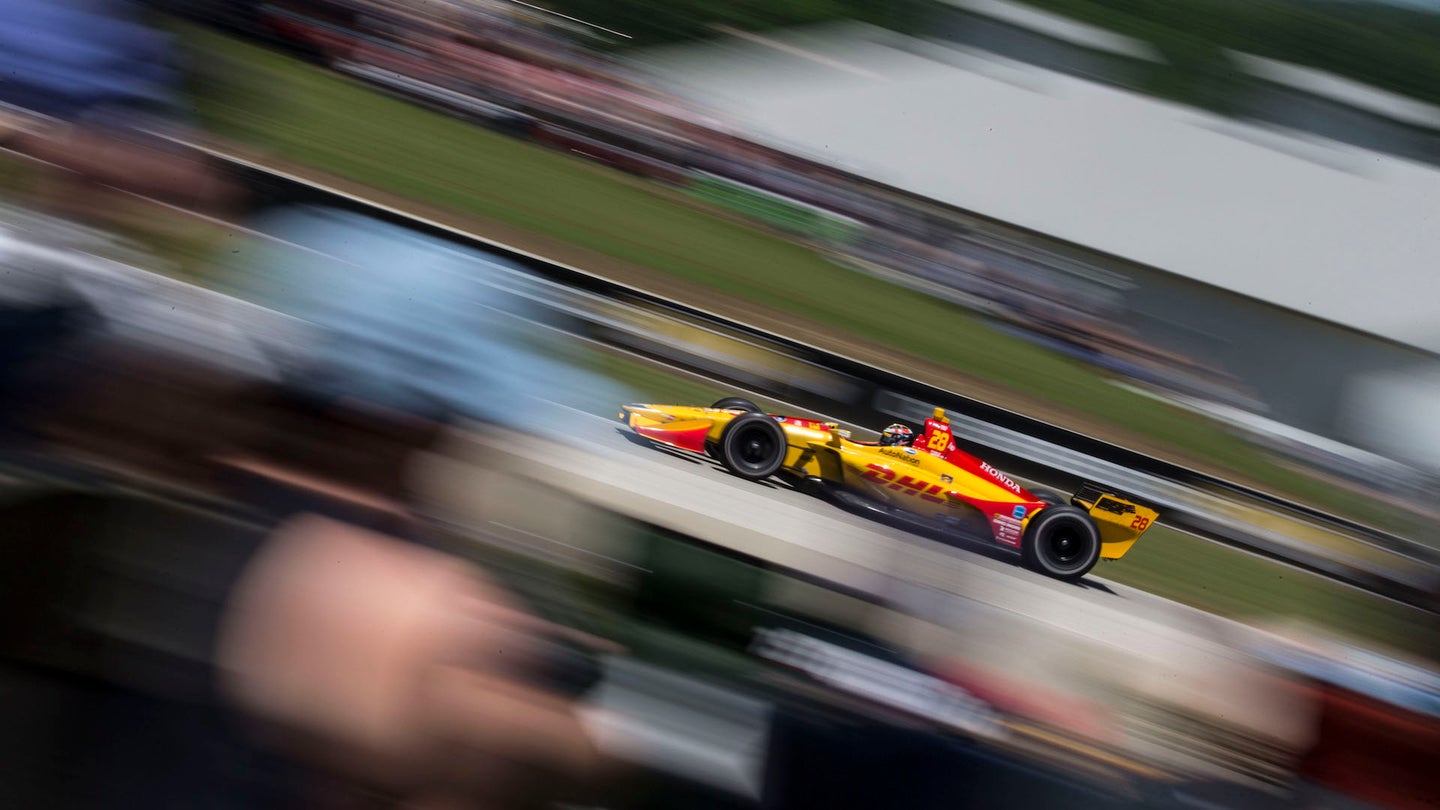 Verizon IndyCar Series officials have confirmed that Road America, the legendary race track in Elkhart Lake, Wisconsin will return to the 2019 racing calendar thanks to a three-year contract extension.

The official announcement was made on Sunday evening by George Bruggenthies, president of Road America, after Team Penske's Josef Newgarden took the chequered flag of the 2018 IndyCar Kohler Grand Prix. Meanwhile, Andretti Autosport's Ryan Hunter-Reay and Ganassi's Scott Dixon climbed to the second and third step of the podium behind the Tennessee native.

"We are very pleased to continue this relationship with IndyCar and we look forward to many more incredible events at America's National Park of Speed," said Bruggenthies.

Road America is nestled in a wooded area of Elkhart Lake, a quaint, lake-clad and picturesque town located in rural Wisconsin, about 70 miles northwest of Milwaukee. The 4.04-mile racing circuit was built in 1955 after the original Road America road race couldn't be hosted on the public roads surrounding the town for safety reasons. The current venue features a mix of super-high-speed straights and fast sweeper corners with plenty of elevation changes.

"Ask any driver, from nearly every discipline, especially open-wheel, and they love this place," Bruggenthies added. "The track is designed to make full use of the natural terrain, with elevation changes and undulating turns that allow for intense speeds that test driver skill to the maximum."

"Combine that with our park-like atmosphere, open seating and great spectator locations and it all equates to IndyCar Series racing at its best."

The three-year contract extension should retain Road America on the calendar until 2021.