The adoring fan commandeered Newgarden’s champagne bottle and attempted to spray him with it. 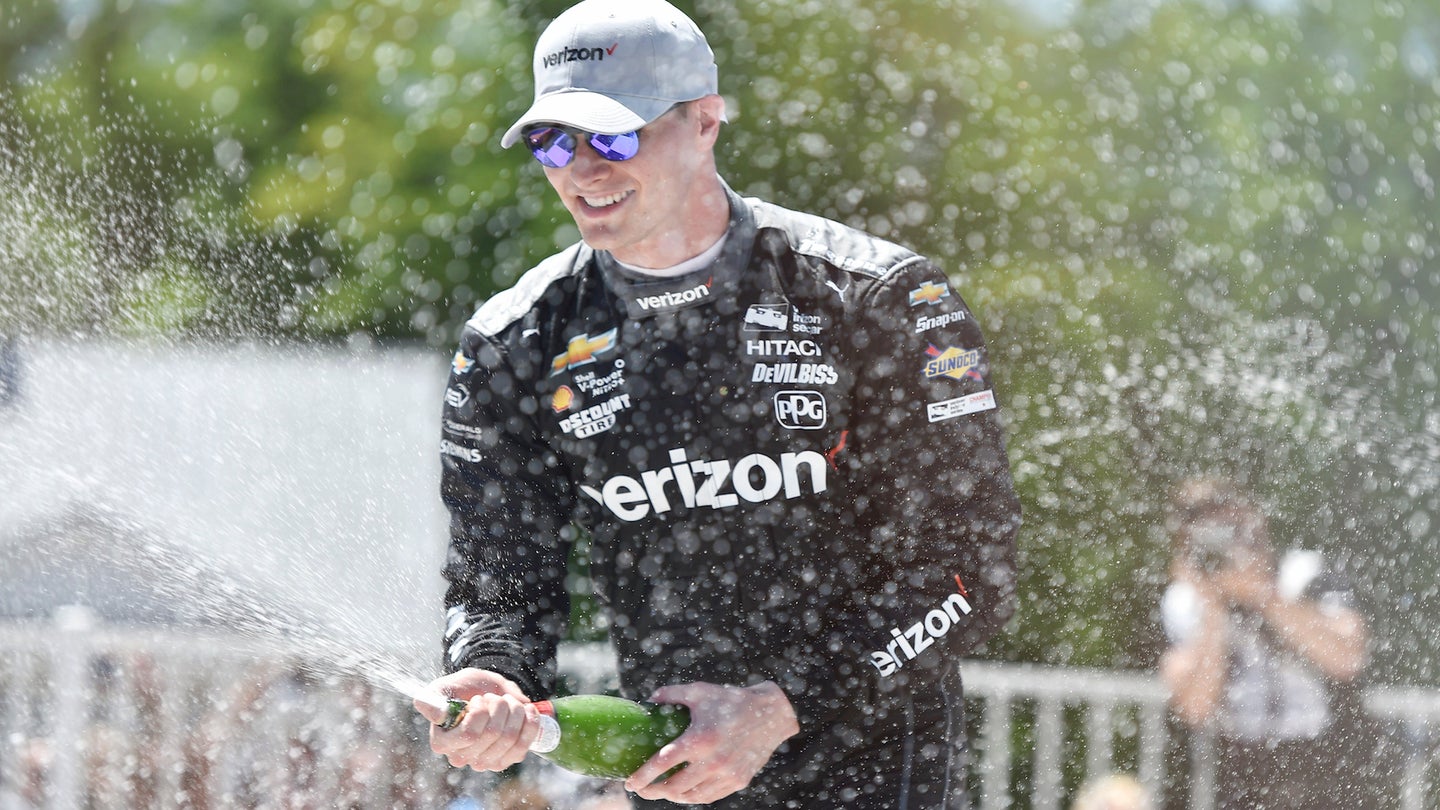 Unlike most big-name racing series out there, IndyCar does a heck of a job at allowing the adoring fans to get close to the cars, and of course, the drivers. This is, by all means, a great way to increase brand loyalty and offer excellent value to those willing to spend their hard-earned cash on an admission ticket. However, this great front-row access to the action can sometimes cause awkward moments.

Team Penske's Josef Newgarden may have tamed his Chevrolet-powered racing machine for the 55 laps the IndyCar Kohler Grand Prix at Road America lasted, but he couldn't quite gain control of a funky situation that developed during the podium celebration. After successfully claiming his trophy and his celebratory bottle of champagne, Newgarden was approached by a female fan who quickly made it clear she craved some attention from the Tennessee native.

As this tweet shows, Newgarden was casually celebrating his dominant win when a blonde woman wearing a small pink backpack approached him and forced herself into a bear hug. Newgarden is a pretty nice guy, and a true southern gentleman, so he quickly played along and gave the woman a hug. However, that's not where the awkward interaction ended as the woman can be seen saying something to him while vividly flailing her arms, only to do something that I've never witnessed before.

The overzealous fan snatched Newgarden's bottle of champagne away from him and proceeded to shake it and attempt to spray the Penske driver. Luckily for him, the bottle of bubbly had already given it its all, so there wasn't much left to be sprayed by the woman. After roughly 20 seconds of utter confusion, the woman walked away and the silly interaction came to an end.

“Someone took the bottle and started spraying me, too," said Newgarden. "That happens. You just got to expect the unexpected in Victory Lane is what I would say.”

See Josef, there is a downside to getting all the girls...

The high-speed corners of the picturesque road racing circuit played into Newgarden’s strengths.

IndyCar at Road America: What to Expect at This Weekend’s Kohler Grand Prix

The championship is tight and outliers look to make up ground at Elkhart Lake.