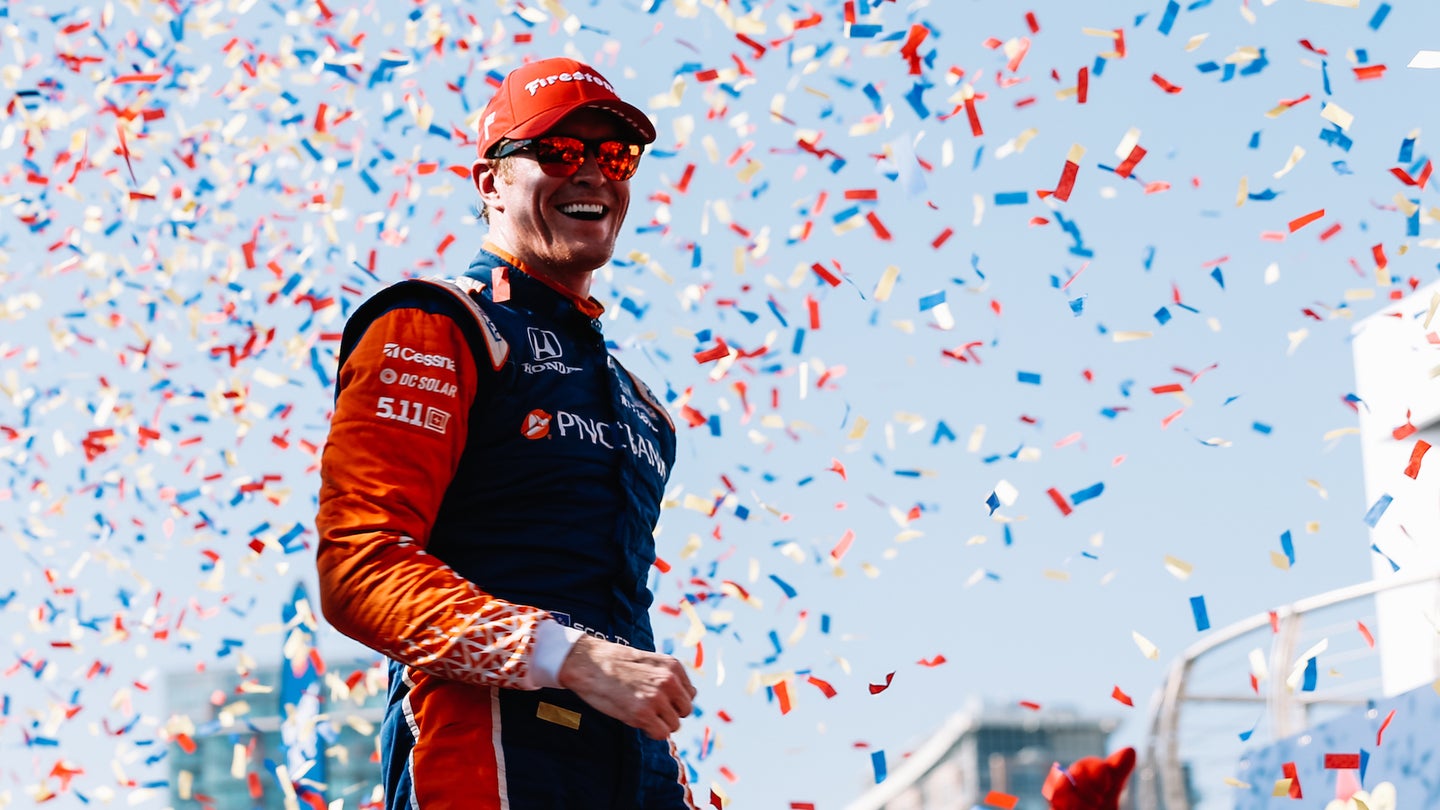 Scott Dixon signed a new multi-year contract with his longtime IndyCar team Chip Ganassi Racing, extending the now iconic partnership between the to victory-hungry parties to a record-breaking 18 years.

At 38 years old and with heavy competition from much younger drivers, the New Zealander currently leads the IndyCar championship standings with a whopping 46 points over Andretti Autosport's rising star Alexander Rossi. If things go as planned during the four remaining races of the season, Dixon could earn his fifth IndyCar title and climb higher up the series' ranks. For these very reasons, it's no surprise that McLaren's Zak Brown allegedly tried to lure Dixon into leaving Ganassi and joining McLaren's IndyCar efforts in 2019.

“I have always said I have a massive amount of respect for Chip and what he’s done in this sport," said Dixon. "This is not an easy business. His resume speaks for itself, and he’s the type of team owner any driver would want to drive for. He gives you the tools you need to go out and get the job done, with the right group of people. This team has been like a family to me since way back in 2002, and I’m glad I’ll be here trying to fight for more wins, championships and Indianapolis 500s for years to come.”

Dixon climbed to the top step of the podium at Detroit, Texas, and Toronto this year, and with the pace his Honda-powered IndyCar has shown so far there's reason to believe that he could get one or more wins before the season is over. The one-time Indy 500 winner is already the series' winningest active driver and currently sits third in the all-time victory list with 44 wins, only behind the legendary A.J. Foyt with 67 and Mario Andretti with 52.

“I think when you mention the name Scott Dixon, the numbers and the records start to speak for themselves," said Chip Ganassi. "We have achieved a lot together, but there are no signs of him slowing down. He’s still the guy the championship goes through, and you know you have to beat him to get on the top step. He’s a driver that’s always thinking about the next race and how he’s going to approach it, attack it and ultimately win it. I’m very happy that we have the opportunity to continue this relationship and look forward to many more successful years together.”

Dixon will get back to business this weekend, as the IndyCar fraternity sets up camp at Pocono Raceway in Pennsylvania for the ABC Supply 500 on Aug. 19.