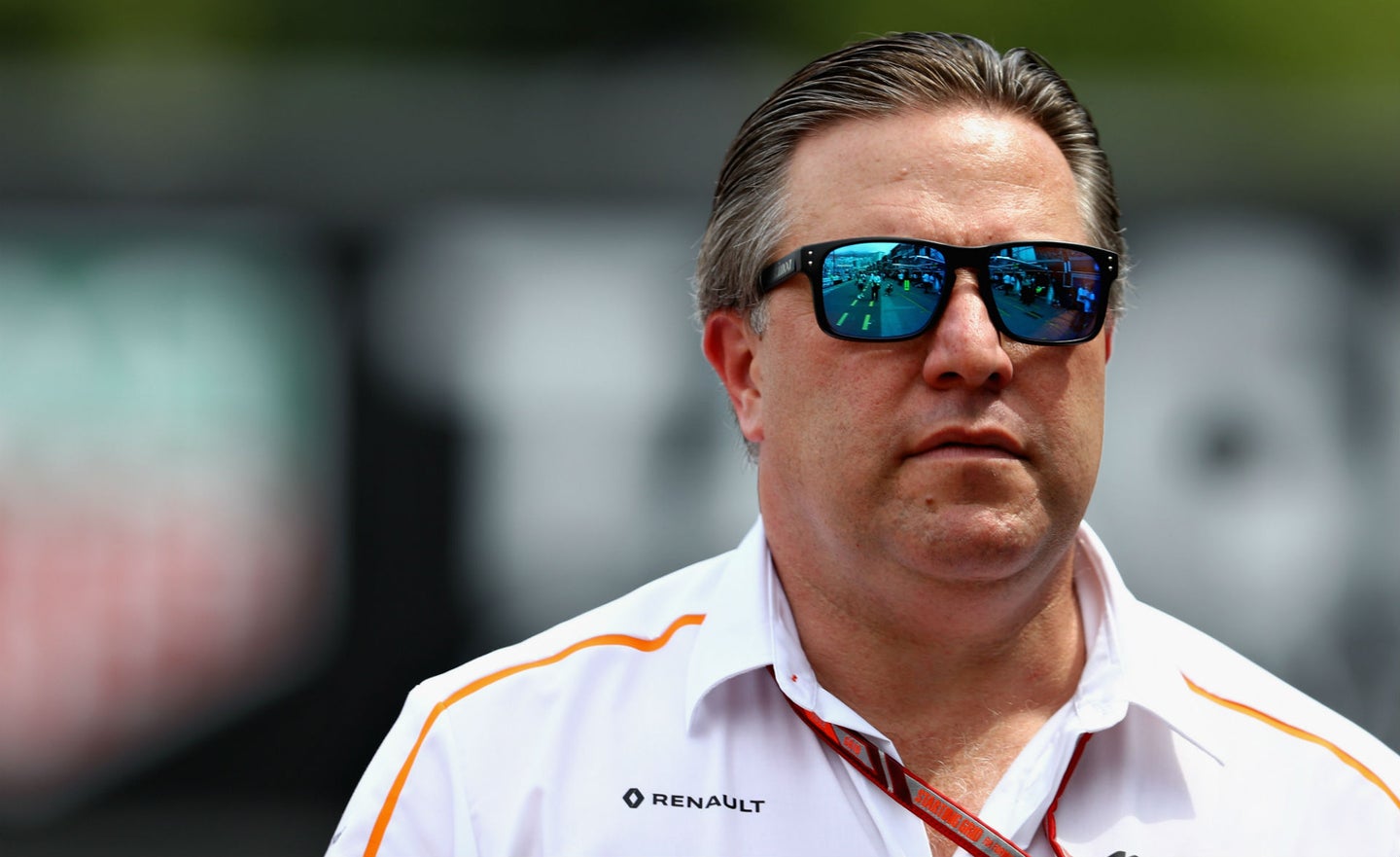 Rumors of intrigue including McLaren's flirtation with IndyCar have been hot, and after a recent statement from team chief Zak Brown, the move is seeming even more likely. It's been known that McLaren executives have made the pilgrimage to several IndyCar events in the past month; in addition to that, Brown has revealed that the Woking-based outfit is "seriously considering" the leap into America's premier open-wheel series as early as 2019. Amidst the hustle and bustle at this past weekend's Texas Motor Speedway contest, Brown gave clear indication that IndyCar has become an attractive option for the omnipresent auto-racing crew.

McLaren partnered with Andretti Autosport for the 2017 Indy 500, jointly fielding a car with international star Fernando Alonso in the cockpit. It's understood that these two could possibly team up once again if McLaren decides to create an IndyCar program, depending on the specifics—Brown and AA team owner, Michael Andretti, have a close relationship, after all. Andretti was spotted in the paddock with Alonso at this weekend's F1 Canadian Grand Prix practice rounds, giving hints that the two parties could once again be in conversation.

While Brown did not comment on the whispers involving his team and Andretti, he did note that McLaren is weighing the IndyCar option heavily.

"We're seriously considering IndyCar," Brown said. "We've been doing due diligence for quite some time. As stated before, if we're going to get into other forms of motorsport which McLaren has a great history in we need to do it in a way that first and foremost doesn't compromise our Formula One activities or we won't consider it."

The American continued, "It needs to be commercially viable, something we feel we can be competitive in and fits our brand. It has to tick all of those boxes, not most of those boxes. We're not done yet with our due diligence but it's looking favorable so we will take a decision in order to be prepared for 2019 sometime in the upcoming months."

"If we're confident all four of those elements really tick those boxes then it's something that we will probably move forward on but we're not done with the journey yet," Brown stated.

Alonso continues to be a prodigal piece of the puzzle as he's recently shown his discontent with Formula 1 action. After four tough years involving McLaren's fallback in the midfield, the two-time world champion has begun to diversify his options by racing in this year's Rolex 24 at Daytona as well as the entire 2018/19 WEC 'Super Season' with Toyota.

Regardless of what series Fernando chooses to race in, Brown and the rest of McLaren want to make sure that he does it behind the wheel of one of their cars.

"We're in talks with Fernando, as he said it was about this time last year that we started having conversations," Brown explained. "He's been doing Formula One a long time, he's enjoying driving as much as he ever has. I think he's driving better than he ever has."

"As he's mentioned I think he's a little frustrated with Formula One being I think as he said becoming more of a constructors' championship than a drivers' championship. He loves Formula 1, he loves World Endurance and Daytona, so hopefully, we will keep Fernando in the McLaren environment in some way, shape or form."