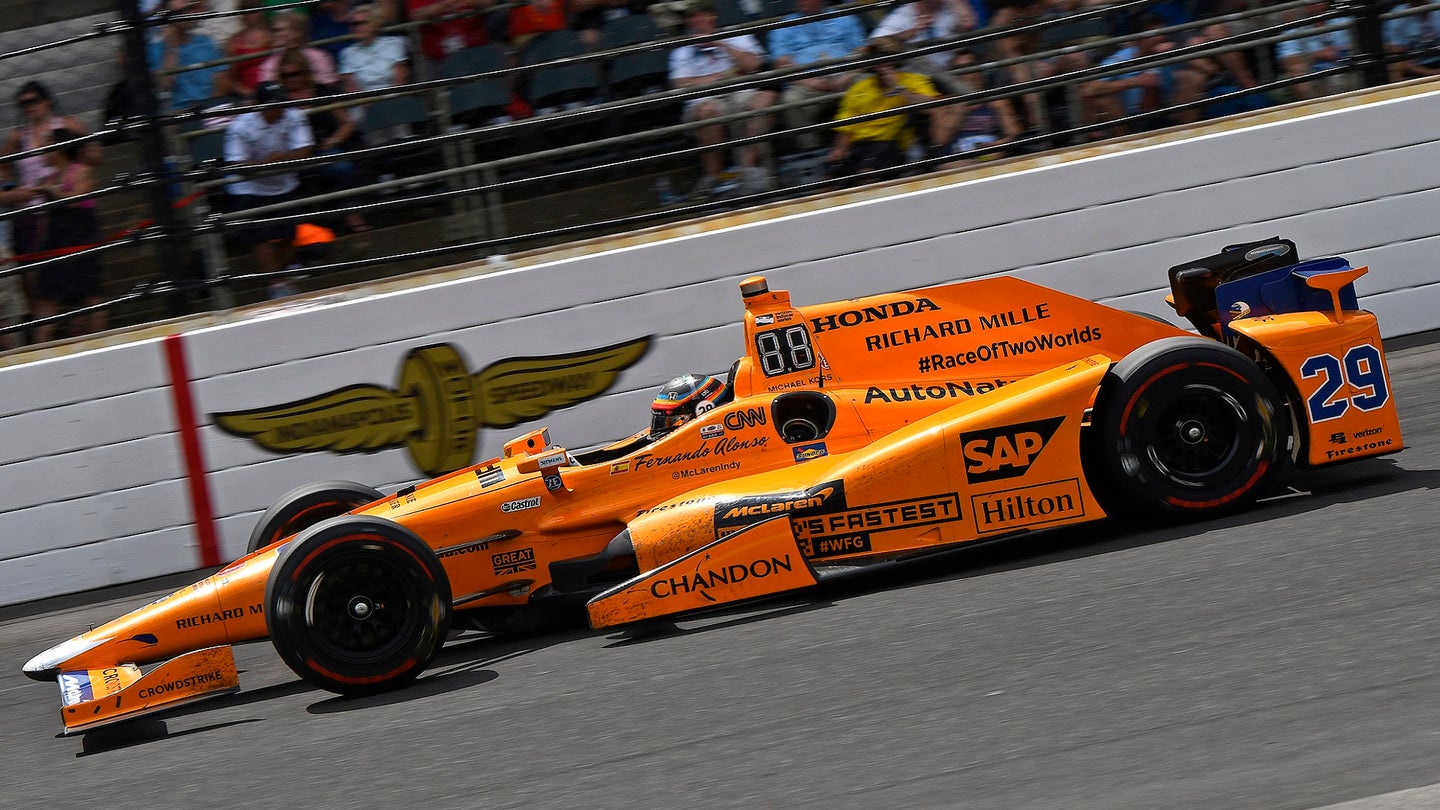 IndyCar President and CEO Mark Miles reportedly believes the odds of a full-time McLaren entry for the 2020 season are strong, whether or not star driver Fernando Alonso is on board.

Sports Business Journal writer Adam Stern quoted the executive's statement on the matter in a tweet on Monday.

The Drive contacted McLaren CEO Zak Brown for comment, though the exec declined to issue a statement.

Since Alonso competed in the 2017 Indy 500 in a papaya-orange Dallara, McLaren's intrigue in a dedicated return to IndyCar competition has been one of motorsport's worst-kept secrets. The historic racing team was reported to be toying with a season-long 2019 entry in partnership with either Andretti Autosport or Rahal Letterman Lanigan Racing, though this reportedly fell by the wayside when the team opted to focus on whipping its Formula 1 outfit back into shape—which could take years.

McLaren stated its interest in a season-long IndyCar operation earlier this month and confirmed the allegations that its dreams to enter the series will be put on hold while the Formula 1 team is rebuilt.

"We do have a desire to do it, as I have mentioned before, in the near future," said Brown at the beginning of October. "And as far as the Indy 500 is concerned it remains of interest to us. That will be a decision that ultimately we will take in the off-season, and I think it is something that Fernando would like to do as well, but right now we are still focused on F1 and until we get a little bit of fresh air we will remain focused on that.”