The Spaniard will reportedly race a Cadillac at the Rolex 24 and a Chevrolet-powered McLaren Racing entry at the Indy 500. 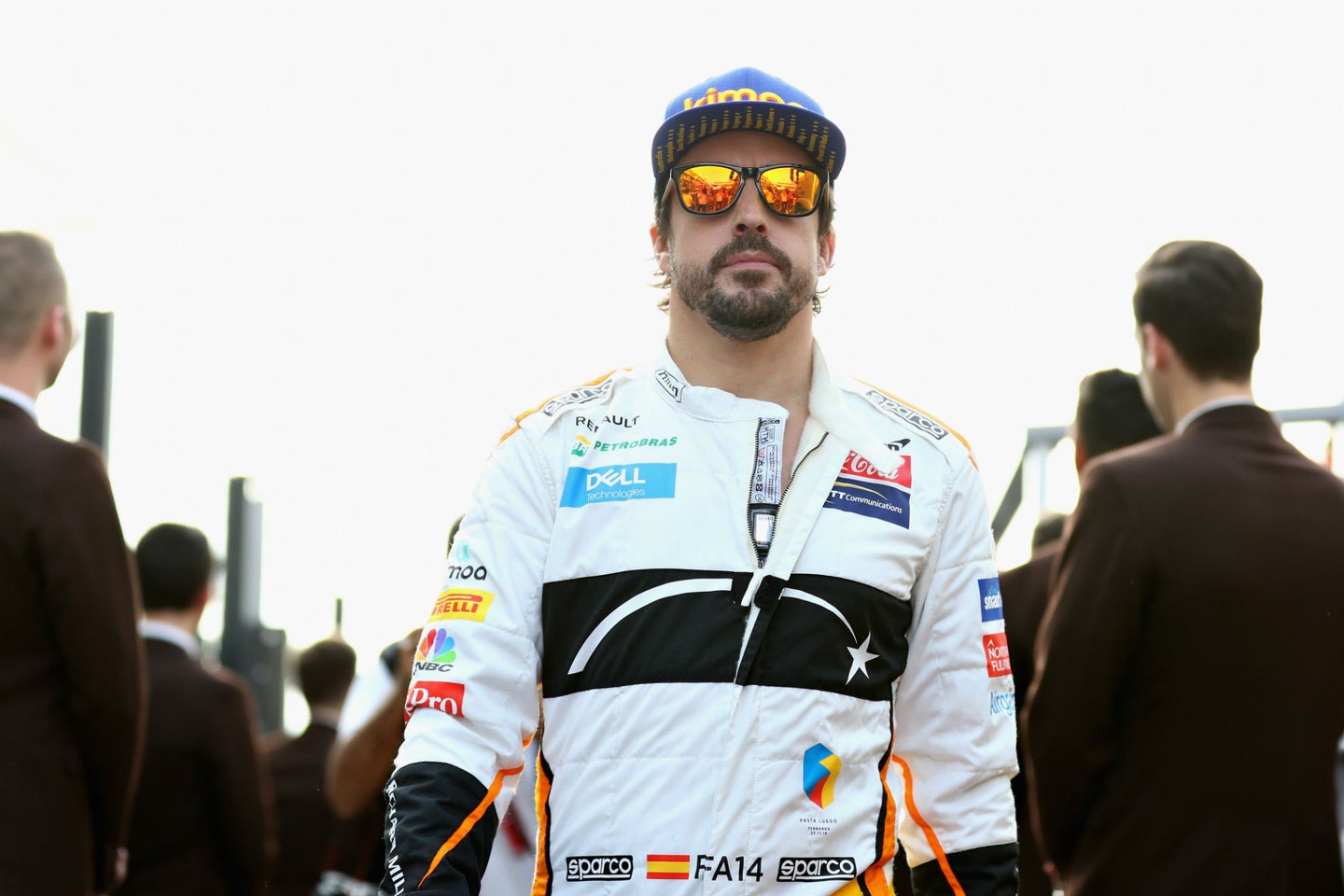 It's been reported that Fernando Alonso will compete in the 2019 Indianapolis 500 as well as the Rolex 24 in General Motors machinery. RaceFans claims that the move is expected to be announced officially in December.

Alonso raced a Ligier-built prototype in this year's running of the Rolex 24 with United Autosports, an outfit co-owned by McLaren Racing CEO Zak Brown. As part of the Spaniard's supposed affiliation with GM, he will reportedly join the Wayne Taylor Racing team in IMSA's top class, driving a Cadillac DPi-V.R. This allegedly stands as Alonso's lone IMSA commitment for the 2019 season.

Additionally, if the RaceFans report proves correct, this decision will solve McLaren's Indianapolis engine supplier conundrum. Rumors claimed that the organization may share a technical alliance with Andretti Autosport, the famously Honda-powered IndyCar team, as it did last year, potentially causing friction due to McLaren and Alonso's past relationship with the Japanese manufacturer. Instead, this would re-open the team's relationship with Chevrolet after years apart, dating back to the fabled Can-Am series of the '70s.

Alonso recently explained that he plans on adding more events to his 2019 calendar outside of his World Endurance Championship duties with Toyota. This seemingly includes the Daytona enduro which is still unconfirmed by the two-time Formula 1 champion.

“I have already a couple of commitments next year with the super-season in WEC, doing the 24 Hours of Le Mans again, the Indy 500 with McLaren that we will add there, and probably we will add a couple more race,” he told the media prior to his final F1 race in Abu Dhabi. “But [I’ll] try to relax as well, try to combine the two things: the joy of driving but also having a little bit of life because Formula 1 is total dedication to the sport and after 17 years I need a break.”

The Indianapolis 500 remains as Alonso's only unconquered sector of motorsport's Triple Crown which also includes the Monaco Grand Prix and 24 Hours of Le Mans. He came within shouting distance of victory in 2017 and hopes to match the accolades of the great Graham Hill at next year's running of the famous oval competition.