This might be what the two-time F1 champ needs to finally claim the coveted Triple Crown. 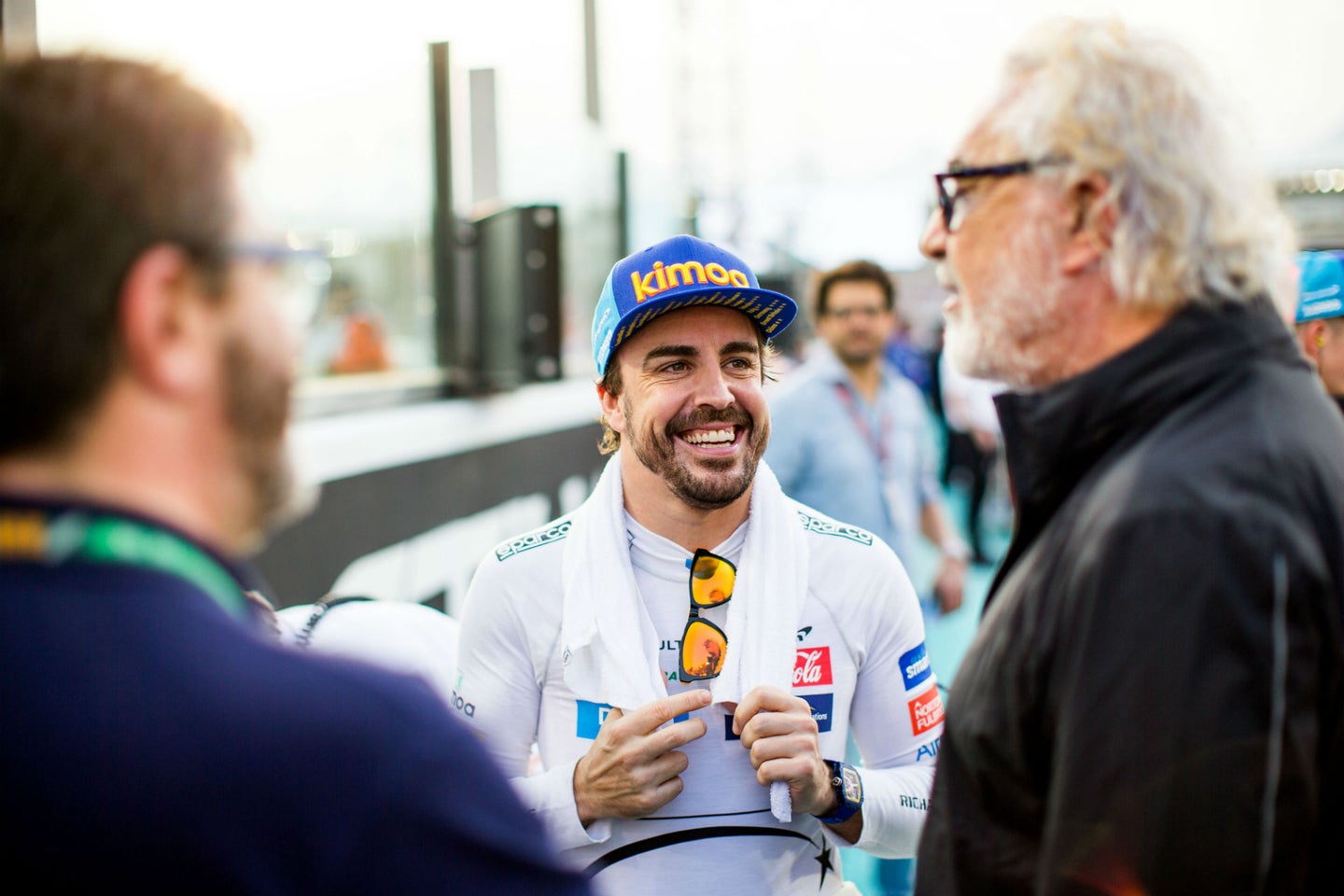 News broke early that Fernando Alonso would sport Chevrolet power at the 2019 Indianapolis 500, and now, the manufacturer has made it official. Chevy will supply McLaren Racing and Alonso with the necessary equipment to compete at the Greatest Spectacle in Racing next May, shifting away from the Honda power they used in their 2017 entry.

"It will be a privilege to wear the Bowtie Brand at the 2019 Indy 500,” Alonso said of the decision. “Having Chevrolet power behind me means we’re putting ourselves in the best possible position to compete at the front. I had a bit of a taste of Chevy power last week in Jimmie Johnson’s NASCAR and I liked it! The opportunity to contest any Indy 500 is an honor, so I’m proud to have Chevrolet as part of the team.”

Although Honda engines have made up the majority of the Indianapolis field in recent years, Team Penske's Will Power did win the 102nd running of the event with a Chevy powerplant. Given that, Chevrolet's known-prowess in speedway races, and Alonso's bad luck with Honda that resulted in a retirement during his first Indy 500, this could be the perfect marriage needed for the Spaniard to claim motorsport's Triple Crown.

“It’s exciting to partner with Fernando Alonso and McLaren for the 2019 Indianapolis 500,” said Chevrolet U.S. Vice President of Performance Vehicles and Motorsports Jim Campbell. “Fernando brings incredible driving talent, and a passion for the sport and winning the biggest races in the world. When Fernando is on track, it’s electric. He generates excitement among fans everywhere. Chevrolet and McLaren have a storied racing history dating back to the mid-1960s, so it will be special to partner with McLaren at the 2019 Indianapolis 500.”

McLaren Racing CEO Zak Brown is also confident in the partnership, saying the opportunity to reunite the two brands was "too good to pass up". He added, “Like McLaren, Chevrolet has racing in its heart. The company’s reputation in IndyCar and at this special race is first-class and they will be a powerful partner.”

This comes in addition to the news that Alonso will race the 2019 Rolex 24 at Daytona with Cadillac and Wayne Taylor Racing. The two-time Formula 1 world champion is using these opportunities to diversify his racing experience, a venture which also includes competing with Toyota in the World Endurance Championship where he claimed 24 Hours of Le Mans victory this June.