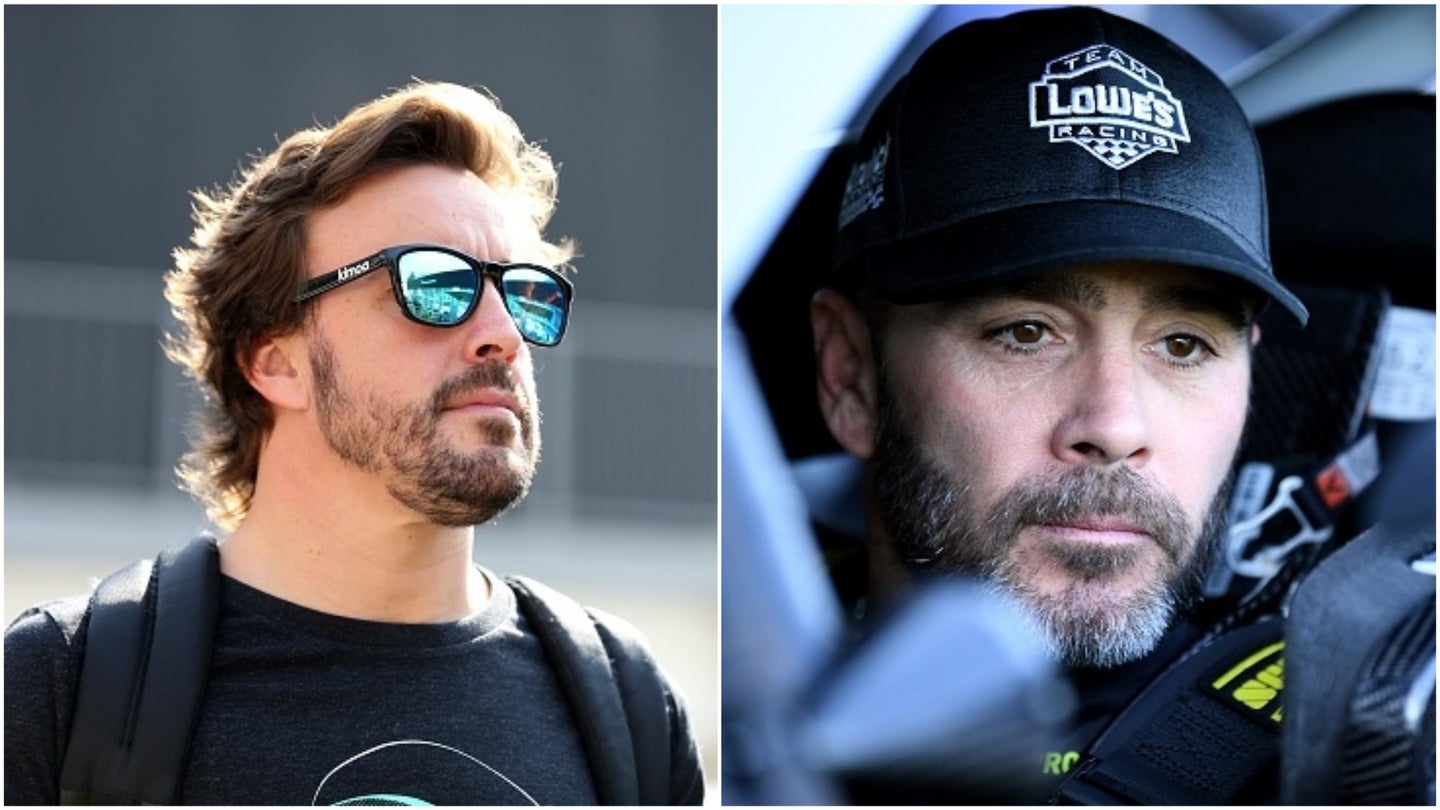 Both Alonso and Johnson won the championships in their respective series in 2006. While that year would mark the last of Alonso's two world titles, Johnson's success was only beginning as he has so far notched seven NASCAR Cup Series championships, tying the likes of Richard Petty and Dale Earnhardt.

After concluding his NASCAR Cup Series season on Nov. 18, Johnson will prepare to drive the McLaren MCL33 by traveling to the team's headquarters to train on its simulator, according to Motorsport. Johnson will then accompany the team to Formula 1's season finale at the Abu Dhabi Grand Prix on Nov. 25, where Alonso will race his final Grand Prix.

The car swap itself will reportedly encompass more than just the drivers, as each team's engineers and pit crews will learn about the other's vehicle, and possibly set it up and manage its operation. It will be a more comprehensive equipment trade than the last F1-NASCAR car swap, where then-McLaren driver Lewis Hamilton and Stewart-Haas Racing owner Tony Stewart traded cars at Watkins Glen International in 2011.

It is speculated that Alonso could enter an American racing series, whether it be IndyCar or NASCAR, once he frees his schedule from F1's grip. He raced the Indianapolis 500 in 2017 with a McLaren-Honda-sponsored Andretti Autosport car and has been linked to a full-time IndyCar entry in the future with McLaren, though that won't be coming in 2019. Alonso has also expressed interest in racing NASCAR's Daytona 500, if not the entire NASCAR Cup calendar.

What is known is that the final piece to the Spaniard's "Triple Crown" goal lies in Indianapolis, so it's a near-certainty that he will race there again.