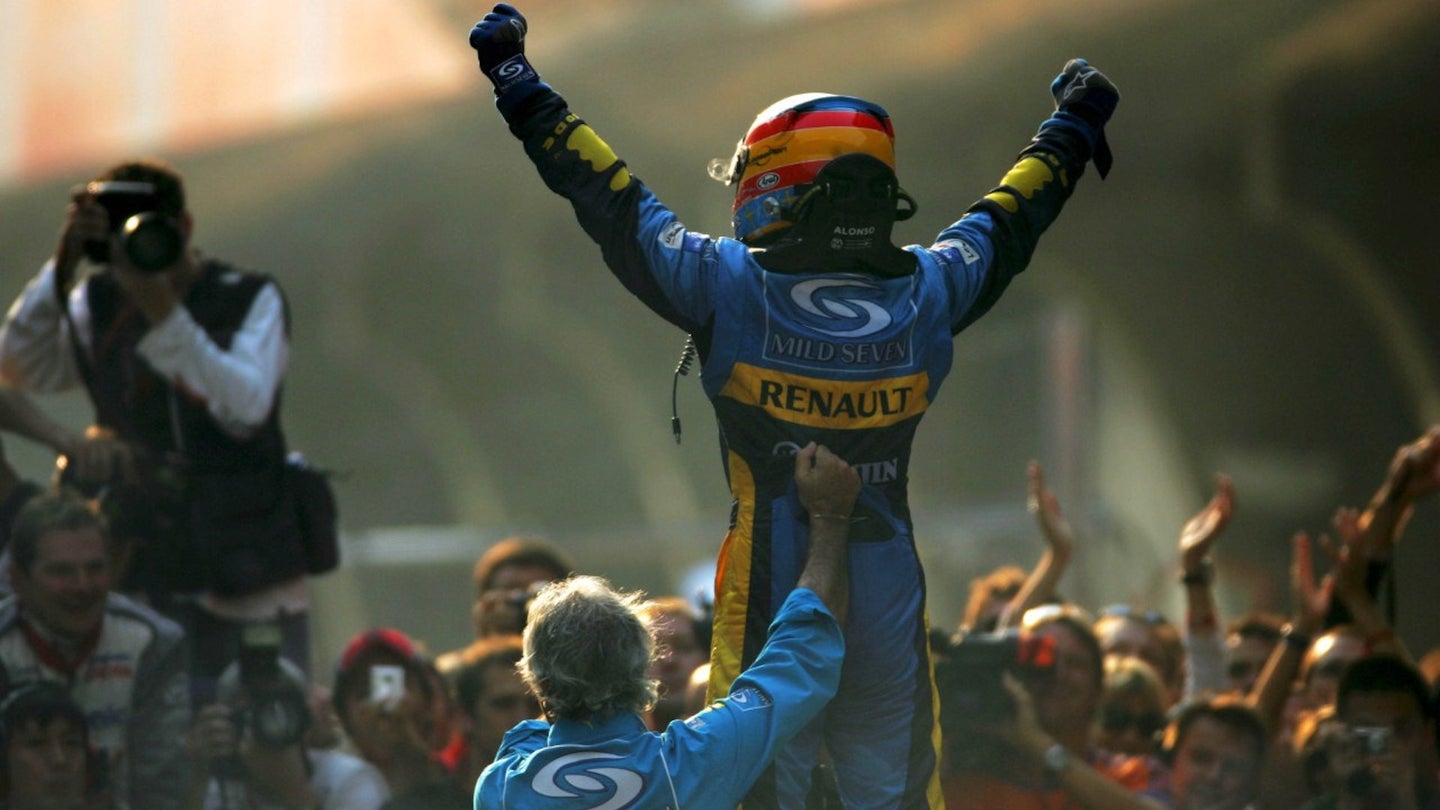 The last two decades in Formula 1 have been ruled by a handful of last names such as Hakkinen, Schumacher, Vettel, Hamilton, and the Spanish Matador Fernando Alonso. Despite the Spaniard's misfortune in recent years, many F1 experts consider Alonso one of, if not the, greatest driver of the century.

Fernando Alonso started driving go-karts when he was three years old and began racing at the age of five. Now, I'm not sure what you were doing at five years of age, but it's clear that Alonso had all of us beat in the category of "life accomplishments" before he even turned double-digits.

Like most Formula 1 stars, Alonso won his way up the ranks of motorsports and eventually found himself knocking on F1's door with an entry-level team. This basic, never-gonna-win-a-race team happened to be Minardi, and Alonso served as its official test driver courtesy of the Renault F1 team, which had already "set aside" Alonso for its own use later on.

The most important chapter of Alonso's career began in 2003 when he joined the Renault F1 team as a full-time racing driver and quickly proved to everyone around him that he was more than capable of getting on with the program. From there on out, Alonso has displayed his once-in-a-generation knack for competition.

The rest, as they say, is history. I personally had the chance to see Alonso race under the famous blue and yellow colors of Renault in 2004 and 2005 in Canada, France, and Germany (and later on with Ferrari and McLaren), but the chemistry he built with that team and its director, Flavio Briatore, will most likely never be replicated.

In some ways, Alonso's career began losing steam as quickly as it gained it, as his initial move to McLaren, his return to Renault, his four years at Ferrari, and his most recent comeback to Woking have rendered Alonso the title of the most experienced, most capable, but perhaps the least successful championship-winning driver in recent times.

Will McLaren-Renault fix whatever it was that plagued it during the pre-season test in Barcelona, or is Alonso in for another heartbreaking year? Regardless, the two questions that need to be asked are: is Alonso the best driver of this century, and does he still even know how to win?