Known as the shortest race in Formula 1 history, the troublesome track outing only lasted 24 minutes. 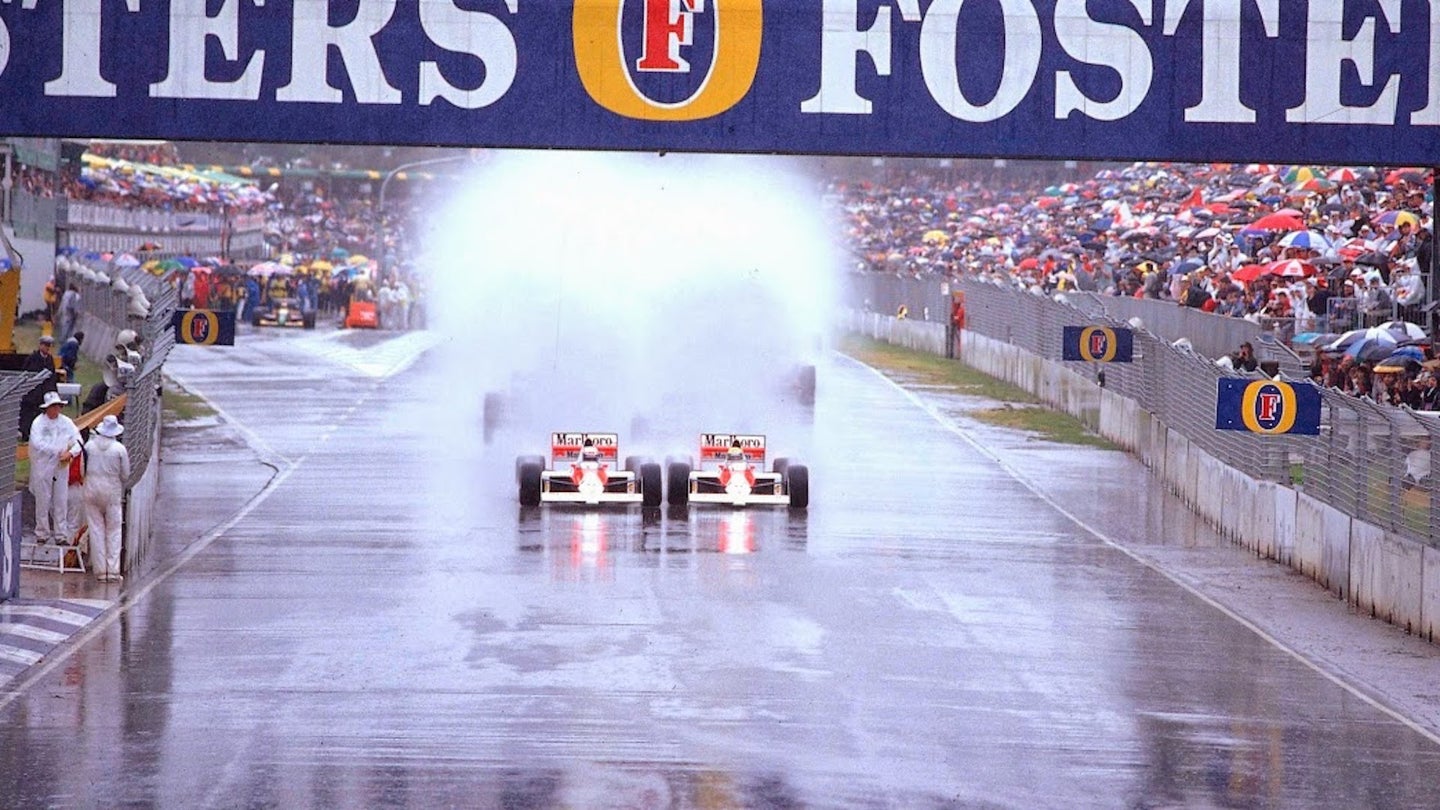 The sport of Formula 1 racing is known for its attention to detail and obsession with perfection, but the truth is that things haven't always run as tidy as they are nowadays. With the 2018 season-opening race in Melbourne, Australia taking place later this week, it's a perfect time to revisit the 1991 Australian Grand Prix, which is a glowing example of the older, less-organized, more political, and far more dangerous Formula 1 circus.

The Australian Grand Prix hasn't always taken place at Albert Park in the glamorous city of Melbourne. In fact, despite hosting F1 races dating back to 1963, Australia didn't join the Formula 1 World Championship until 1985, when the F1 fraternity set up shop on the streets of Adelaide, a city about 450 miles west of the current venue. The Adelaide street circuit proved to be a real challenge and it quickly earned a reputation for being tough on cars and tough on drivers.

The 1985 Australian Grand Prix was won by none other than Ayrton Senna, who raced for Lotus-Renault at the time and had to battle the likes of Keke Rosberg for most of the two-hour race. Perhaps the most notorious race ever held at Adelaide was the 1991 Grand Prix, which like this video shows, it's earned the title of the "shortest race in F1 history."

Pole-sitter Ayrton Senna led the field under extremely wet and treacherous conditions, which caused several drivers to lose control and spin off the track. After a major collision on the main straightaway, it became evident that conditions weren't going to improve, and that the race should be canceled. Of course, back in the '90s, most top teams accused the FIA of playing favorites, and every team boss and driver came up with a "perfect" explanation as to why the race continued for more laps than it should.

In the end, the 1991 Australian Grand Prix only lasted 24 minutes and it was won by Ayrton Senna, who made sure to share a piece of his mind during the post-race interview. Nigel Mansell was awarded second place despite crashing out before the race ended, and Gerhard Berger came in third.

Ayrton Senna’s legendary Lotus-Honda racing suit will be auctioned in Monaco without a reserve.