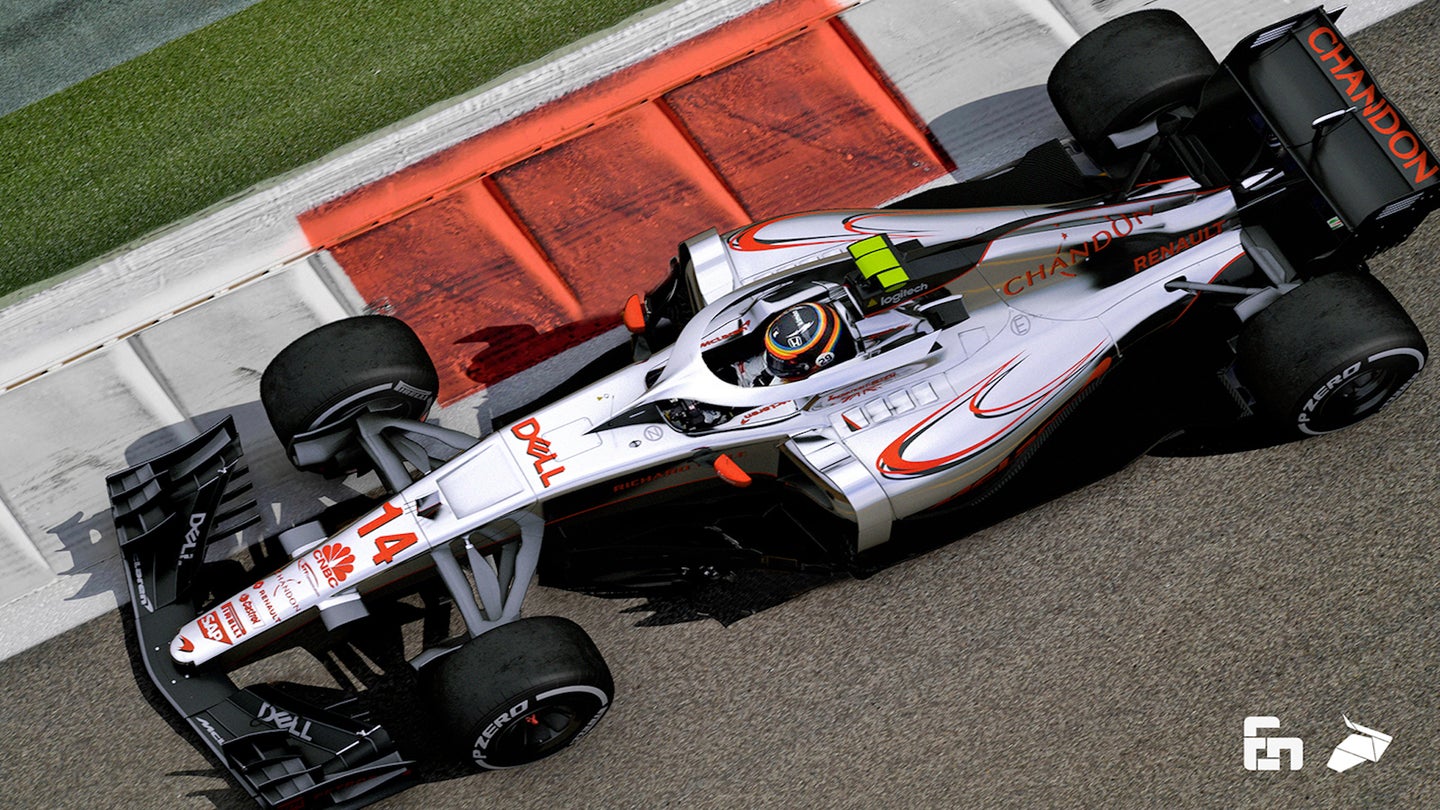 Formula 1 car liveries are just as important to the sport as the engines that power them and the drivers who pilot them. Just think of McLaren-Honda's famous Marlboro livery on the MP4/4 piloted by Senna. It's an iconic car, one that'd be recognized by people around the world who couldn't care less about F1, manufacturers or championship standings. A livery is marketing and marketing is crucial for racing organizations that "invest" hundreds of millions of dollars in the business of racing.

As a result, Formula 1 teams must make their liveries sexy and appealing, but not too over the top that they're just confusing and off-putting, like British American Racing's half-and-half livery from 1998. Sure, the liveries unveiled for the 2018 racing season all look pretty darn good, especially Sauber's, but the truth is that they always leave something to be desired. A little, oomph.

Graphic designer and F1 aficionado Sean Bull recently came up with a few alternatives to today's liveries, and needless to say, they look pretty darn hot. Bull used his talents to redesign the Halo safety device on the new McLaren-Renault, but he also awarded the new MCL33 the Vodafone sponsorship from a decade ago. Similar ideas went into his renderings of Red Bull Racing's RB14, Mercedes-AMG's W09, and Renault Sport's R.S.18.

Do you wish any of these had made it on the official car?

How cool would it be to see the return of a chromed McLaren? It certainly looks better than Papaya Orange.

Renault Sport's very yellow racer could certainly use a hint of white, like in Bull's first design.

Hamilton and Bottas' championship contender is far from bland, but these subtle design changes are simply stunning.

Max Verstappen and Daniel Ricciardo would certainly feel right at home in these liveries. How about that highlighter yellow?