The track-focused Senna hypercar is no fish out of water on the streets, even in Africa's sweltering climate. 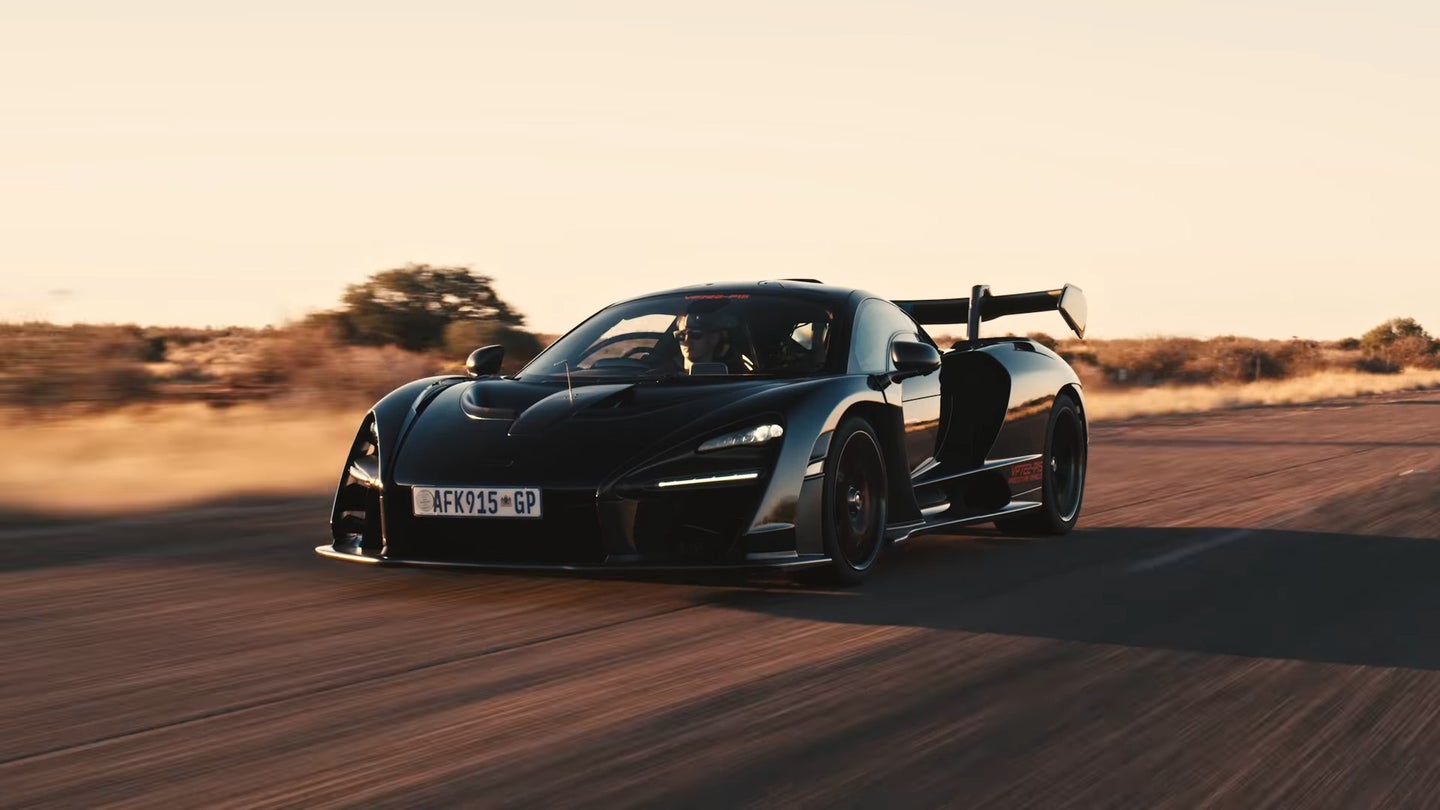 A few weeks ago, McLaren flew out to Southern California to test the new Senna hypercar on a race track. The Senna may be primarily marketed as McLaren's most extreme track car to date, but it's still street-legal. Where does one go to test a race car for the road you might ask? According to McLaren, it's South Africa.

The film takes place on a seemingly endless road in South Africa's Northern Cape. Strangely, this area rarely exceeds temperatures of 104 degrees Fahrenheit according to South Africa's tourist site, so it would probably have been easier to just stay in Southern California and test it on the roads of Los Angeles instead—the results would be the same.

"So the McLaren Senna on the road shares the DNA we've been developing since the first [MP4-] 12C," Palmer explained. "There's a lot of things going on but the senses and the way the Senna plays on your senses, the engagement, the way that the car transmits through the steering wheel, through the seat and really gives you that sense that you're one with the car."

Impractical or not, the Senna's trials in South Africa are the McLaren's final tests before the car is unleashed on the world, with deliveries starting in the third quarter of 2018.

You won't be able to buy one anytime soon, but be on the lookout for them at your local Cars and Coffee event later this year.