Watch Bruno Senna Blast Around a Racetrack in the McLaren Senna

The race car driver does his uncle Ayrton proud by flogging the car named after the legendary Formula 1 driver around a racetrack. 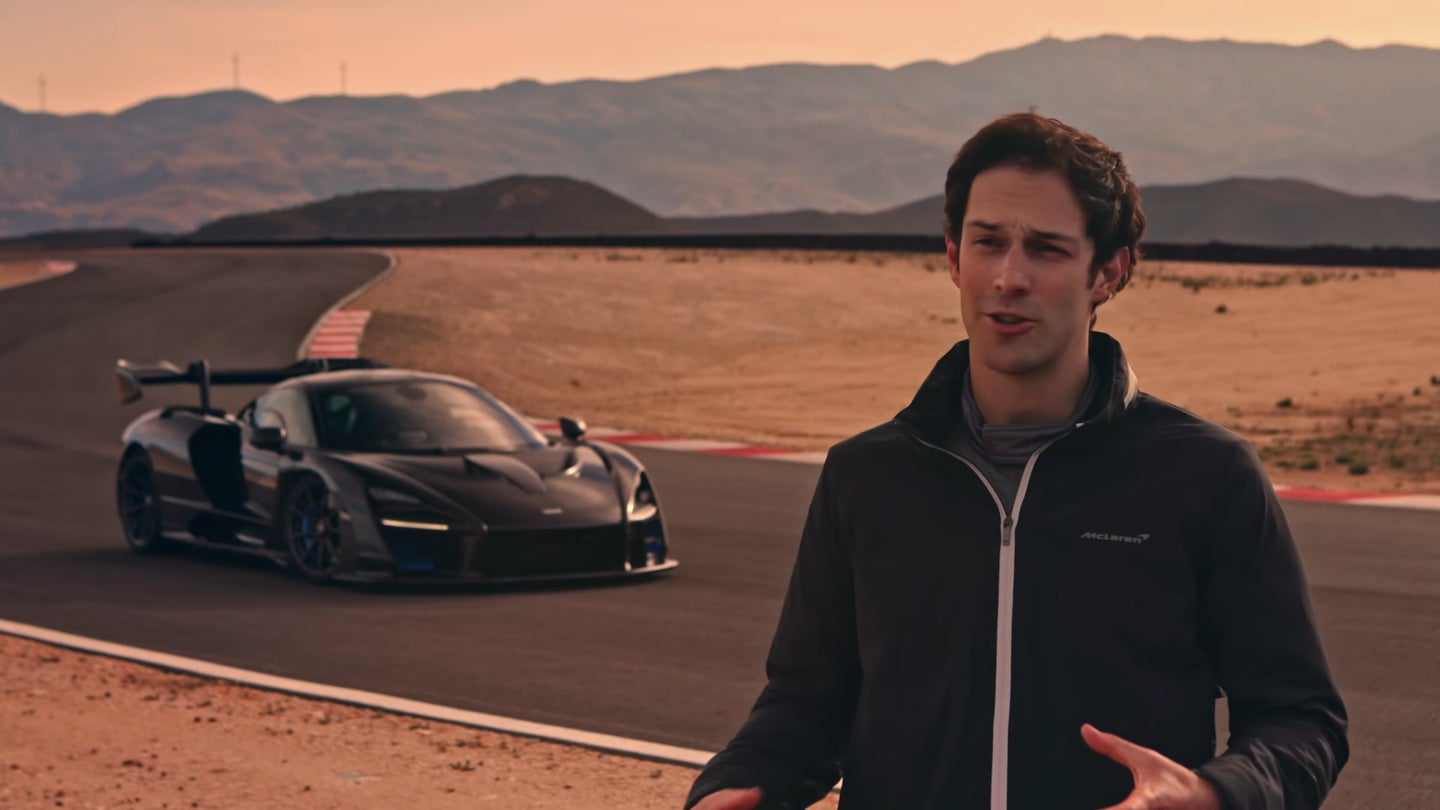 McLaren is touting the new Senna Ultimate Series hypercar as the most insane track-focused production car it's ever built,  but we've hardly seen it travel around a track at more than a snail's pace, let alone set a lap record. While we'll have to wait for McLaren to put its money where its mouth is lap record-wise, some lucky people have already had a go in the car, including one of Ayrton Senna's nephews, Bruno Senna.

In a video uploaded by McLaren's YouTube channel, FIA World Endurance Championship driver and Ayrton's nephew is given command of the Senna's reins on a race track all to himself. Donning his iconic yellow and green helmet inspired by his uncle's headgear, Senna rips around the track at speeds only someone with the blood of a Brazilian race car driver could, and he has a lot to say after his fast lap.

"I waited a really long time for a road car to perform like a race car, and this is it, this is the real deal," Senna explains. "It's literally the most brutal, fastest road car I've ever driven. I couldn't believe it."

From the car's ultra-sensitive steering to its ability to stop on a dime (or as he calls it, "like a single-seater"), McLaren may have built the most hardcore road car yet, and now it has the approval of the family it takes its name from.