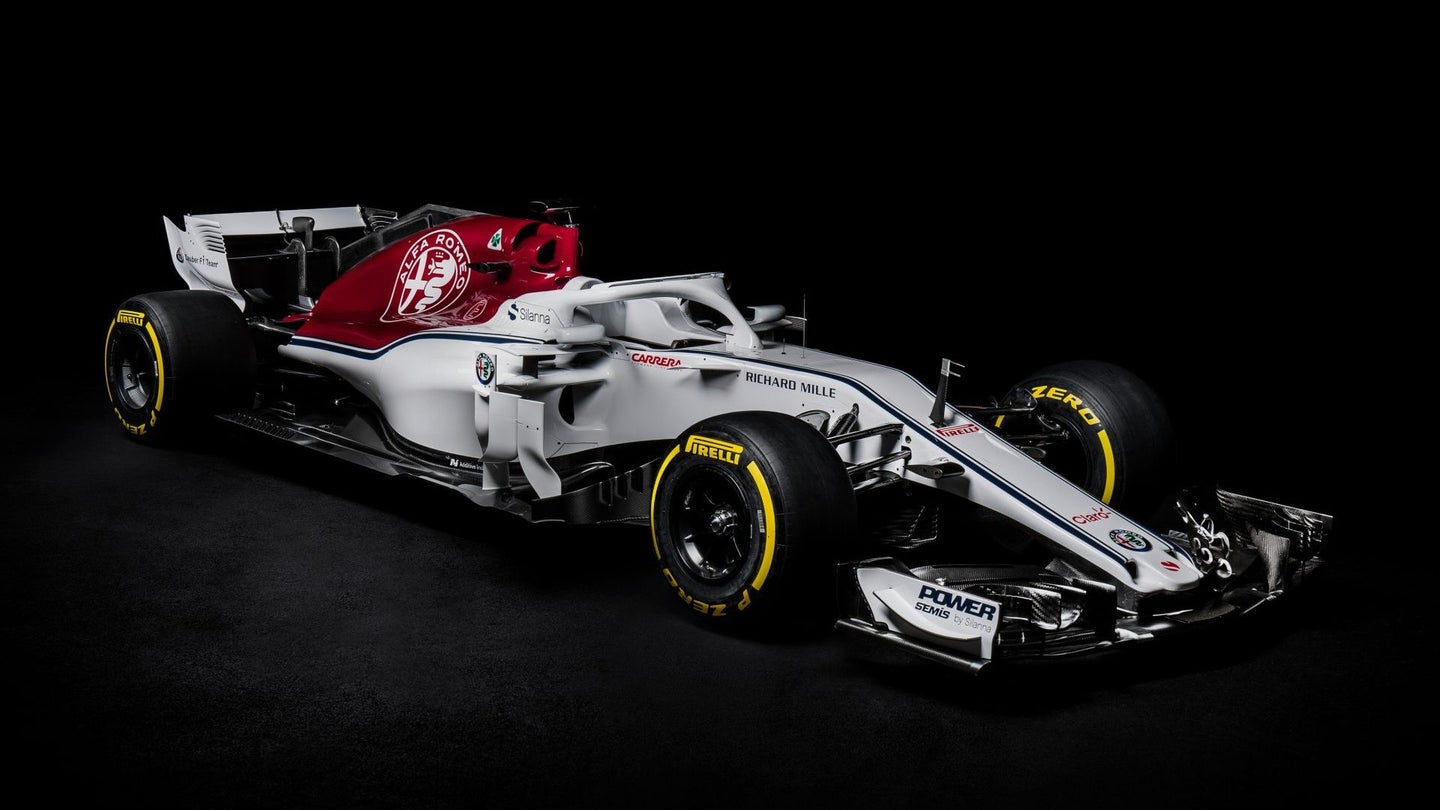 Following in the footsteps of Haas, Williams, and Red Bull Racing, Alfa Romeo Sauber released its contender for the 2018 season of Formula 1, the C37, with only days remaining before winter testing in Barcelona.

The C37 name is derived from the lineage linking the car back to the team's first F1 car, the C12, which in turn received its own name from the scheme originating from the Sauber SHS C6, built in 1982 for Group C prototype racing. Its predecessor, the C36, put the team through a season of compromised performance, as its chassis was not designed to use the most recent specification of Ferrari engines.

A return of Jorg Zander, who was partially responsible for 2009's Brawn BGP 001, bodes well for the team's chassis design. The adoption of current-spec Ferrari engines, rather than the 2016 engines used last season will cure the team of its power handicap, which ensured that Sauber's only real competition in 2017 was the disastrous McLaren-Honda.

The team's driver roster will be composed of Swedish F1 veteran Marcus Ericsson and the exciting Monegasque rookie, Charles Leclerc, who is known for his sharp racecraft and tremendous speed. Ericsson's experience should keep Leclerc on his toes, but should the Swede succumb to a rookie in the battle against his teammate, his already unremarkable F1 career could suffer a bruising.