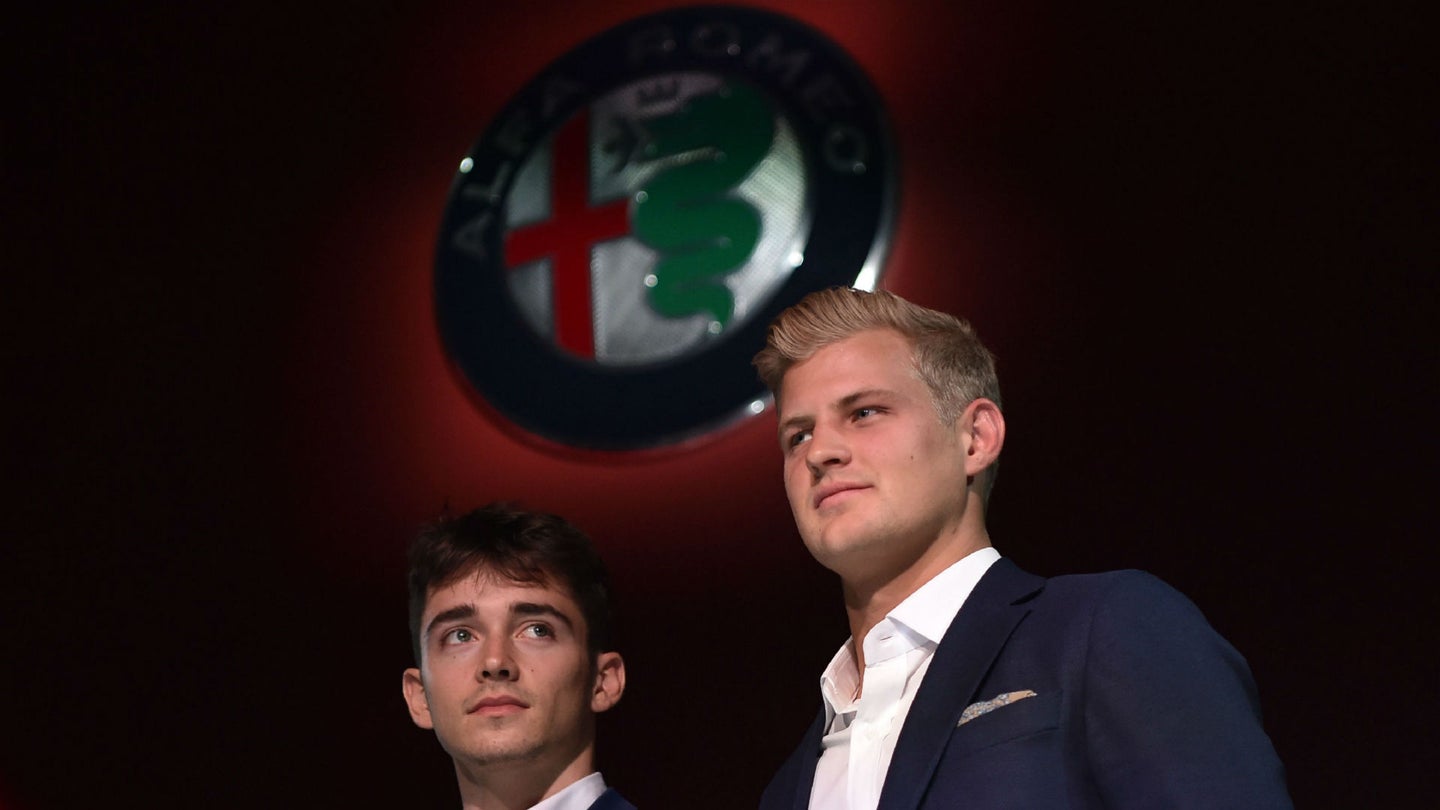 Ferrari junior stud and reigning GP2 champion Charles LeClerc will officially have a spot in F1 come 2018. After rumors that the Monaco-born driver would join Sauber next season, the team confirmed the news in a recent announcement. In addition to revealing the duo of LeClerc and Marcus Ericcson, the Swiss outfit also debuted its Alfa Romeo-focused livery as part of the two's newfound relationship.

Sauber held an exclusive press event in Milan, Italy to mark its fresh start with added Ferrari-backing. The acquisition of LeClerc should also aid the team's efforts after struggling in 2017, placing last in Constructors' Standings.

Team principal Frederic Vasseur said of the announcement: “With Marcus and Charles, we have a strong driver duo for the debut season of the Alfa Romeo Sauber F1 Team. Marcus is an experienced Formula One driver, who knows the procedures and the team well, after having worked together for the past 3 years. He is a team player and has a very positive attitude."

LeClerc was prompt to mention his excitement as well after making the move which many thought to be a no-brainer.

“I am very happy to be entering Formula One in 2018,” said the rook. “First and foremost, I would like to thank Ferrari for their support. I would also like to thank Sauber for their trust and confidence in me as a driver and look forward to joining the Alfa Romeo Sauber F1 Team for the upcoming season."

Vasseur explained that the team is in a rigorous development session preparing for 2018. This includes getting LeClerc and Ericcson plenty of time behind the wheel as well as Antonio Giovinazzi, another successful Ferrari protege who was considered for a full-time role with the outfit. Sauber will bump up to a current-spec Ferrari power unit next season in addition to its other improvements, all of which Vasseur claims to be a significant leap towards success.

“This winter is going to be very busy, and it will be important to push the development of the car in order to have a good start to the season. I am optimistic that 2018 can be a big step and a good chance for us to move up in the field.”