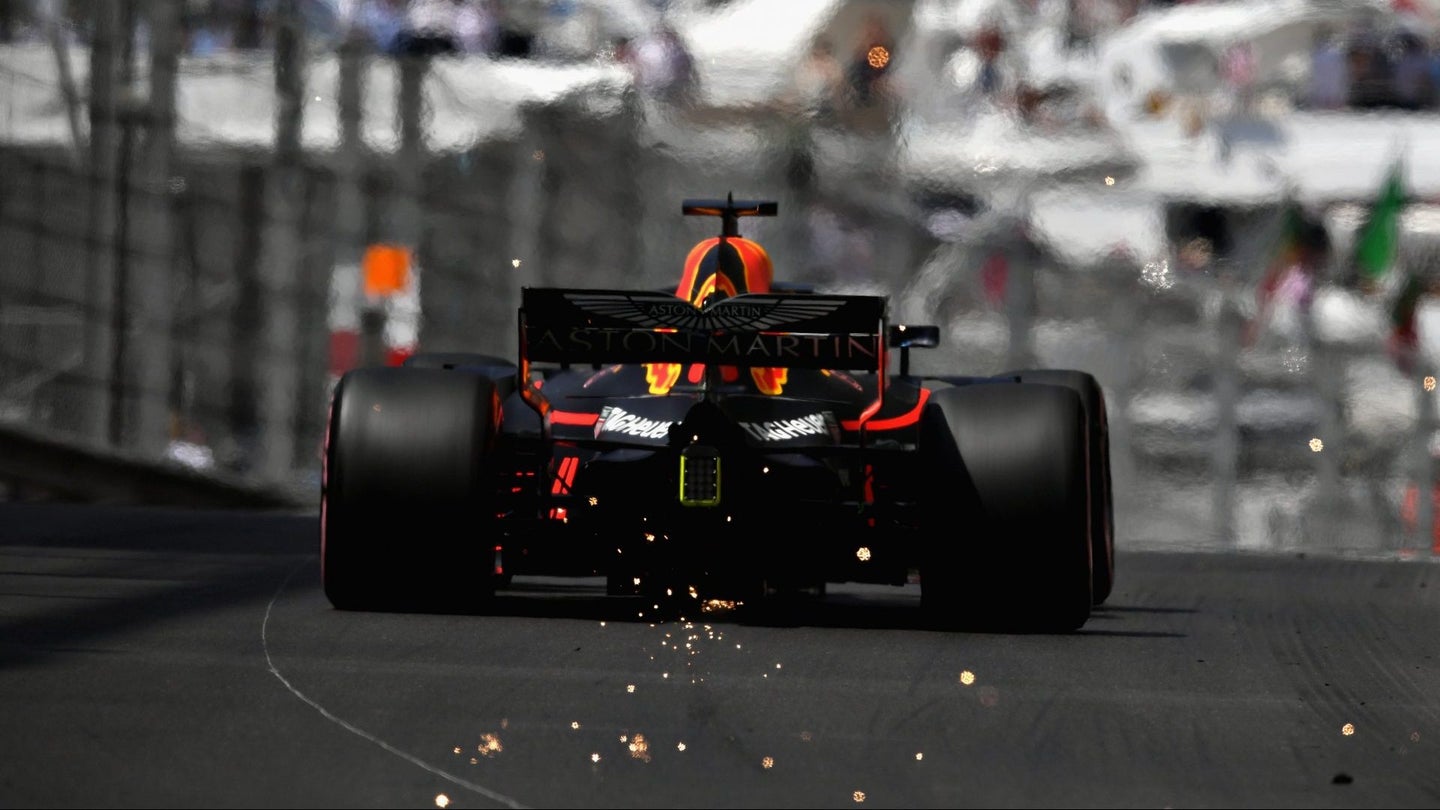 Red Bull Racing's Daniel Ricciardo will start on pole position for the Monaco Grand Prix, his 1:10.810 lap more than two-tenths faster than anything his competitors could accomplish. Teammate Max Verstappen, who nipped at Ricciardo's heels throughout practice, bit off more than he could chew while circumnavigating Nico Hülkenberg of Renault in free practice three and clipped a barrier. Damage to his RB14 was consequential enough to bar him from qualifying, his car undergoing repairs instead. This marks the sixth consecutive race weekend in 2018 that Verstappen has crashed.

Ricciardo will share the front row with Sebastian Vettel of Ferrari, whose time is closer to that of Lewis Hamilton's (down in third) than that of Ricciardo. Kimi Räikkönen keeps Hamilton company on the grid. The third row will feature Valtteri Bottas and Esteban Ocon, for Ocon's best starting position of the season so far. Fernando Alonso of McLaren starts seventh and shares the fourth row with countryman Carlos Sainz Jr., who out-qualified his teammate Nico Hülkenberg for the second race in a row.

The bottom of the top ten is rounded out by Sergio Perez and Pierre Gasly, whose teammate Brendon Hartley looked set to outperform the Frenchman this weekend, but suffered impedance in the first qualifying session, and was knocked out early.

Down the grid, Sergey SIrotkin and Charles Leclerc out-qualified their more experienced teammates to the tune of eight- and five-tenths of a second respectively. Romain Grosjean beat out his teammate Kevin Magnussen, escaping into the second qualifying session, but a surprisingly poor performance from Haas this weekend and a three-place grid penalty for his accident in Spain relegate the Frenchman to 18th. As Verstappen did not set a time, he will start from the pit lane, behind both Haas drivers.

The full starting order for the Monaco Grand Prix may be found below.

With a few modifications, a 20-year-old digital camera can be used for some rad motorsports photography.