Times were tight between Bottas and his teammate Lewis Hamilton, but when Hamilton bottled his last Q3 lap, it paved Bottas’ route to pole. 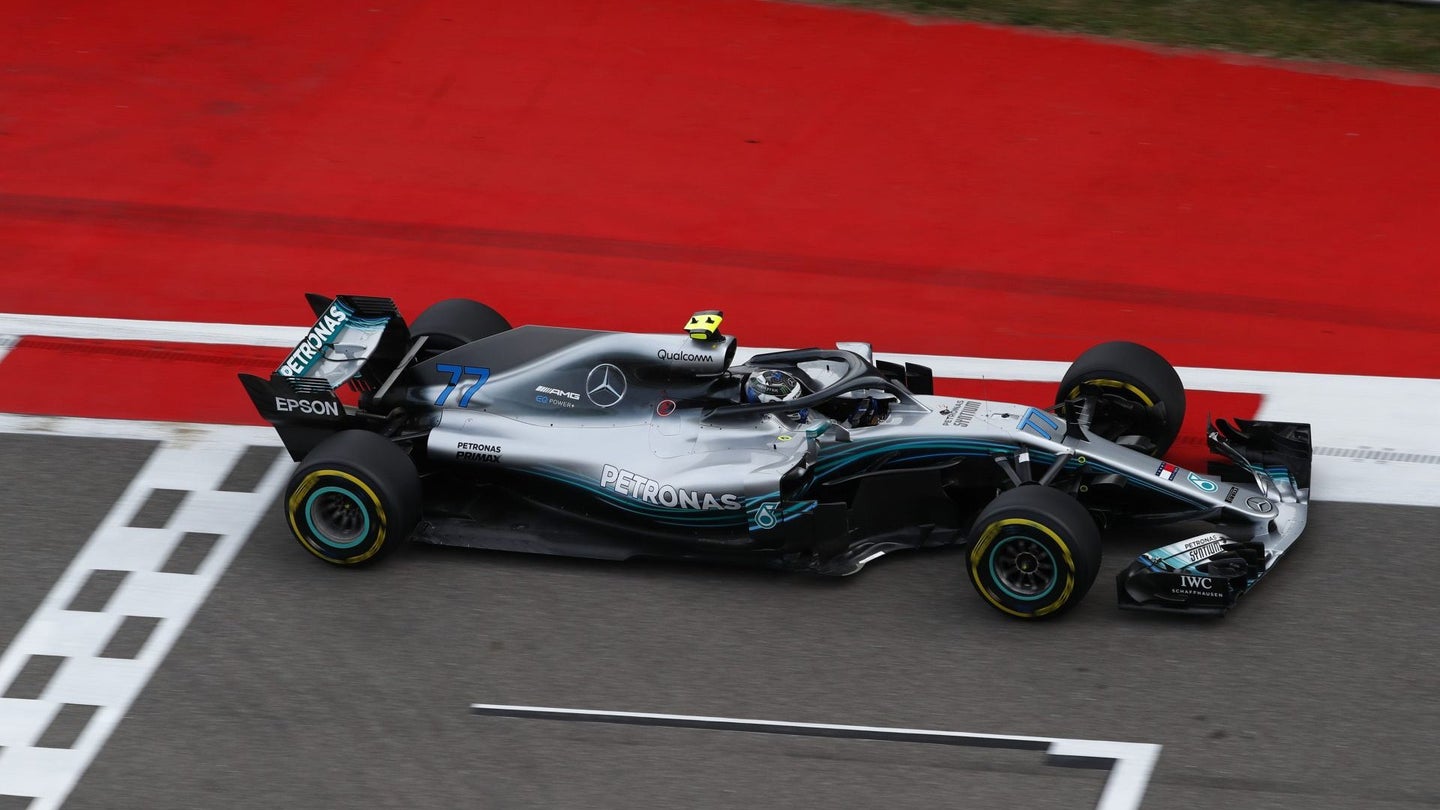 Valtteri Bottas of the Mercedes-AMG Formula 1 team will start on pole for the 2018 Russian Grand Prix.

The Finn was neck-and-neck with his British teammate Lewis Hamilton, but when Hamilton made a mistake on his final bid for pole, he aborted, leaving Valtteri's path to pole clear. Both Ferraris have been significantly off Mercedes' pace all weekend, ultimately coming up more than a half-second off pole, Sebastian Vettel a nose ahead of Kimi Räikkönen.

Both Red Bulls will take grid penalties as they abandoned hope of competing in Q3, leaving Kevin Magnussen's Haas the fastest car of the rest and allowing him to out-qualify teammate Romain Grosjean by almost six-tenths. Esteban Ocon of Force India will start alongside Magnussen, his stablemate Sergio Perez in line behind him, sharing a row with Alfa Romeo Sauber's Charles Leclerc. Sauber's Marcus Ericsson also slipped into Q3, making this race the first time since the 2015 Chinese Grand Prix that Sauber got both cars into Q3.

All Q2 knockouts surrendered without setting a lap time: both Red Bulls, both Renaults, and Pierre Gasly of Toro Rosso-Honda all essentially withdrew beforehand. Gasly has a grid penalty, as do the Red Bulls, but there have been no reports of penalties for Renault. Other penalty-takers include Brendon Hartley of STR-Honda and Fernando Alonso of McLaren.

Some drivers will even start behind the last-placed Williams of Lance Stroll, whose teammate Sergey Sirotkin was spurred on by his home crowd and out-qualified Stroll by more than eight-tenths, despite almost wrecking his car in Q1.

Full qualifying results can be found below, along with margins of improvement from 2017 times.