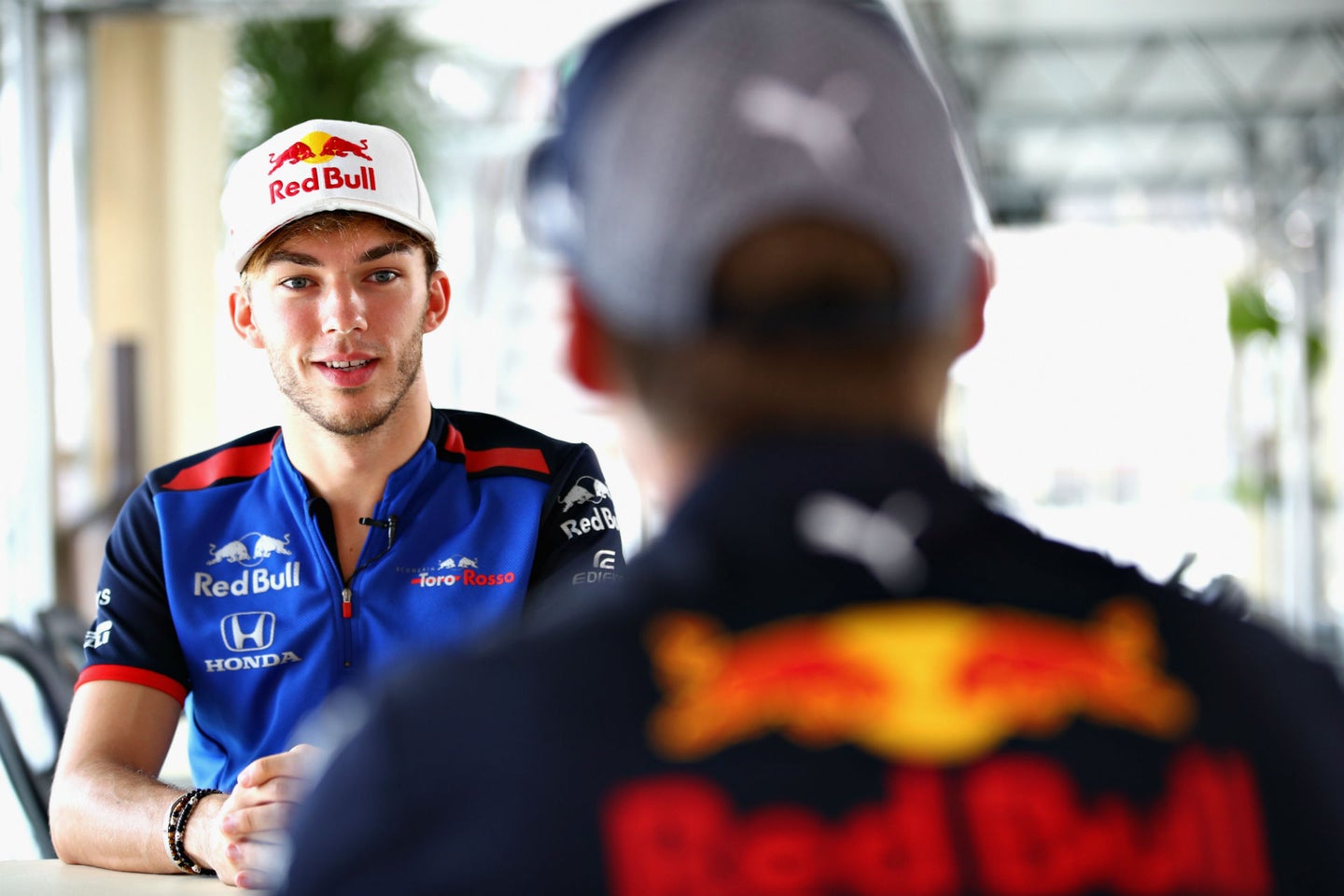 Concluding a whirlwind of speculation, Red Bull Racing announced on Monday that it will promote Pierre Gasly to drive alongside Max Verstappen in 2019. The 22-year-old racer currently drives for Red Bull's junior team Toro Rosso and will replace Daniel Ricciardo next season at the Milton Keynes-based squad.

Gasly is a past GP2 (now Formula 2) champion and has been a consistent points-scorer in 2018. A career best of P4 in Bahrain showed his talent as has is raw speed in comparison to his Toro Rosso teammate Brendon Hartley, with Gasly frequently out-qualifying and out-performing the F1 newcomer.

Red Bull Team Principal Christian Horner commended the Frenchman for his showing thus far, proving his worth to step up next season.

"Since Pierre first stepped into a Formula 1 seat with Scuderia Toro Rosso less than a year ago he has proved the undoubted talent that Red Bull has nurtured since his early career," Horner said in a press release from the team. "His stellar performances this year at the Honda-powered team, in only his first full season in Formula 1, have only enhanced his reputation as one of the most exciting young drivers in motorsport and we look forward to Pierre bringing his speed, skill and attitude to the team in 2019. While our immediate focus remains fully on achieving our best result in the 2018 World Championship, we look forward to competing in 2019 with Max and Pierre at the wheel of Aston Martin Red Bull Racing.”

Gasly was pleased by the announcement as well having come up through the Red Bull junior ladder for most of his driving career.

"To be awarded a drive at Aston Martin Red Bull Racing from 2019 is a dream come true for me, I’m so excited to be joining this top team," Gasly exclaimed. "It has been my goal to race for this team since I joined the Red Bull Junior Driver Program in 2013, and this incredible opportunity is another step forward in my ambition to win Grands Prix and compete for World Championships. Red Bull has always looked to fight for championships or victories and that’s what I want. I’m a really competitive guy and when I do something it’s always to fight for the best and top positions."

By signing Gasly, Red Bull Racing will likely have the youngest lineup on the Formula 1 grid next season. Max Verstappen, the four-time Grand Prix winner, doesn't turn 21 until September 30 and Gasly is just 7 months his senior.