Hamilton pulled a shocker of a lap from up his sleeve and will start ahead of his championship rival Sebastian Vettel. 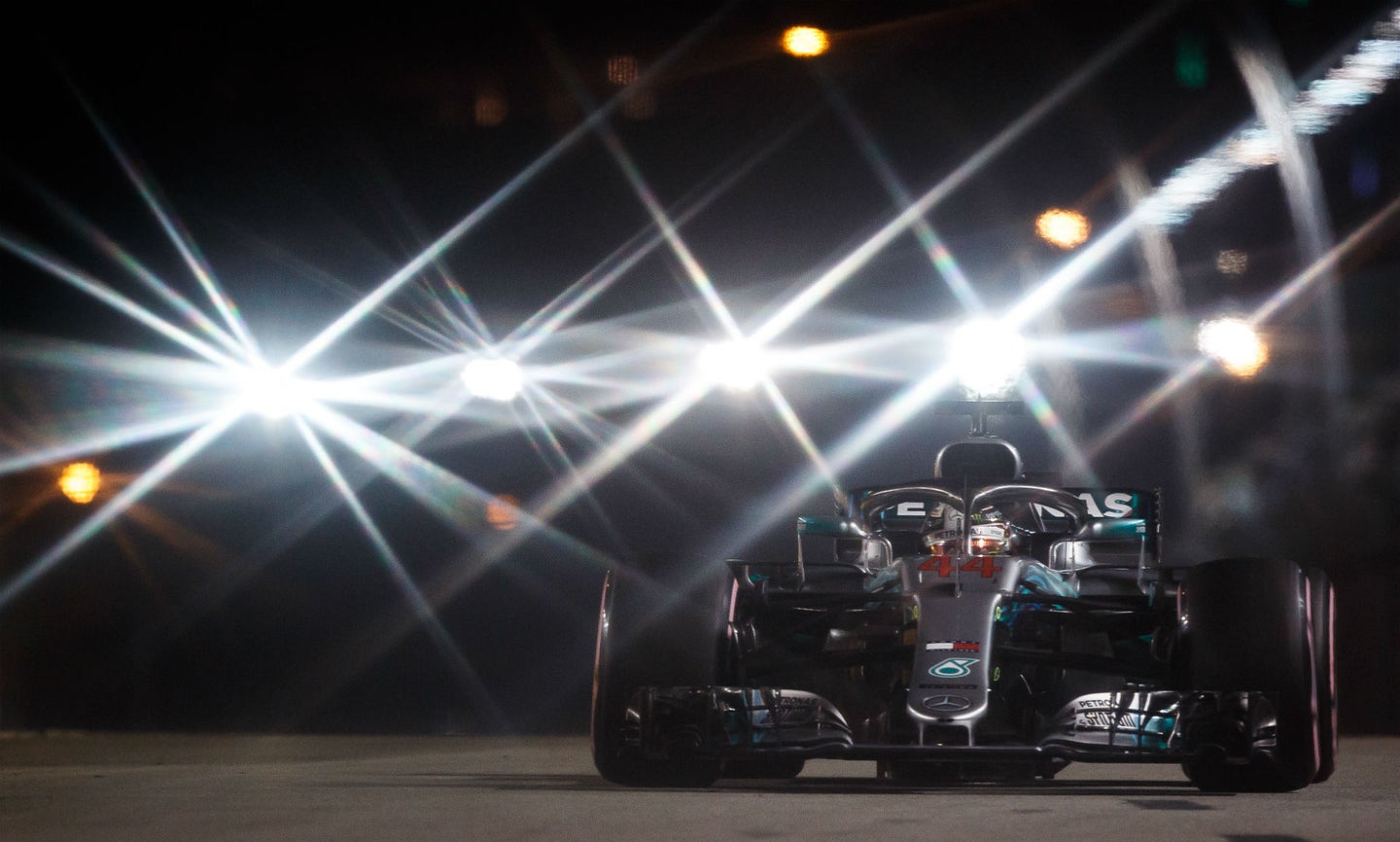 Four-time Formula 1 world champion Lewis Hamilton flipped a small deficit in practice to a huge advantage in qualifying, seizing pole position for the Singapore Grand Prix by more than three-tenths over his closest competitor, Red Bull Racing's Max Verstappen, and by 4.111 seconds over his 2017 Q3 time. Another three-tenths back was Hamilton's championship rival, Scuderia Ferrari's Sebastian Vettel, typically in contention for race wins on the streets of Singapore. A small brush with the wall in practice on Friday limited his running, however, and may be the cause of his lost time.

Vettel will start alongside Valtteri Bottas, less than a tenth between them, though Bottas was almost seven-tenths off his pole-sitting Mercedes teammate. RBR's Daniel Ricciardo and Kimi Räikkönen occupy the row behind, respectively one and six tenths off their teammates. Ricciardo either couldn't find the pace or is investing in a Sunday-friendly setup, giving him a shot at a come-from-behind win, for which he is known. Verstappen and Räikkönen both took new MGU-H energy recovery units, but because they remain within seasonal component use limits, they avoid grid penalties.

Racing Point Force India's Sergio Perez and Esteban Ocon both made it into Q3 and will start in a P7-P9 formation. They are accompanied by Romain Grosjean of Haas—who out-qualified his teammate Kevin Magnussen by 1.3 seconds—and Nico Hülkenberg of Renault, who squeezed McLaren driver Fernando Alonso out of Q3 at the last minute.

A full list of qualifying laps can be found below, along with the margin of improvement over each driver's qualifying lap from 2017.

Ocon’s chances at an F1 drive next season are approaching the flatline, something which longtime overseer Wolff is vocally unsatisfied with.

The Finn is making the best of his remaining time in a red car and hopes here to make up for a lost opportunity in Italy.