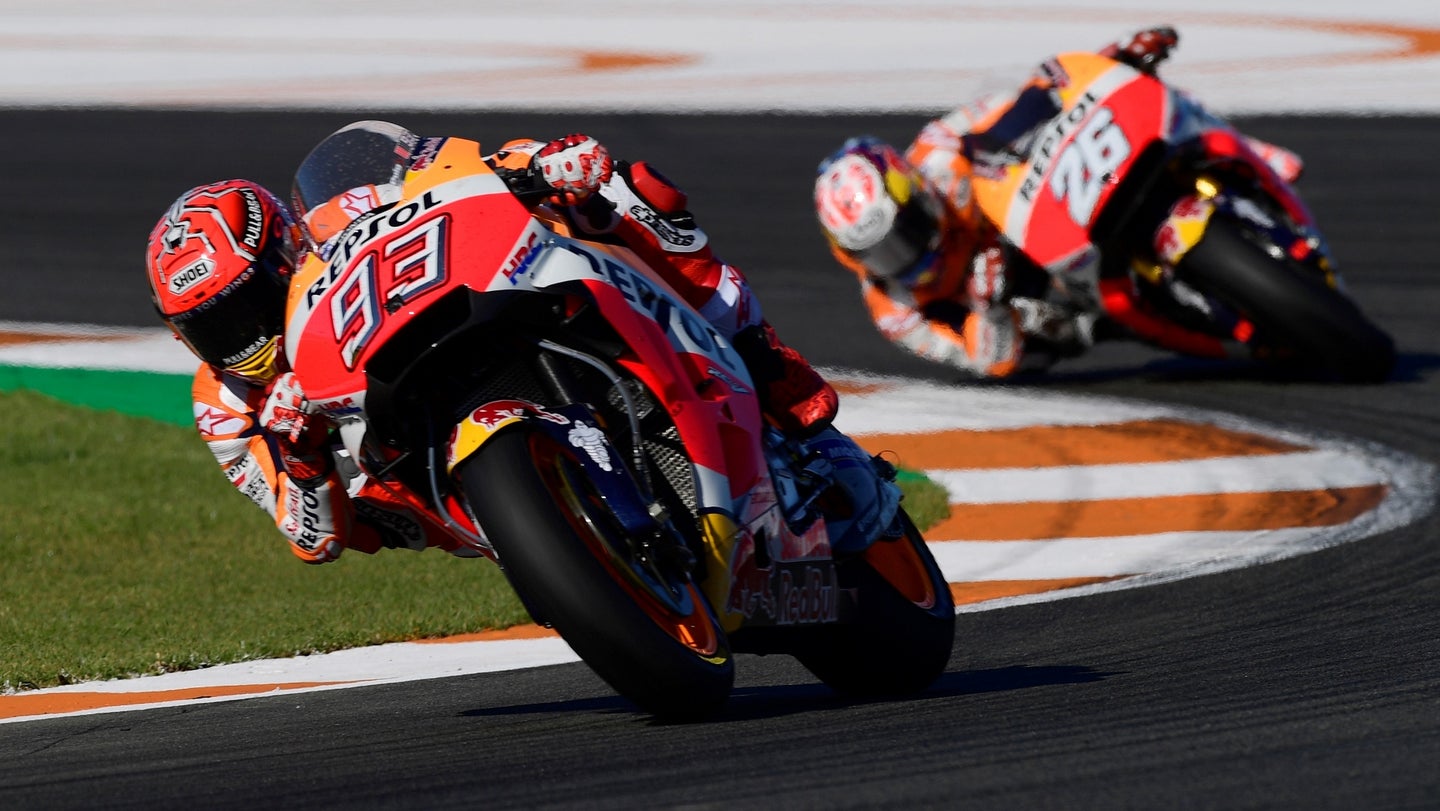 The test itself was reported by Motorsport, which stated that it will run June 5-6 at the Red Bull Ring, the current host of the Austrian Grand Prix, which will be held the first of the following month. Between now and test day, the three riders will reportedly receive seat fittings and simulator time at the Formula 1 team's headquarters.

This news arrives two days behind rumors reported by F1 Today that Red Bull Racing seeks to replace Brendon Hartley at its junior team, Scuderia Toro Rosso-Honda, with Dutch television channel Ziggo Sport speculating his replacement could come in the form of Mahindra Formula E driver, Felix Rosenqvist. The Swede's 2015 European Formula 3 championship win and third-place finish in the last season of Formula E give him enough points to be eligible for the FIA Super License required to race in Formula 1. Rosenqvist, however, has no prior affiliation with the Red Bull organization.

As for Márquez, Pedrosa, or Cairoli, none make viable candidates for Hartley's replacement, as the FIA Super License does not recognize success on two wheels as part of earning it; only four-wheeled driving contributes toward the license's requirements. The test is presumed promotional in nature, as such demonstrations are commonly held by Formula 1 teams.

Another motive for the test may, however, be held by Red Bull. The team is known to be considering Honda power for the future, with its Toro Rosso-Honda outfit serving as a way to evaluate such a partnership from within. The deadline for a decision to change engine suppliers passed last week without fanfare, meaning Red Bull needed to have made its call on Honda engines for 2019 as of a week ago.

Red Bull's Honda quandary relates to the upcoming Formula 1 test because it involves three Red Bull-sponsored riders, two of which use Honda bikes. A Red Bull-Honda crossover event such as this would be the ideal time to announce such a partnership. To the contrary, the participation of Cairoli (a rider for KTM, not Honda) at the test and Red Bull Racing team principal Christian Horner's insistence that the Honda question will not be answered in May stand as evidence against this possibility.

The Drive reached out to Red Bull Racing, and both the management of Felix Rosenqvist and his team, Mahindra Racing, for comment. Rosenqvist's management declined to comment on these allegations. We'll update further when we hear back from the others.

The racer who also drove a 919 Hybrid at Le Mans gives his insight on Porsche’s new EV.