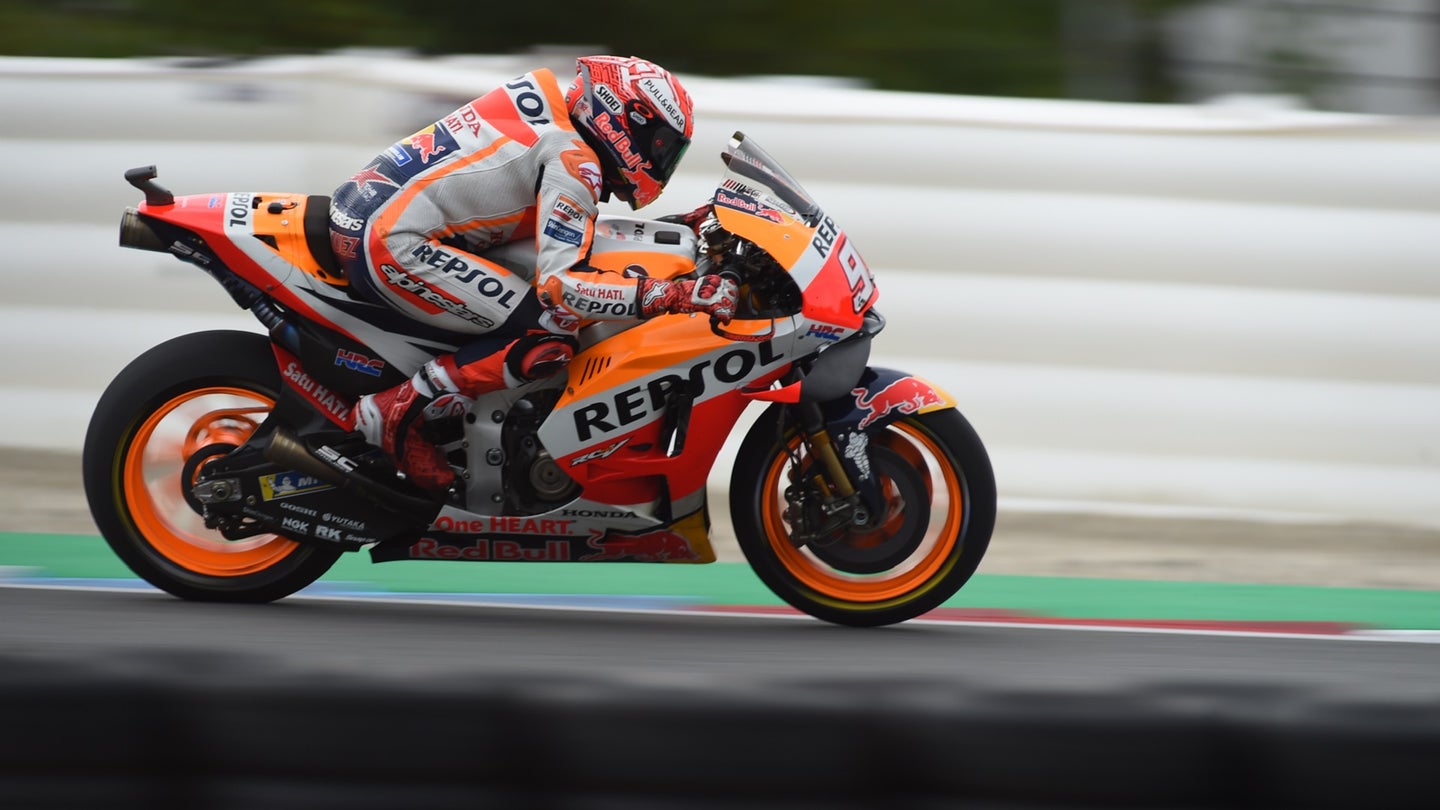 Marc Marquez and Dani Pedrosa of the factory Repsol Honda MotoGP team managed to set the first- and second-fastest lap times around the Brno Automodrom in the Czech Republic during Monday's test. Monster Yamaha Tech 3's Johann Zarco delivered a late-session fast lap to split the two Honda-riding Spaniards and steal the second-fastest time of the day.

The test session, which was closed to the general public and media alike, saw many of Sunday's top teams and riders take to the track once again, although details on their individual testing programmes were kept secret by the racing series and the teams. Repsol Honda was the exception, as it publicly shared that it tasked Marquez with testing a new Michelin front and rear tire compound and expected a full debrief from the Spaniard. However, the team did not specify what Pedrosa focused on during the more than 50 laps he rode around the 3.35-mile track.

Johann Zarco was the top Yamaha on Monday, as he tested unknown specifics for more than 70 laps which more than tripled the race distance performed on Sunday. When it comes to the factory Yamaha bikes, Valentino Rossi finished the day in seventh place following a brief Michelin tire test program, but teammate Maverick Vinales skipped the test due to pain in his shoulder as a consequence of Sunday's first-lap crash. Race winner and second-place finisher Dovizioso and Marquez could only deliver the eighth- and ninth-fastest times of the day, although it wasn't clear what components or tires the due was testing.

"It was a good test because we had very hot conditions—similar to those we had during the GP weekend—so we could try something else," said Rossi. "We worked on acceleration on the first touch of the throttle and also on trying to save the tires during the races. We tried different things and found that some things were good, but we have to put them all together. Unfortunately, we weren't able to improve the performance from yesterday, so I think for Austria the situation will be the same."

Austria's Red Bull Ring is the next stop on the MotoGP calendar, where Honda will look to build upon this test's pace and clinch the win in honor of its riders' sponsor: Red Bull.