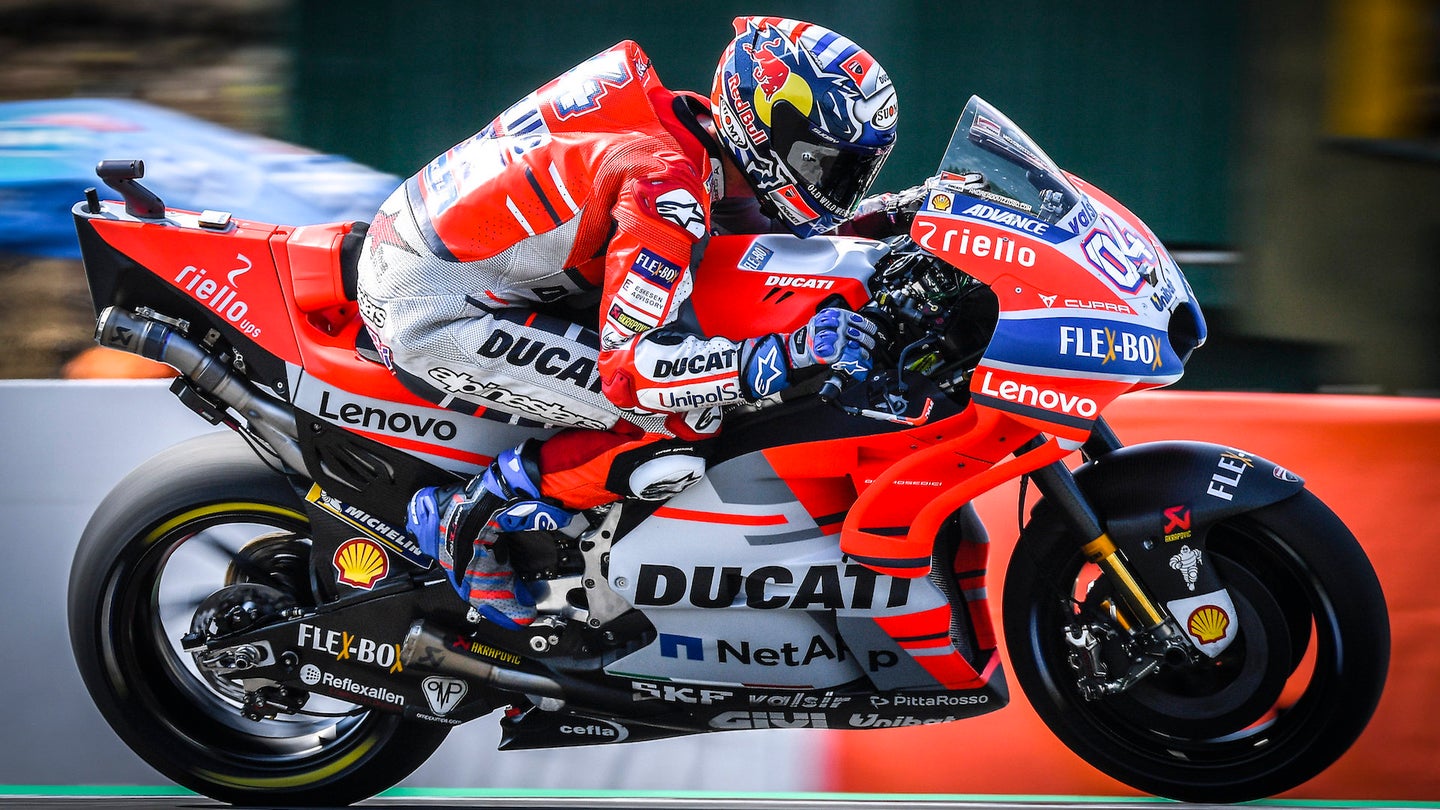 The feisty Italian delivered a series of scorching laps around the Automotodrom Brno to clinch his first pole position since 2016, when he earned his maiden pole at the iconic Motegi circuit. Just as Rossi and Marquez appeared to be setting up for their fastest laps of the two-round qualifying session, Dovizioso clocked a 1:54.689 during the closing stages and sealed the deal with just a few minutes left to go.

Rossi wheeled his Yamaha to an extremely competitive 1:54.956 given the hot weather conditions, just 0.267 seconds behind Dovizioso, with Marquez barely squeezing into the front row's 1:54 club with a 1:54.961—0.272 seconds behind the pole sitter. As a result, Marquez will start his 100th MotoGP career start from third place, something he will be anxious to build upon on race day.

“It's true that it was very difficult with these hot temperatures," said Rossi. "I knew I could be quite competitive with a new tire, because already this morning I did a good lap. This afternoon I was able to improve. I pushed that bit more and rode very much on the limit on braking and entry. A 1:54.9 is a great lap time. I'm very happy, especially with this temperature! For tomorrow's race it's very important to start from the front row. My race pace isn't fantastic, after some laps I will suffer, but for sure we will try."

Further down the grid, it was Ducati's Jorge Lorenzo who rode to fourth place with a 1:55.038, and LCR Honda's Cal Crutchlow, Pramac's Danilo Petrucci, Monster Yamaha's Johann Zarco, and Suzuki's Andrea Iannone and Alex Rins wrapping up the first three rows.

With hot temperatures expected on Sunday and three different riders representing three different teams at the very front, it appears that Sunday's race will be a must-watch.