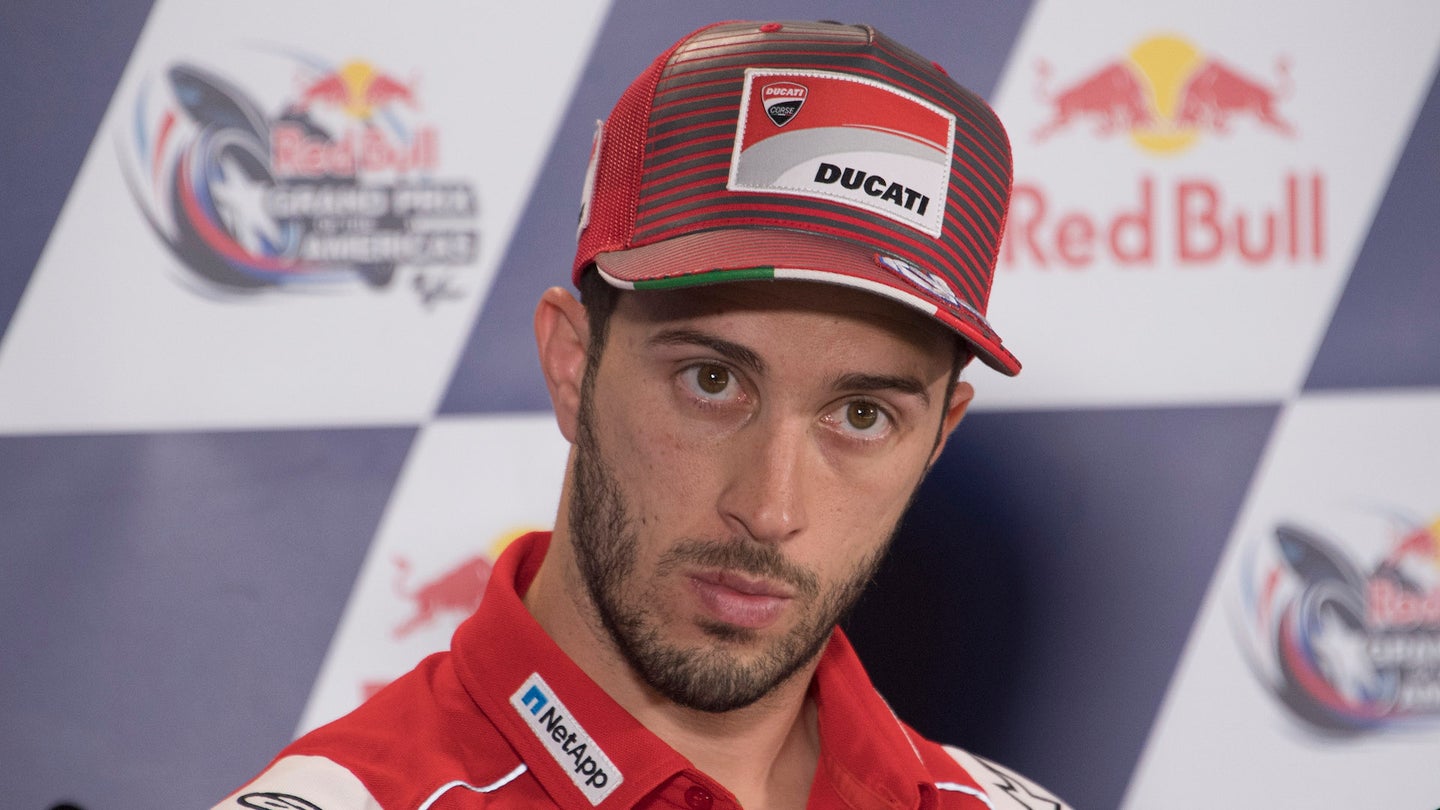 MotoGP rider Andrea Dovizioso has rejected Ducati's initial contract offer, which aims to keep the Italian in the motorcycle racing squad after the 2018 racing season, which is when his current contract expires.

The contract negotiations between Ducati and Dovizioso have been going on for some time, but there hadn't been any reports of an extension being signed, or if the two parties had agreed on any specific terms. Things changed following the MotoGP Grand Prix of the Americas in Austin, Texas, where Dovizioso once again was able to wrangle the underperforming Ducati Desmosedici GP 18 to finish a strong fifth place, six spots ahead of his world-champion teammate Jorge Lorenzo.

According to Motorsport, Ducati Team manager Davide Tardozzi admitted to "being confident that the contract renewal would be signed soon" in early April, but a much different picture was painted earlier this week when Dovizioso's manager Simone Battistella said the two parties were "far apart."

"We are far. Here we've had a meeting with Ducati and finally we said we have to keep working to make Andrea feel comfortable," Battistella told Motorsport. "The rider (Dovizioso) is not asking for something extraordinary, nothing impossible, just what he deserves taking into account the job that he's doing. But at the moment, we are not close to a deal."

The 32-year-old Italian rider isn't letting the fantasy of winning more races with a racing team from his come country lower his salary expectations, especially when his teammate's salary is said to be $12-million per year, while Dovizioso's is only $2 million annually. The staggering salary gap is even more insulting when the two riders' results are analyzed closely.

Dovizioso has won seven of the last 16 MotoGP races and currently leads the 2018 world championship. In comparison, Lorenzo sits in 16th spot in the world championship and hasn't even come close to matching the Dovizioso performance during any of the 2018 races.