Ducati did not reveal how much Dovizioso’s new yearly salary will be moving forward. 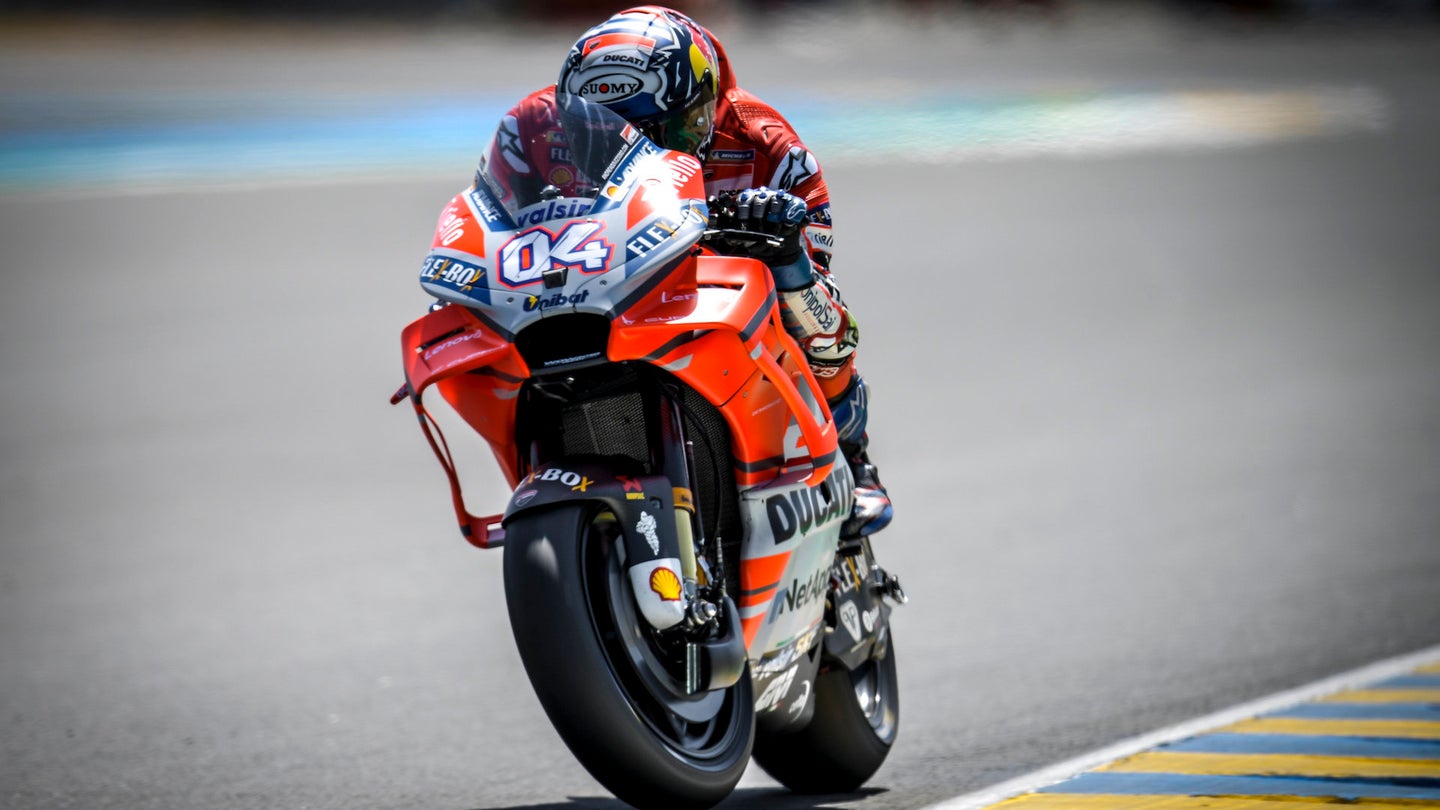 Andrea Dovizioso has officially signed a new two-year contract with the Ducati MotoGP team, which will see him stay with the Italian outfit until the end of the 2020 racing season.

The announcement was made official on Friday, while the MotoGP circus was setting up for the first day of practice at the Le Mans racing circuit in France. Neither party specified how much the contract is worth, or any other details regarding Dovizioso's compensation, but it's safe to say that it's considerably more than Ducati originally had offered.

Simone Battistella, Dovizioso's manager, had previously admitted that the two parties were "far apart" in terms of compensation and that he simply wanted what a sum that reflected "the job that Dovizioso was performing in the championship." The initial contract became a bigger topic of discussion when Dovizioso went on to perform flawlessly during the first part of the 2018 season, while his teammate, world champion Jorge Lorenzo, was doing the exact opposite.

Dovizioso was involved in a dramatic crash at the Circuito de Jerez during the previous round of the MotoGP championship that also saw Lorenzo be collected by the Honda Repsol of Dani Pedrosa. As a result, the Italian dropped to fifth place in the overall standings, where he remains as the action in Le Mans begins to heat up.

Now that its best performing rider has been secured, Ducati must find another as rumors that Lorenzo will not be sticking around one more year are running like wildfire. Whether it's Suzuki or maybe even Honda (if Pedrosa retires), it will be interesting to see where Lorenzo's fiery temper is welcomed.