The Honda Repsol of Dani Pedrosa recorded the third-fastest time of the session. 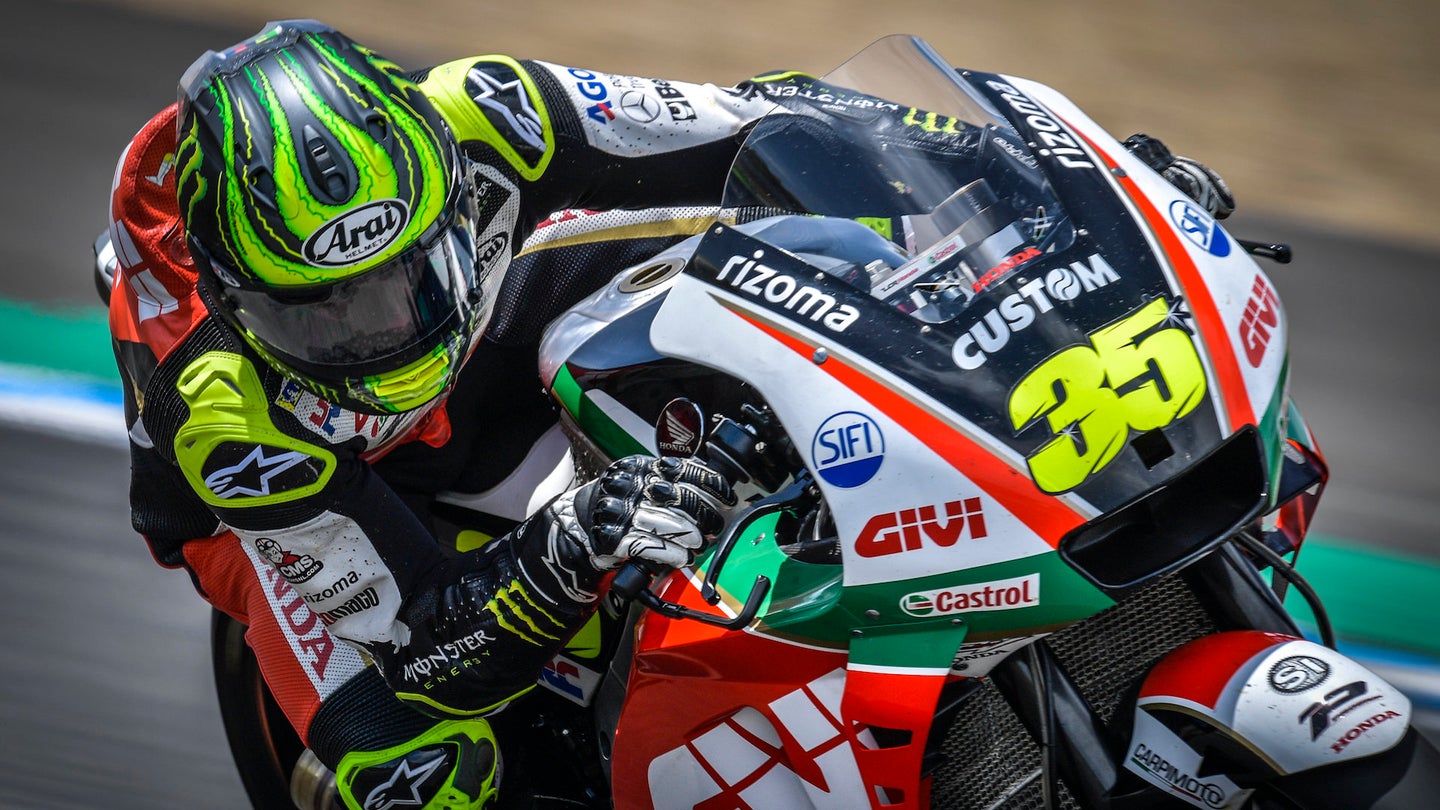 A total of nine MotoGP motorcycle racing teams chose to extend their stay by one more day at the Circuito de Jerez after Sunday's Grand Prix of Spain, and participate in a sanctioned one-day open test. Yamaha Tech 3's Johann Zarco led the test, which revolved around a new Michelin rear tire.

The Frenchman logged a total of 63 laps around the Spanish circuit, clocking in a best time of 1:37.730. The second best time was achieved by the LCR Honda of Sunday's pole-sitter Cal Crutchlow, who used his time wisely and also tested a series of front fairings, ultimately recording a lap time of 1:37.947, just 0.217 seconds behind Zarco.

Another duo that focused on aerodynamics testing, as well as tire testing, was that of Dani Pedrosa and reigning MotoGP world champion Marc Marquez, who logged more than 70 laps around the 2.7-mile circuit. The Spaniards focused on tire and suspension baseline setups for future races, as well as electronics. Pedrosa ultimately finished the test in third place with a lap time of 1:37.980, while Marquez had to settle for fifth place.

Yamaha's Valentino Rossi and Maverick Vinales participated in the test, but had a relatively quiet day, only focusing on solving several problems that plagued their machinery over the weekend. MotoGP world champion and current Ducati rider Jorge Lorenzo opted for not participating in the test, and so did his teammate Andrea Dovizioso, who recently made headlines for rejecting the salary offered by Ducati on his new two-year contract extension.

MotoGP heads to Le Mans, France next, where the world championship standings are likely to get even hotter.