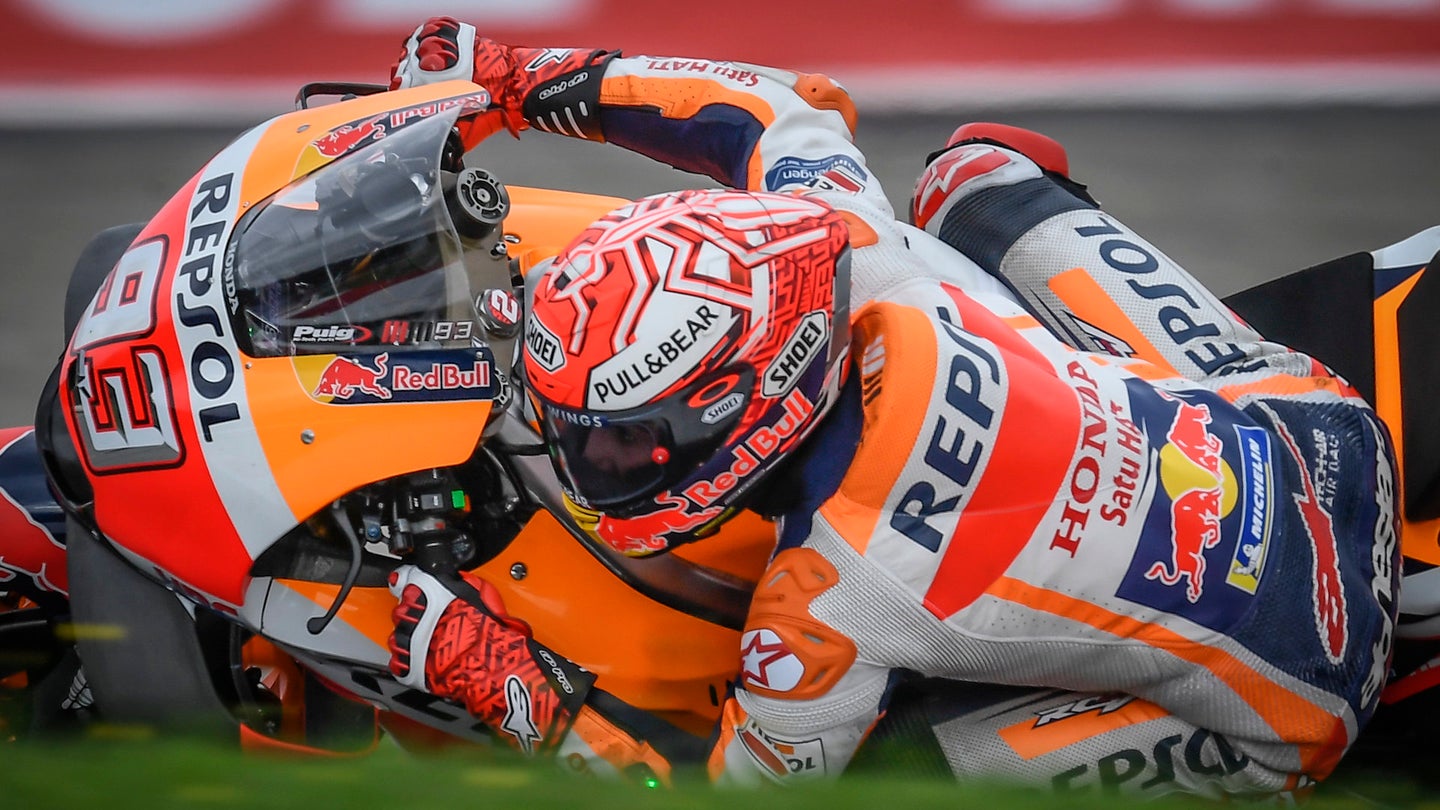 Reigning MotoGP world champion Marc Marquez pulled off a last-minute stunner at the Red Bull Ring in Austria, where he rode his Repsol Honda to pole position ahead of Ducati riders Andrea Dovizioso and Jorge Lorenzo. More importantly, he managed to do so by a minuscule 0.002 seconds.

The popular Spaniard is known for his aggressive riding style, and that's exactly what helped him get ahead in the ultra-competitive qualifying round for Sunday's Grand Prix of Austria. In fact, Saturday's gap between first and second place qualifiers is the closest margin since Germany in 2003, a whopping 15 years ago. Needless to say, this newfound rivalry between the Hondas and Ducatis will produce an exciting race on Sunday.

Further back it's Danilo Petrucci who will lead the second row, as the future factory Ducati rider aims to impress the Borgo Panigale team ahead of his official time as a red rider. Following him in fifth and sixth place are the satellite Honda and Yamaha of Cal Crutchlow and Johann Zarco, who simply didn't have the proper balance to keep up with the frontrunners, although with a gap of just 0.6 seconds to the leader they aren't terribly far.

As we've seen in recent races this summer, track temperature will play a big role in tire degradation, which so far has cost the likes of Lorenzo and Valentino Rossi at least one win each this year. And speaking of Rossi, The Doctor could only manage to secure 14th place on the grid for tomorrow's race.

"During this weekend I was unlucky, because the only dry session for going into Q2 was Friday morning and I broke the bike after three laps," said Rossi. "With the other bike I wasn't strong enough to be in the top-10. The other problem is that, when we tried the soft tyre today in the qualifying, I didn't feel good. It didn't work well for our bike. Starting from the fifth row will be chaotic with everybody going crazy in the first braking zone. We have to overtake in that moment, and then we'll see."

With tomorrow's weather calling for hot ambient temperatures with a strong chance for rain, only time (and a little bit of luck) will decide who climb to the top step of the Austrian podium.