With the championship-leading Ferrari under him and two main competitors out of play, pole was almost as easy as it gets for Seb. 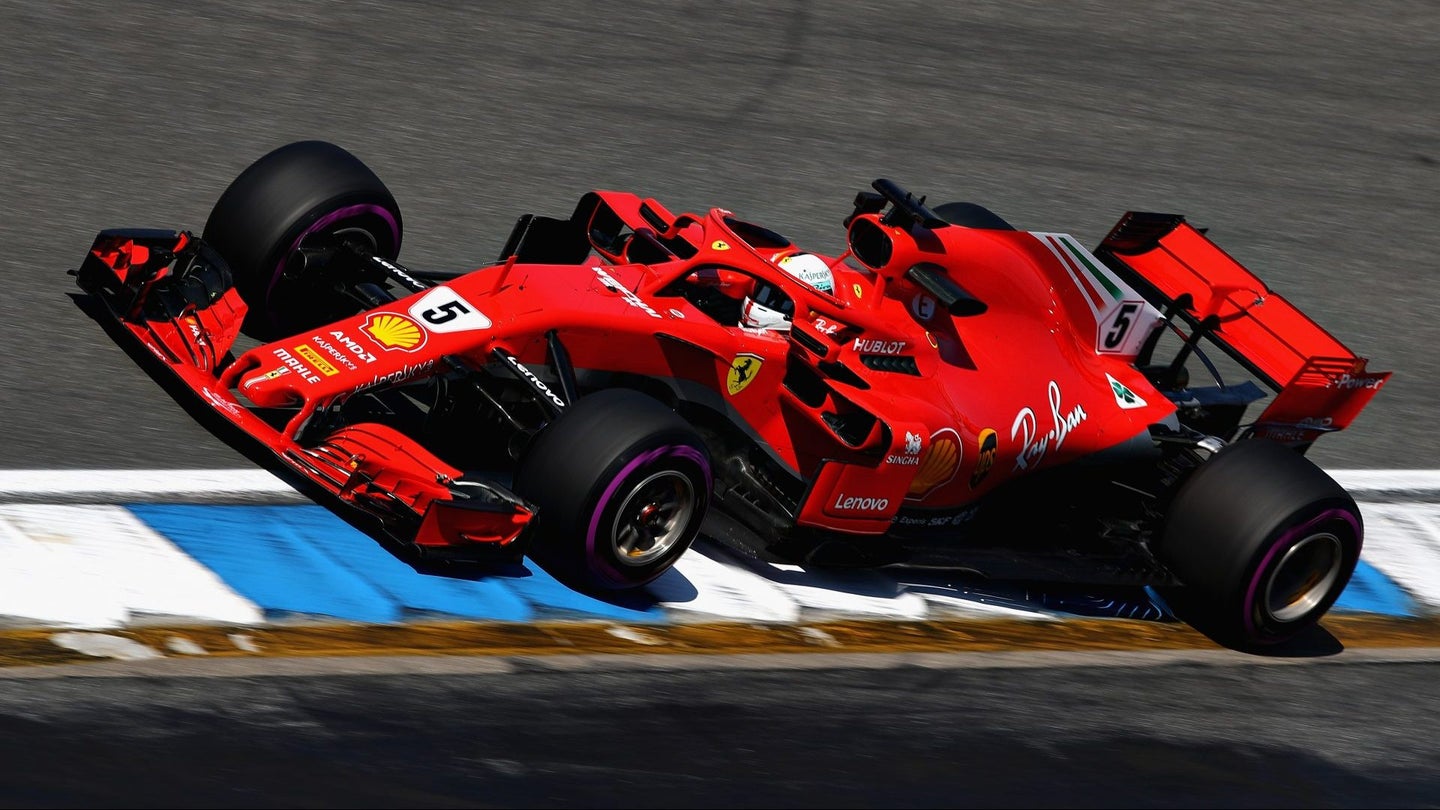 Ferrari's Sebastian Vettel finished qualifying at the German Grand Prix at the top of the charts with a new Hockenheimring lap record of 1:11.212. The sheer grunt of Vettel's Ferrari engine pulled a large portion of the 0.453-second gap between him and his closest rival Valtteri Bottas of Mercedes through the lengthy straights of sectors one and two, though the Finn clawed 0.218 of this back through the stadium sector at the end of his best lap.

Bottas' teammate Lewis Hamilton was eliminated from qualifying in Q2 by setting an adequate lap in Q1 before his transmission lost hydraulic pressure, sending him wide at Turn 1. Hamilton reportedly stated the problem occurred prior to the first corner, stranding his Mercedes with transmission failure for the second time in three race weekends, previously occurring during the Austrian Grand Prix. Without a car to drive in Q2, Hamilton was eliminated and will start P14 on Sunday.

Kimi Räikkönen and Max Verstappen make up the grid's second row, the latter slipping back after leading Friday practice. The second Red Bull driver, Daniel Ricciardo, was nowhere to be seen after Q1, setting a time only so that he could start on the grid instead of the pit lane, his 20-place grid penalty nullifying any qualifying performance.

The third row is uncharacteristically made entirely of Haas drivers, Kevin Magnussen back in front of Romain Grosjean, despite the latter looking faster on Friday. Double yellows are waved behind the two, with a solid Renault row, Nico Hülkenberg outpacing Carlos Sainz Jr. once again. Charles Leclerc hauled his Alfa Romeo Sauber to Q3 once more and will start alongside Sergio Perez of Force India.

Full starting order for the German Grand Prix can be found below, with penalties acknowledged.