A solid start to the weekend for the Dutchman in Deutschland. 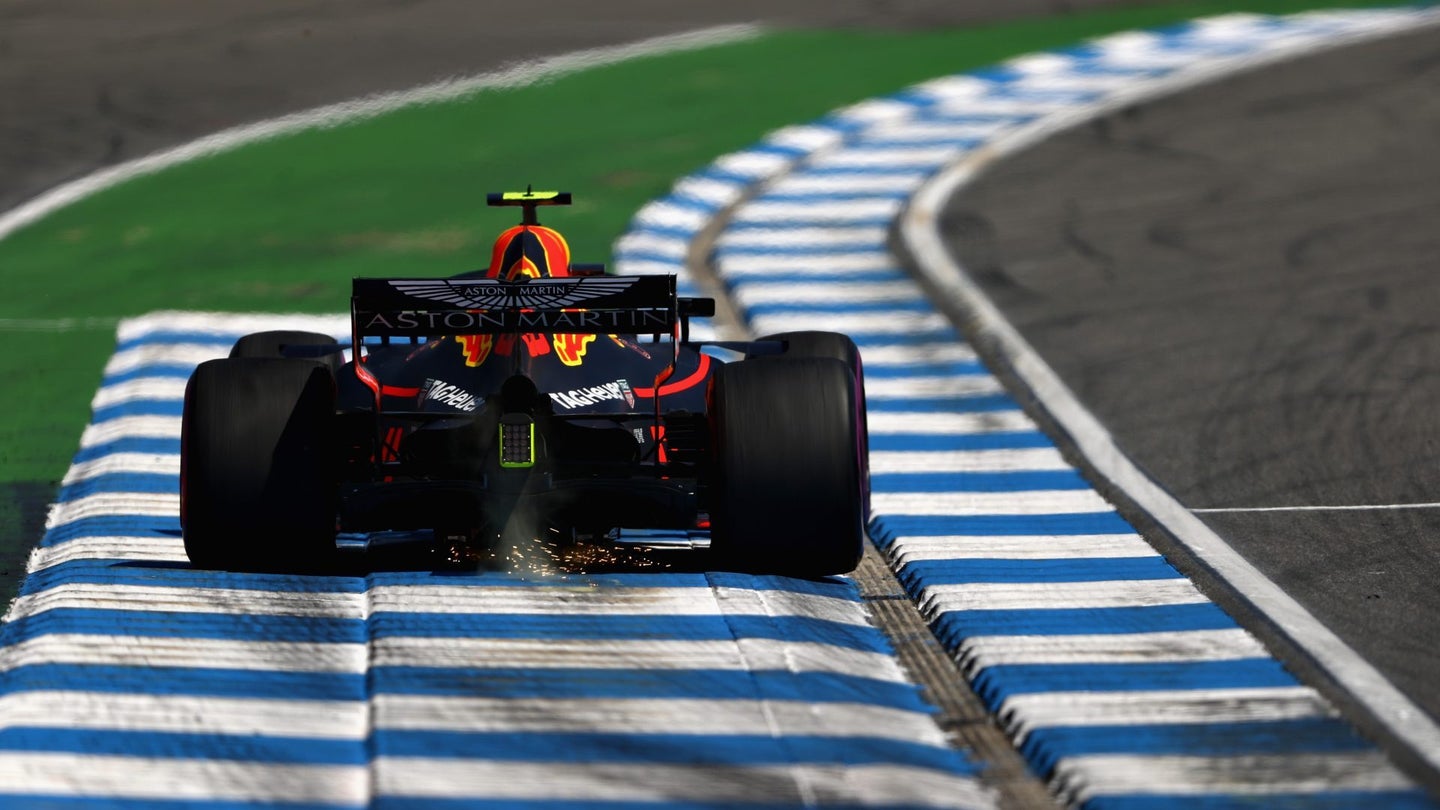 Call him the Flying Dutchman, because Red Bull has given this boy wings: Max Verstappen set the fastest time in Friday free practice for the German Grand Prix. Verstappen's time is 0.44 seconds ahead of his teammate Daniel Ricciardo's, with the Australian slowing in the second practice session instead of accelerating to develop his setup and race strategy, accounting for a series of grid penalties that slap him with a combined 20-place forfeiture, ensuring a start from the rear regardless of qualifying performance.

Hot on the heels of Max are the Mercedes of Lewis Hamilton and Valtteri Bottas, both within two tenths. Further off are the championship-leading Ferraris, Sebastian Vettel ahead of Kimi Räikkönen as usual, potentially handicapped by severe tire blistering.

Skipping dark horse Danny Ric, the fastest of the midfield teams is again Haas, where Romain Grosjean showed both greater pace and more improvement between sessions than teammate Kevin Magnussen. The Frenchman is in desperate need of strong performances to dissuade doubts about his future in Formula 1, with a series of clumsy crashes in the season's opening leg calling to mind the quick, but crash-prone Grosjean of yore.

Under two-tenths behind Magnussen is the prodigious Alfa Romeo Sauber driver, Charles Leclerc, who is more than four-tenths ahead of teammate Marcus Ericsson, who gave up his own morning practice session for the team's test driver Antonio Giovinazzi. Force India too fielded its development driver Nicholas Latifi in the morning, displacing Esteban Ocon who returned in the afternoon to squeak ahead of more experienced teammate Sergio Perez.

Both lie behind Perez's former teammate Nico Hülkenberg, who keeps the gate between the top and bottom halves of the field in tenth. His teammate Carlos Sainz Jr. may look distant down in 13th, but the two are within a tenth, split by the Force Indias.

British legacy teams McLaren and Williams both struggle so far this weekend, both languishing in the bottom four by themselves. Stoffel Vandoorne in particular looks rough, more than six-tenths behind Fernando Alonso.

A full list of best times and improvement margins can be found below.