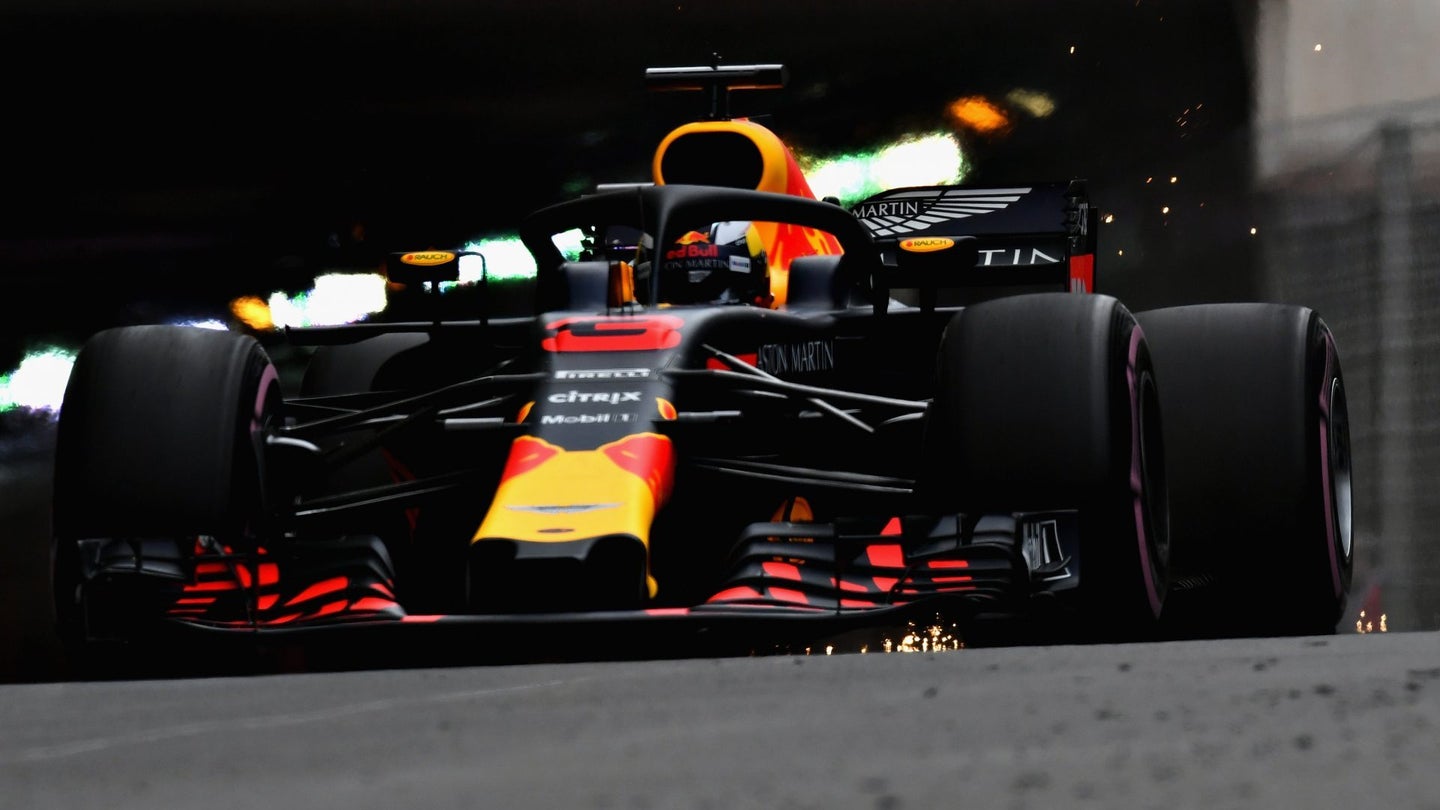 Monaco is the only Grand Prix to host its free practice sessions on a Thursday. It does so to free up Friday travel for the city's inhabitants, both permanent and temporary, of which the number swells by hundreds of thousands during the race weekend. Monaco is significant to the 2018 calendar because it is the first race of the season at which the pink-walled, hyper soft tire will be used, and put it to use is exactly what the Red Bull Racing boys did.

In Thursday's free practice, Daniel Ricciardo led the field, his fastest lap of 1:11.841 making him the sole driver to limbo under 1:12 this weekend. This puts the Australian on top of practice for the second time this season, the first being in Azerbaijan. Hot on his heels, however, is Dutch teammate Max Verstappen, nary two-tenths down, and a promising start to what could be Verstappen's best weekend of the season so far.

Ferrari and Mercedes are again staggered, Sebastian Vettel over Lewis Hamilton by 0.067 seconds, and Kimi Räikkönen over countryman Valtteri Bottas by 0.099 seconds. Behind them, McLaren splits Renault, with Stoffel Vandoorne and Fernando Alonso (in that order) squeezing ahead of Carlos Sainz Jr., but filing behind Nico Hülkenberg. Brendon Hartley trails them, best of the bottom ten, but by slim margins: positions six to 11 are separated by less than two-tenths.

Haas' Kevin Magnussen saw an improvement of over five seconds between practice sessions, owed to a fuel system problem that canned his first session early. He, Sergey SIrotkin, and Charles Leclerc are all ahead of their more experiences teammates.

A full list of the fastest laps of Thursday can be found below, with the delta between sessions included.

The racer who also drove a 919 Hybrid at Le Mans gives his insight on Porsche’s new EV.

This tiny 1.5-liter unit manages to crank out 600 horsepower and proves that small displacement, forced induction engines can sound fantastic.