The young Dutchman looks to bounce back from his rough weekend at Monaco by setting the fastest time in FP1. 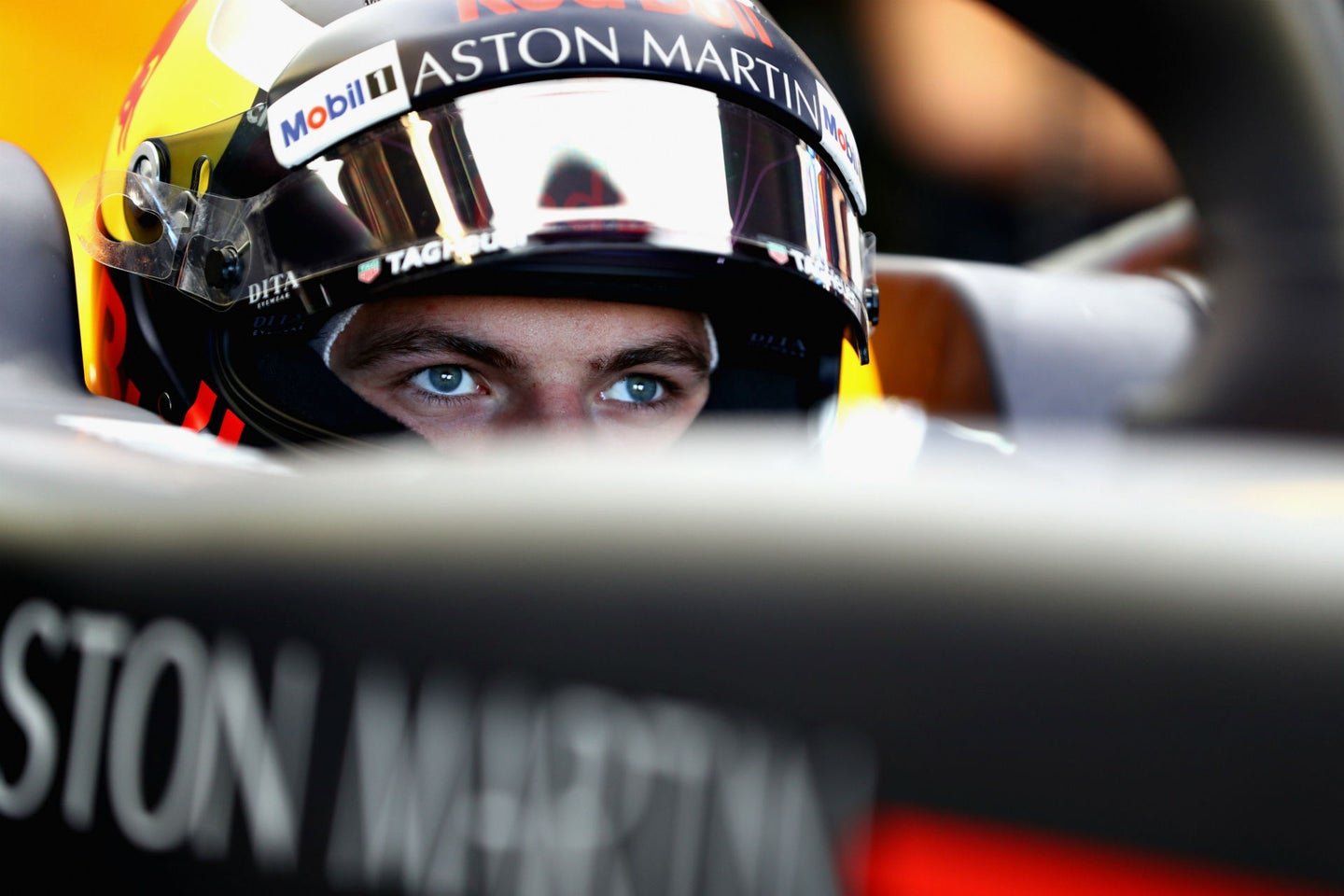 Red Bull Racing's Max Verstappen set the fastest time in Canadian GP Free Practice 1 at Circuit Gilles Villeneuve with a 1:13.302. His time was 0.088 seconds clear of championship points-leader Lewis Hamilton and a full two-tenths faster than his teammate Daniel Ricciardo who's nursing a repaired MGU-K (energy recovery unit) after his recent win at Monaco.

The session started with Fernando Alonso setting fast times on Pirelli Hypersofts in his McLaren before the second half of the field took to the track. The Spaniard would eventually concede the lead and finish FP1 in P7. Action was then red flagged as Nico Hulkenberg came to a halt before setting a lap time which paused practice 30 minutes into the hour and a half session. Once the circuit was cleared, Mercedes and Red Bull began to dig in their heels by setting consecutively faster times—Mercedes with Hamilton and Bottas while Verstappen trumped Ricciardo on the other side of things.

Verstappen fended off Hamilton, the Briton closing the gap towards the end but eventually finishing with a best time of 1:13.390. He was followed by Ricciardo in third place and Ferrari's Sebastian Vettel in fourth, both edging out Valtteri Bottas and Kimi Raikkonen for the superior spots in Formula 1's consistent top-six.

As noted, Alonso was best of the rest while fellow Spaniard and Renault F1 driver Carlos Sainz ended in P8. McLaren's Stoffel Vandoorne finished FP1 in ninth place, just over one second off the fastest pace, and concluding the top ten was Toro Rosso's Pierre Gasly who lapped the Montreal track in 1:15.004.

Force India, Haas, Sauber, and Williams all fell collectively into the bottom half.

Free Practice 2 begins at 2:00 p.m. EST on Friday with FP3 and Qualifying taking place on Saturday.