The most recent Monaco-winner will have a significant gap to overcome in Montreal. 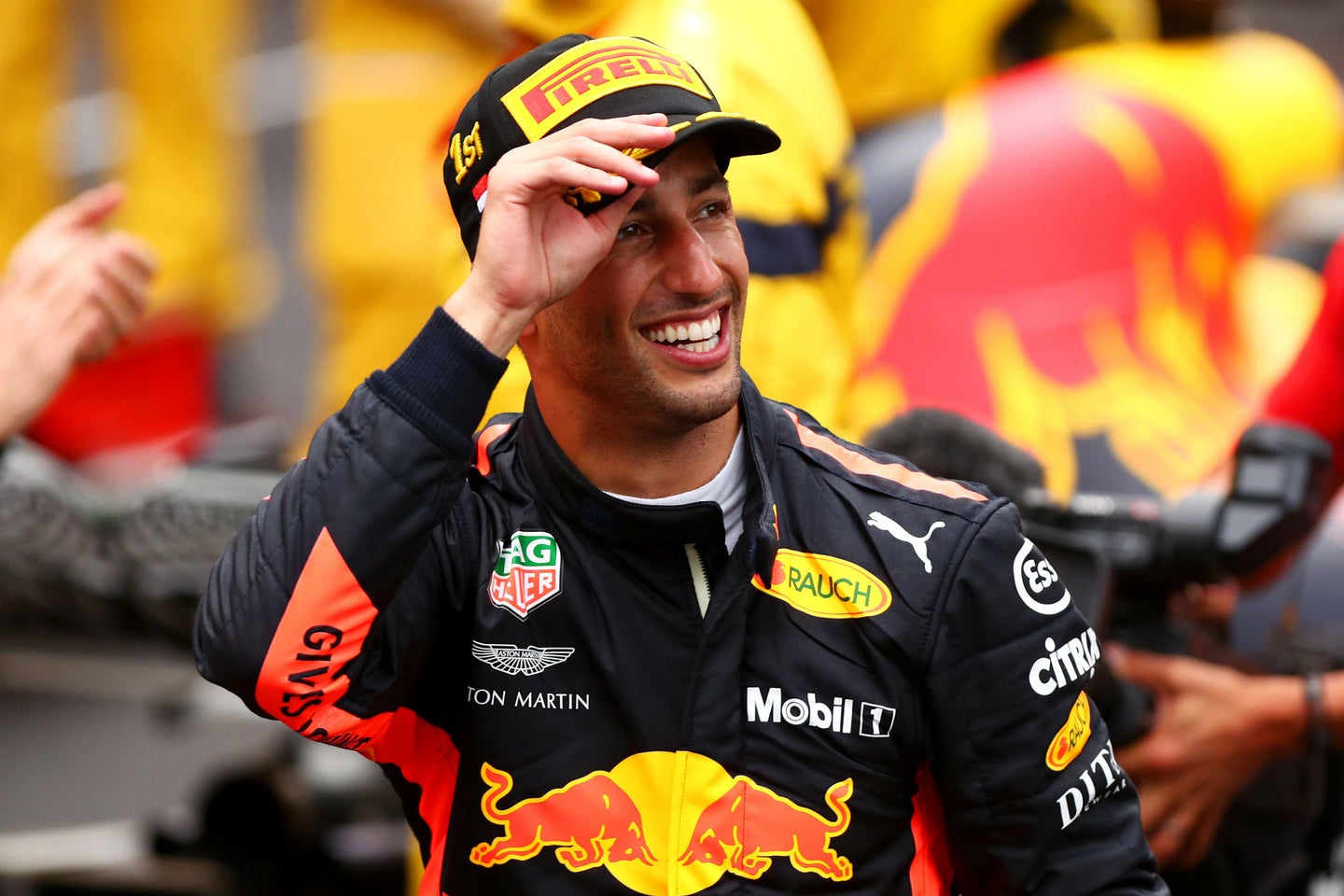 According to Red Bull F1's Chief Technical Officer Adrian Newey, Daniel Ricciardo will face grid penalties at this weekend's Canadian Grand Prix, albeit unclear how harsh they will be. The Australian suffered an MGU-K failure at May's Monaco Grand Prix, which he won despite a ~160 horsepower handicap due to the hybrid energy recovery component's fault, and will resultingly need to replace the part ahead of the contest at Montreal. Ricciardo has already used up his two allotted MGU-Ks for the season, and per Newey's latest reply to a Reuters reporter, the part which failed at the last race is not salvageable.

"I rather doubt it, considering it caught fire and was a burnt out, charred wreck," Newey explained when questioned if the equipment was viable to run again in Canada. "I would be somewhat surprised at that one."

Automatically, the penalty for an extra MGU-K equates to a 10-position forfeiture.

Ricciardo has also used up all of his apportioned power unit energy stores (battery) and control electronics. If either of these needs to be replaced, Red Bull and Ricciardo will suffer an additional five-spot penalty per change.

Renault, Red Bull's engine supplier, will field an upgraded PU at Canada via its works team. Newey explained that the revised powerplant is worth "a tenth of a second," which is significant, but not "make or break" according to the longtime engineer.

Lewis Hamilton currently leads the Drivers' Title standings with 110 points, 14 ahead of Ferrari's Sebastian Vettel and 38 ahead of Ricciardo, all of whom have won two races apiece going into the seventh race of the 2018 campaign.