The Frenchman’s slip up in Spain adds to the woes of his 2018 season. 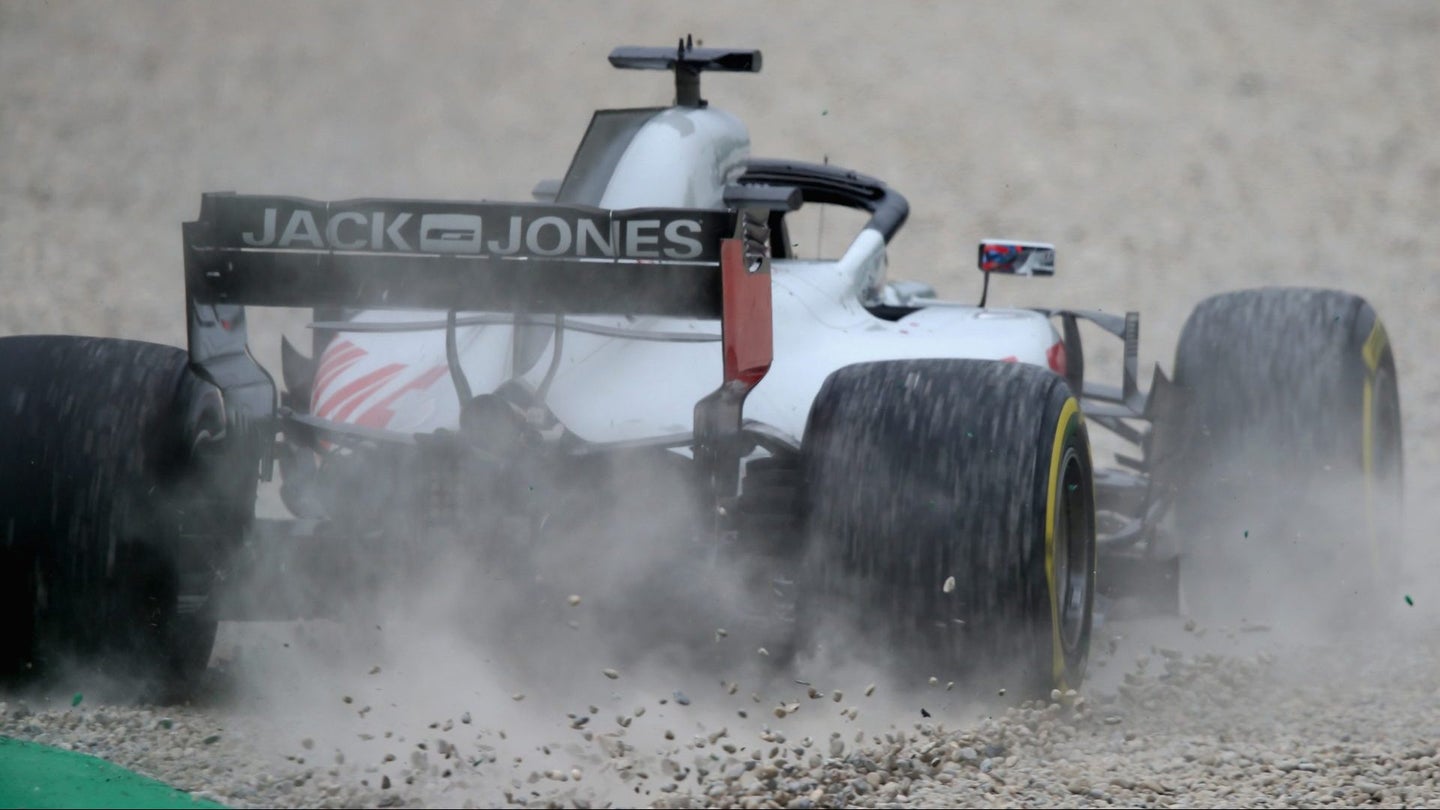 As a result of his loss of control that knocked two other drivers out of the Spanish Grand Prix on lap one, Haas' Romain Grosjean has been slapped by the FIA with a three-place grid penalty, and two points on his FIA Super License.

The crash itself occurred as a result of several factors, one of which was the reduced grip caused by rains the previous night. All drivers struggled to find grip, and Grosjean's evasive reaction to his teammate Kevin Magnussen going wide in turn three destabilized his Haas VF-18. The blast of downforce-disrupting turbulent air only made things worse for Grosjean, whose attempts to correct the oversteer slide in which he found himself failed. In the end, Renault's Nico Hülkenberg and Toro Rosso Honda's Pierre Gasly sustained race-ending damage as a result of colliding with Grosjean, prompting the former to lash out.

Grid penalties for Monaco carry greater consequences than at most other tracks on the calendar, due to the infamous difficulty that comes with overtaking on the narrow Monegasque streets. Even if Grosjean's pace is strong all weekend, overtaking opportunities to counterbalance a handicapped qualifying result will be sparse.

It will also mark the sixth consecutive suboptimal Grand Prix weekend for the Frenchman in 2018. His race in Australia, along with his teammate, was ended by pit-stop mistakes, and a lack of pace at the following two Grands Prix was made more painful by seeing Magnussen score at each race. A clumsy switch bump caused Grosjean to crash under the safety car in Azerbaijan, and the faults of the Spain weekend were outlined above.

Grosjean, then, may have to wait until the Canadian Grand Prix next month to unleash his Haas VF-18's unprecedented pace. If luck is not with him in Canada, then we can only hope the following race weekend at his home Grand Prix in France is his ticket into the points.