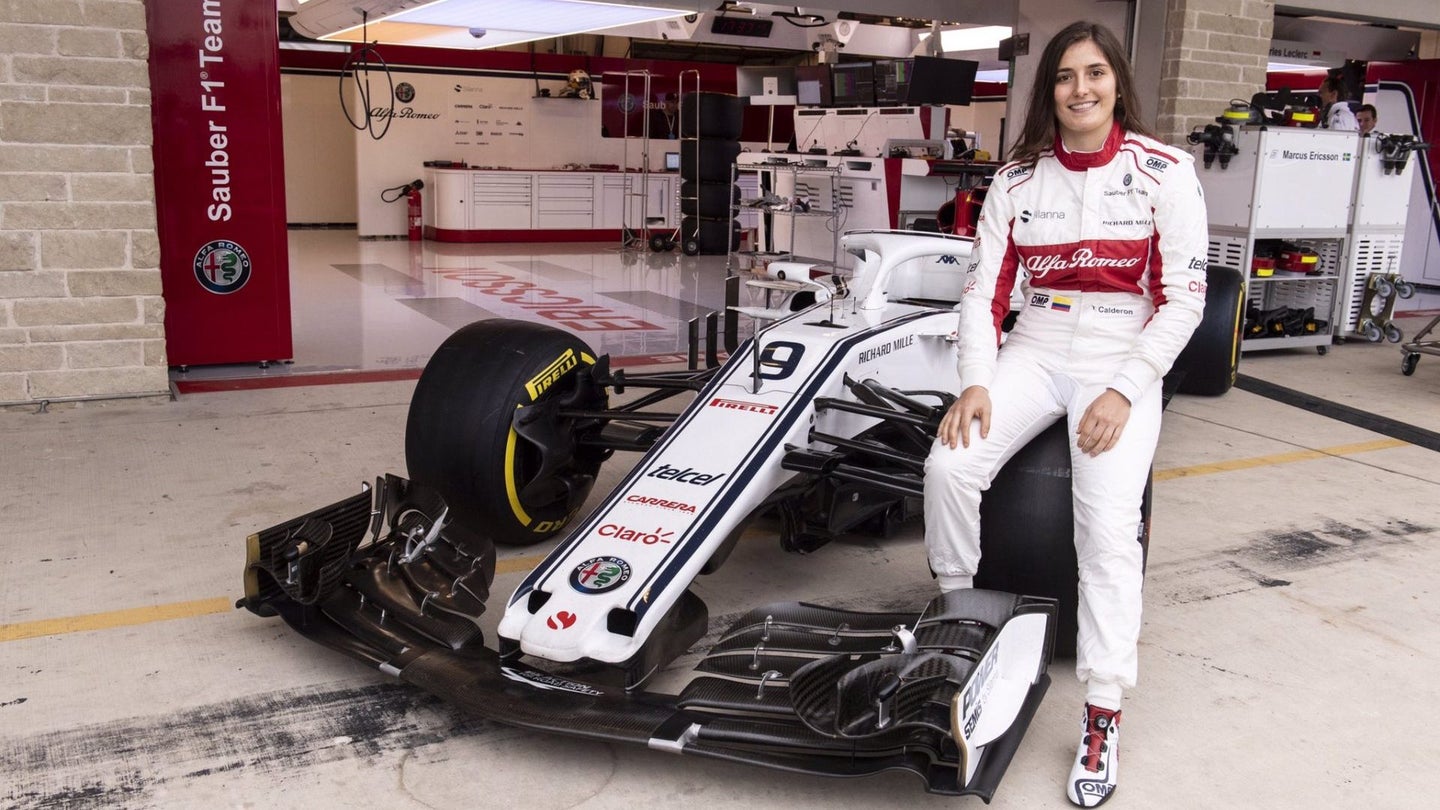 Alfa Romeo Sauber announced Friday during practice for the Mexican Grand Prix that its Columbian test driver Tatiana Calderon will drive the team's 2018 car on Tuesday, Oct. 30 as part of a filming day.

Calderon's drive will cover 100 kilometers (62 miles) of driving at Autódromo Hermanos Rodriguez, the site of the Mexican Grand Prix. Her track time will be filmed as part of a promotional testing day.

"I am very thankful and excited about the opportunity given to me by the Alfa Romeo Sauber F1 Team, Escudería Telmex, Telcel, Infinitum and Claro to drive a Formula One car for the first time in my career," stated Calderon in the team's press release.

"Since I started racing, my dream and goal has been to drive at the highest level one day. It will be an incredible experience to discover the Autódromo Hermanos Rodriguez from the cockpit of the Sauber C37 in Mexico City. As a Latin American driver, there could not be a more special place for me to make my debut behind the wheel of a Formula One car."

"We are very proud to be part of Tatiana's project," added América Móvil chairman Carlos Slim Domit, who praised Calderon's influence on young female drivers. "Her career has been built with talent, effort, sacrifice and dedication which is widely reflected in her results that have made her the first Latin American woman to be part of a Formula One team with the Alfa Romeo Sauber F1 Team. This allows her to achieve a new goal representing an important step in her career and pride for all race fans in Colombia and Latin America, particularly for women and racing in general."

Calderon has caught flak in recent weeks for her vocal support of a controversial women-only Formula 3 championship, which many professionals see as limiting to its participants. Her success in similar series is limited, save for a second-place finish in the 2015-16 season of MRF Formula 2000, which prompts some to question her level of development as a driver. Nevertheless, if Calderon is given the chance to grapple with her Sauber at full tilt, she may be able to show the capability to race in F1 when a suitable seat opens. Let's hope she gets the chance.

Forza Horizon 4: The Best Arcade Racing Game of All Time
The Drive
MORE TO READ